The sustainable voyager’s guide to the galaxy

Understanding how aliens might travel helps us know where to look for life. 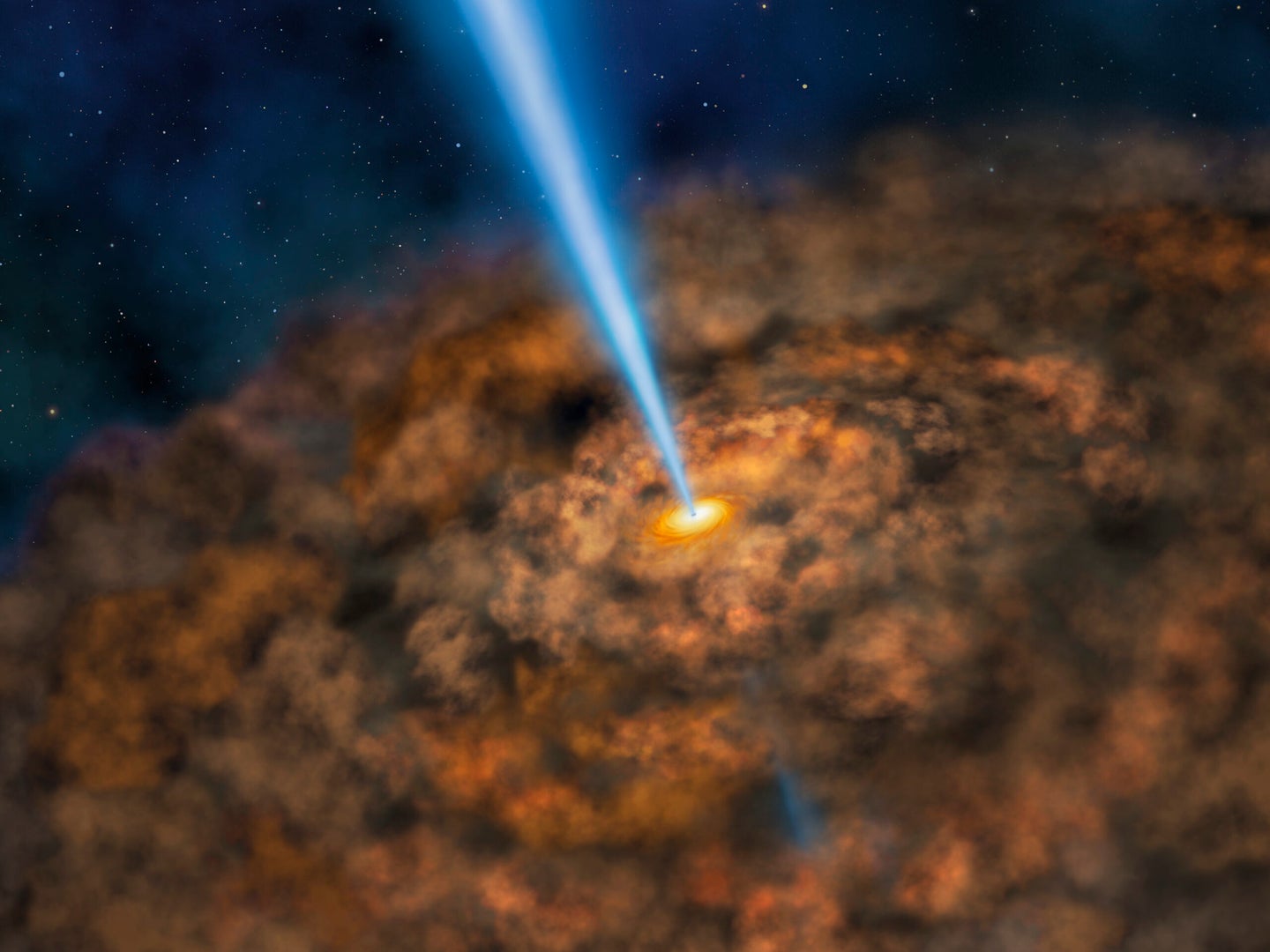 A sweet ride if you can get there. Advanced civilizations could sail away on black hole jets at the center of some galaxies. Lynette Cook
SHARE

Greta Thunberg’s transatlantic voyage showed the world that inter-continental travel doesn’t have to rely on fossil fuels. By harnessing the freely available energy blowing in the wind, the 16-year-old Swede managed to sail around 3,500 miles from the UK to New York, all without burning an ounce of gasoline or diesel. But what she gained in energy, she paid for in time. A journey that most air passengers make in seven to eight hours took her and her crew two weeks.

A desire to minimize carbon emissions motivated Thunberg’s unorthodox transportation choice, but economically-minded aliens wishing to conserve energy might make similar sacrifices, according to not-yet-peer reviewed research published on the website arxiv last week. Rather than attempting to cross the unimaginably vast gulfs between stars using gas-guzzling rockets or antimatter drives, extremely advanced civilizations could harness the energy from some of nature’s most violent outbursts—such as dying stars and ravenous black holes—and sail on the bursts of light and particles they emit just as Thunberg sailed on the transatlantic winds.

“You’re basically willing to wait for a long time,” said Manasvi Lingam, an astrobiologist at the Florida Institute of Technology who co-authored the work, “but the bonus would be that you get to travel at very high speeds.”

Two NASA interplanetary missions, Voyager and New Horizons, each took about a decade of traveling at roughly ten miles per second to reach their more distant targets in the solar system. Getting to a nearby star at those speeds would require almost 100,000 years though. Dreamers with less patience say that the trick is to forego heavy fuel in favor of tiny light sails driven by powerful lasers. A flotilla of such mini-probes could theoretically travel at a fifth the speed of light and reach the nearest star in two decades, but at the cost of 100 gigawatts—the total output of the Earth’s eight largest power stations (including China’s Three Gorges Dam and the US’s Grand Coulee Dam) combined.

In the meantime, various cosmic cataclysms—from exploding stars to black holes spewing jets of light and other particles—are just dumping energy out into space. Why generate your own power when you could take advantage of a free ride, wondered Lingam and his collaborator, Avi Loeb, a physicist at Harvard University. With extremely advanced technology, spacecraft with a light sail (a mode of transportation currently being tested in Earth orbit) could “surf” the unusually bright output of a supernova thanks to tiny nudges from light’s particles, Loeb suggested in a recent blog in Scientific American. Now in the new publication, Lingam and Loeb put their intuition to the test, calculating how fast varying kinds of sails could travel while riding the waves of different natural phenomena.

They found that a spacecraft’s top speed varies wildly depending on its theoretical energy source. A supernova, for instance, may shine with the brightness of a billion suns, but can accelerate a light sail to only about one tenth the speed of light (assuming that the aliens start their journey far enough from the explosion that the craft never gets much hotter than a balmy 80 degrees Fahrenheit).

Civilizations lucky enough to find themselves near the supermassive black hole at the center of a galaxy could travel faster. As gas and dust and wayward stars plummet inwards toward the black hole, their energy can be released in the form of powerful jets—some of the brightest known objects in the universe. Riding those jets, a light sail could drag a spacecraft to 90 or even 99 percent light speed, fast enough for intrepid sailors reach a neighboring galaxy in as little as a million years. That might seem like a long time, Lingam says, but it’s not so bad compared to making the same trip on a rocket, which would take roughly the age of the universe.

Of course, such calculations really push the phrase “easier said than done” to new extremes. Lingam stresses that this research is purely conceptual and does not address pesky engineering challenges like building a ship that can survive bombardment from a supernova or stay perfectly oriented when buffeted by a black hole’s jet. They did consider the drag from interstellar particles that could stop a craft sailing the doldrums between explosions and found that simple measures such as folding the sail after the initial acceleration could increase a ship’s range from a few light years to thousands.

Another drawback to the transportation method is that such cosmic catastrophes aren’t easy to come by. Unless we spend the next few eons hoofing it over to Betelgeuse and get really lucky, who knows when or where another supernova will happen? And forget riding black hole jets. Our friendly neighborhood supermassive black hole isn’t switched on in that way, and getting to another galaxy with rockets would take billions of years. Bright explosions might make interstellar travel affordable, but most civilizations would have to achieve interstellar travel to take advantage of them—the ultimate catch-22.

Lingam says that if he were leading a super-spacefaring civilization, he might take a fleet of so-called “electric sails” and seek out pulsars—spinning, magnetized, collapsed stars. These bodies push out powerful “winds” of charged particles. Specialized electric sails could push off this charged wind with an electric field, sailing off into the cosmos at nearly the speed of light. Astronomers have spotted thousands of pulsars, making them more accessible candidates for local travel hubs from which aliens might set off on an interstellar journey, much as Thunberg traveled to the UK from Sweden before crossing the Atlantic. It would be “sort of like the oasis in the desert,” Lingam says, “with different animals congregating together.”

This conclusion is one practical upshot of the extremely speculative work, which the researchers have submitted to The Astrophysical Journal. Astronomers searching for alien radio signals often focus on sun-like stars, but perhaps they should also consider pulsars, and listen for radio chatter from spacecraft preparing for longer voyages. Mainly though, the research is an exercise in probing the limits of what’s possible, regardless of whether humanity will ever approach that boundary. We wanted “to see what is accomplishable with the laws of physics and what is not,” Lingam says.