Bats Are Worth $1 Billion To Corn Industry

Save the bats, save the corn 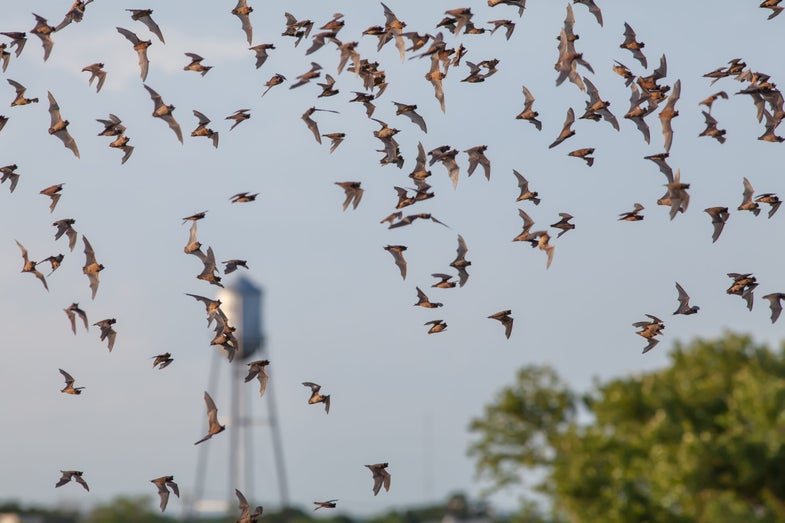 The weather is cooling down, just in time for decorations of harvest and Halloween to adorn candy shelves and craft stores. Bushels of corn and bats are at just about every grocery and drug store in the country, but bats and corn don’t just make attractive fall-themed decorations. They’re actually colluding in a billion-dollar partnership that benefits farmers across the nation.

Scientists and farmers have known for a long time that bats were a valuable contributor to the agricultural landscape, eating pests that would otherwise be eating crops. But they didn’t know exactly how much bats helped. In a new study published in PNAS, researchers were able to finally quantify the collaboration, and found that annually bats prevent nearly a billion dollars in pest damage around the world.

To get to this conclusion, researchers (funded by the non-profit Bat Conservation International) looked at 12 plots of corn in Illinois during the growing seasons of 2013 and 2014. In 6 of the areas, the researchers erected huge netting enclosures every night, keeping the bats at bay. In the other 6, bats were allowed to go about their batty business. The researchers found that the plots of land that were prevented from having bats had roughly 60 percent more corn earworm larvae gnawing on the ears of corn. The non-bat plots also had more fungus growing on the corn.

And while one corn fungus, known as corn smut, is slowly turning into a delicacy in some places, for the most part farmers would prefer their crops be pest and fungus-free.

Despite playing such a large role in agriculture, bats are the most endangered land mammal in North America. Luckily, there are plenty of promising efforts to save bats from disease and human activity, which is good news, not just for the bats, but for anyone who loves popcorn or corn on the cob.