The bats, North America's smallest native species, may now be placed on the endangered species list. 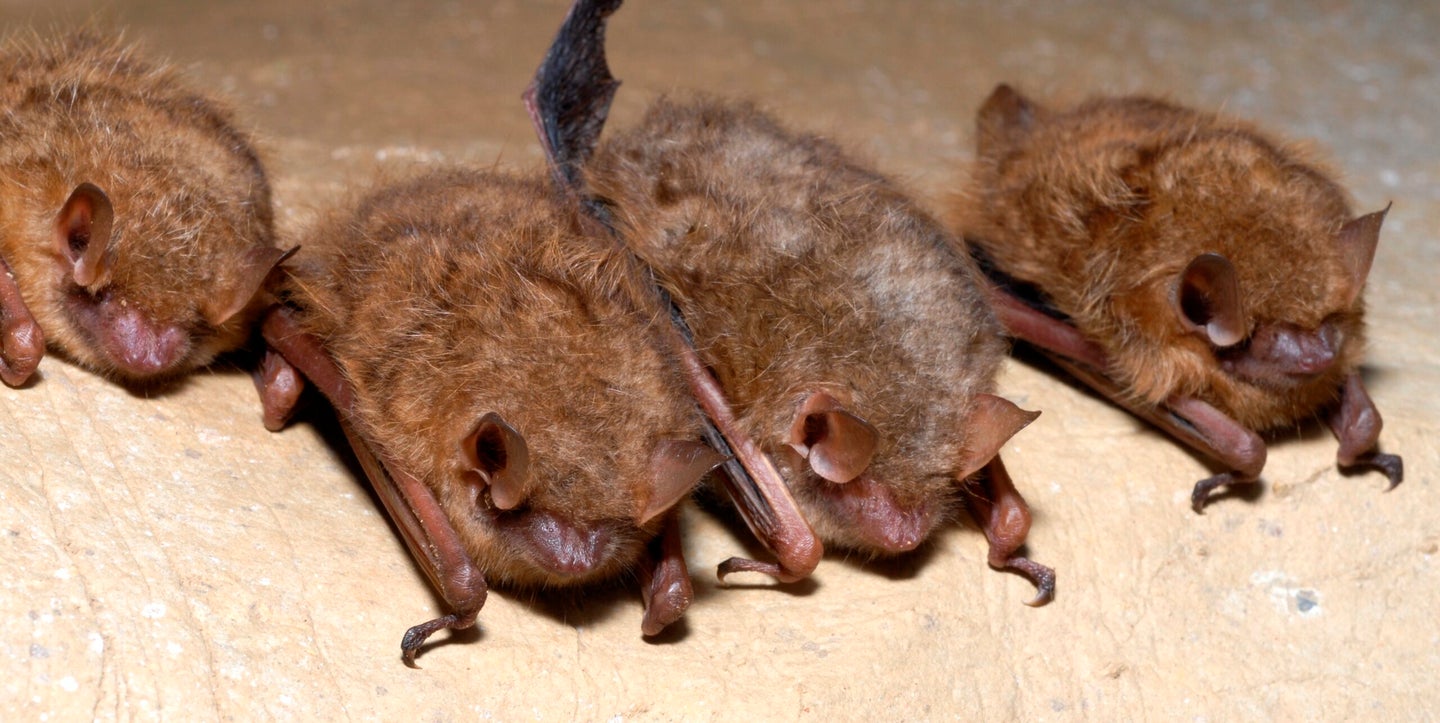 For tricolored bats (Perimyotis subflavus), hibernation can be anything but relaxing. It can be deadly. A fungal disease called white-nose syndrome thrives in cold, damp, and dark conditions, like the caves bats where hibernate. The disease, which causes multiple symptoms including wing damage, excessive hibernation activity, and fungal growth on the wings is nearly driving the vulnerable species to near extinction. The disease has a fatality rate often as high as 90 to 100 percent.

Yesterday, the United States Fish and Wildlife Service (USFWS) announced a proposal to place the tricolored bat on the endangered species list due to this disease. “White-nose syndrome is decimating hibernating bat species like the tricolored bat at unprecedented rates,” said USFWS Director Martha Williams in a press release. “Bats play such an important role in ensuring a healthy ecosystem. The (USFWS) is deeply committed to continuing our vital research and collaborative efforts with partners to mitigate further impacts and recover tricolored bat populations.”

According to the USFWS, bats contribute at least $3 billion annually to agriculture economy through pest control and pollination. If put on the endangered species list, the tricolored bat will be protected by the Endangered Species Act (ESA). A review from the USFWS shows that white-nose syndrome has caused “estimated declines of more than 90 percent in affected tricolored bat colonies and is currently present across 59 percent of the species’ range.”

[Related: One cave’s losing battle against a deadly bat fungus.]

Tricolored bats are found in 39 states east of the Rocky Mountains, eight Canadian provinces, Mexico, Guatemala, Honduras, Belize, and Nicaragua. They are one of North America’s smallest native species and spend the majority of the year in forest habitats before spending the winter in caves and mines. Winter is the most common time for the fungus to sicken bat populations, however, the disease can be detected even before hibernation season. The Canadian province of Saskatchewan reported a case in Grasslands National Park in July.

The fungus that causes this disease (Pseudogymnoascus destructans) resembles a white fuzz on a the bare skin of a bat’s wings and snout. USFWS’s White-nose Syndrome Response Team says that the fungus makes the bats more active while they should be hibernating, burning off too much of the critical energy needed to survive the cold winter months.

[Related: “The secret to these bats’ hunting prowess is deep within their ears.”]

Scientists are still unsure what causes the disease. According to the USFWS, white-nose syndrome is by far the most serious threat to the tricolored bat, but other threats now have a large effect on bat populations as well. Some of these other threats include disturbance to the bats’ roosting, foraging, commuting, and wintering habitats and mortality at wind energy facilities. Changes in temperature and precipitation due to climate change are also exacerbating these threats.

The White-nose Syndrome Response Team suggests many ways to help protect bats, including building backyard bat houses, never disturbing bats, and staying out of caves and mines while they migrate.