The effects of agricultural practices on human health shouldn't be overlooked. 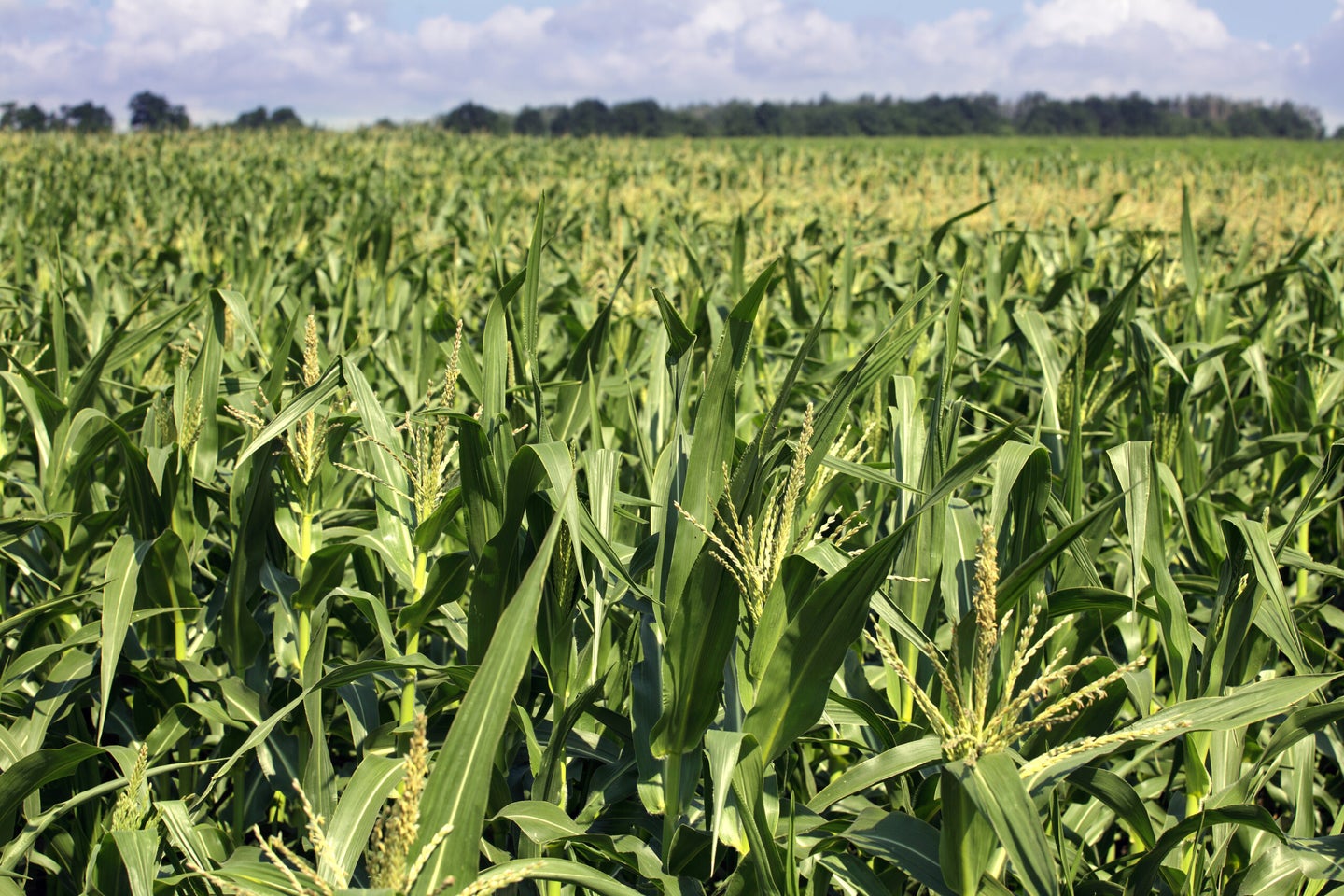 Lend your “ears” to this: A new study published this week in Nature found that America’s corn belt could contribute to thousands of air pollution deaths a year.

Scientists at the University of Minnesota attributed around 4,300 premature American deaths annually to air pollution resulting from corn production. To do so, they modeled the emission impacts of producing corn and compared them to local pollution-related deaths—and they found a striking relationship.

“You think air quality and you think coal plants, and you think dirty diesel trucks,” says Jason Hill, an engineering professor at the University of Minnesota and the study’s lead author. “Certainly both of those are major contributors to reduced air quality, but corn production? Yes, that too.”

Corn is the most widely produced feed grain in the U.S., taking up over 90 million acres of farmland mainly located in the Midwest and Great Plains. Farmers grew over 14 billion bushels of it last year, most of which wasn’t even directly consumed by humans. Each year, around 90 percent goes to feeding livestock and producing ethanol. America is also the world’s largest exporter of corn and heavily subsidizes its production to keep prices low.

Hill and his team wanted to determine the effects of agricultural practices on human health, specifically, farming’s contributions to air pollution. The researchers started by tackling the king of American crops: corn.

“Being the dominant crop on the U.S. landscape, it seemed like a natural place to start when it comes to understanding what the air quality impacts of our diets are,” Hill says.

The team created what’s called a “life-cycle assessment” model that tracked the environmental impacts of corn production—from the farm machinery used in cornfields to the creation of synthetic fertilizers. Commonly used to measure greenhouse gas emissions from various products, life-cycle assessments take into account a good or service’s entire supply chain—anything that contributes to its production.

While earlier stages of the corn supply chain (like fertilizer production) did have effects on air pollution, the study traced back over 86 percent of those impacts to activities that took place directly on farmland. Hill says most of that activity is the use of synthetic nitrogen fertilizers.

Nitrogen is necessary for corn growth, but because the grain doesn’t produce its own, it has to take nitrogen from the soil. To improve the quality of corn’s production, farmers involved with large-scale industrial farming practices artificially add nitrogen to soil. In fact, cornfields receive almost half the total amount of nitrogen fertilizers used in the U.S.

A popular nitrogen fertilizer is ammonia, which farmers inject into the soil as either a gas, solid, or liquid. Once in the dirt, ammonia converts into nitrate, a compound that plants can absorb. But some ammonia also escapes out into the atmosphere in the form of gas (known as volatilization). Hill says the percentage of ammonia that can escape a cornfield can vary depending on weather conditions and the type of fertilizer used.

Once that ammonia gets into the atmosphere, it contributes to fine particulate matter that causes respiratory illnesses and even death. Unlike greenhouse gasses, which spread widely throughout the atmosphere, fine particulate matter, which is far too small for the human eye to see, remains relatively localized, making it possible to link air pollution deaths to the specific sources of that pollution.

When Hill’s team ran the life-cycle assessment model for each of the top 2,000 corn-producing counties in the U.S., they saw that the geographic distribution of corn production lined up with the geographic distribution of ammonia-related fine particulate matter and air pollution-related deaths. Based on this localized data, they estimated that air pollution generated by corn production contributed to 4,300 deaths.

Another study Hill worked on, published in February, found that agriculture is responsible for around 16,000 air pollution-related deaths a year in the U.S. Combining that with the results of this most recent study, corn, being America’s most popular crop, makes up for over 25 percent of these deaths.

To lower the amount of air pollution corn production creates, the study suggested finding methods to improve the way nitrogen is added to fertilizer in order to keep more ammonia in the soil and out of the air. Hill says that’s in the best interests of both corn producers and local people who face the negative effects of air pollution.

“That volatilization [of ammonia] is a source of waste to farmers—they would ideally want every bit of nitrogen they put on to go into the crop,” Hill says.

Beyond corn, Hill hopes this model can be applied to more commodities like other grains, legumes, vegetables, and fruits.

“What we eat affects our health, not only because of what we put in our body, but also because of how it affects the environment,” Hill says. “We hope that this work will lead to further work that will help establish, ultimately, the air quality impacts of all the foods we consume.”