It packs a big punch of oxygen 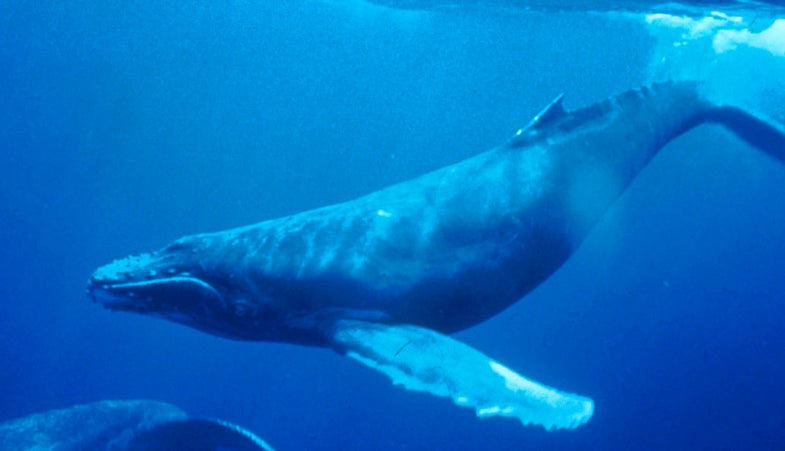 Have you ever wondered how whales stay underwater for up to two hours without coming up for air? It’s because they use a highly stable protein called myoglobin, which stores oxygen for a long time, to power their muscles. Now researchers from Rice University are working with the protein in order to make synthetic blood for humans, according to a study published last week in the Journal of Biological Chemistry.

Because of a shortage of donated blood, and fears that it could be contaminated, scientists have been working on creating viable synthetic blood for 40 years. And though there are some versions of synthetic blood that are currently being tested in clinical trials, similar efforts in the past have proven fruitless. One of the reasons is that researchers have struggled to pack synthetic blood with the right proteins, such as hemoglobin, which carries oxygen in the blood; once removed from the red blood cells that carry it, hemoglobin often deteriorates too quickly.

Scientists at Rice University decided to investigate molecules similar to hemoglobin to find one that is more stable. One such protein is myoglobin–though it is also found in humans, myoglobin plays a much more important role for whales. When a whale takes a deep dive and waits to come up for air, myoglobin holds oxygen in its muscles so that it can be used when the whale needs it. Myoglobin is much better at holding oxygen than hemoglobin (which whales also have) because of the way that myoglobin is folded. The researchers were able to program E. coli bacteria to produce this protein in sufficient quantities to really experiment with it. Its hardiness and the ease with which scientists produce it show that myoglobin could be a good candidate to float in synthetic blood without the protection of red blood cells.

Myoglobin, of course, isn’t hemoglobin, and can’t work in human bodies the same way. But these discoveries with myoglobin are an important step in the right direction. “Myoglobin is the model system that we use to see if the methodology works, to see if the mechanisms are right, and now we can apply it to hemoglobin,” says John Olson, the paper’s senior author, in a video. If the researchers can find a stable version of hemoglobin that works as well as myoglobin, then they might be able to create synthetic blood that would work as well in patients as real human blood.