Astronauts Will Use Mold To Grow Medicine In Space 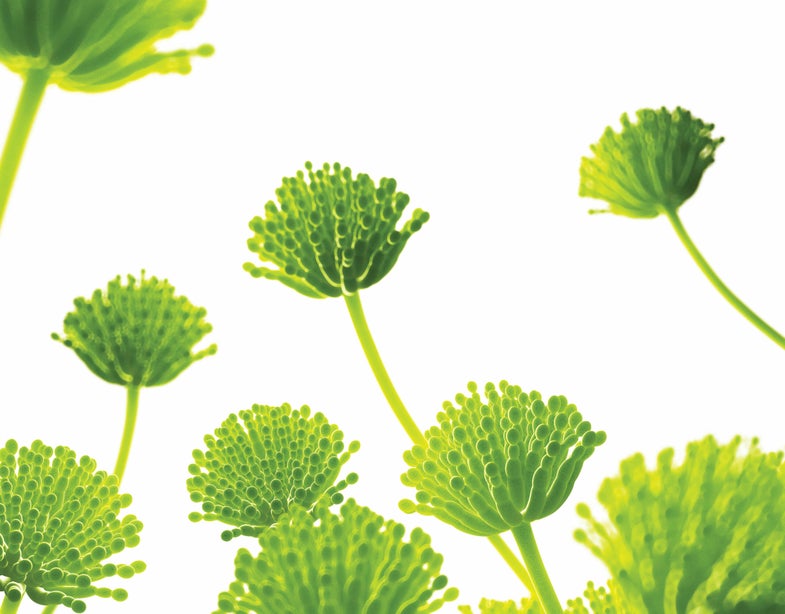 On a family vacation to the California Space Center in Los Angeles a few years ago, medicinal chemist Clay Wang had a disturbing thought: As we explore space, and travel farther and farther away from Earth, a lot could go wrong. Systems could fail. Hardware could break down. And what about the crew? What happens if they get sick and run out of medication a year or so into a three-year trip to Mars?

Drugs have an expiration date, and both radiation and the vibrations of space travel might degrade them more quickly. Wang thinks future Mars explorers might rely on a revolutionary solution: growing their own medicine en route. It’s a tactic that has been theorized but never tested in space.

Wang, conveniently, runs a lab at the University of Southern California that studies natural medicine. This past April, his lab sent specimens of the soil fungus Aspergillus nidulans to the International Space Station to see how it might fare on a Martian odyssey.

The results are pending, but Wang is curious to know whether the stresses of space activate previously unknown genetic pathways in the fungus. This could cause A. nidulans to generate novel compounds and lead to new medicines for Earthlings and astronauts alike.

“It’s like a factory where many of the machines have always been switched off,” says Wang. “In space, those machines might suddenly turn on for the first time.” Once scientists better understand how the space environment affects the fungus’s biology, Wang’s hope is that astronauts could then replicate the process to manufacture their own drugs on the long journey to Mars.

Future Mars missions could carry a few spores of several benevolent fungi and quickly scale up. If explorers run out of penicillin, for example, Ground Control could email the gene sequences that cause the fungus to produce the drug. Then an onboard DNA synthesizer would write those codes into a lab-grown cell that replicates until there are enough drugs to do the job. That end goal is years away, but Wang hopes his experiment will plant the seeds (or spores) that grow into reality.

“Astronauts won’t have to worry about resupply,” he says. “They’ll have a medicine cabinet full of different strains to rely on.”

This article was originally published in the July/August 2016 issue of Popular Science, under the title “Zero Gravity Pharmacy.”