This isn't good news for a future Mars trip 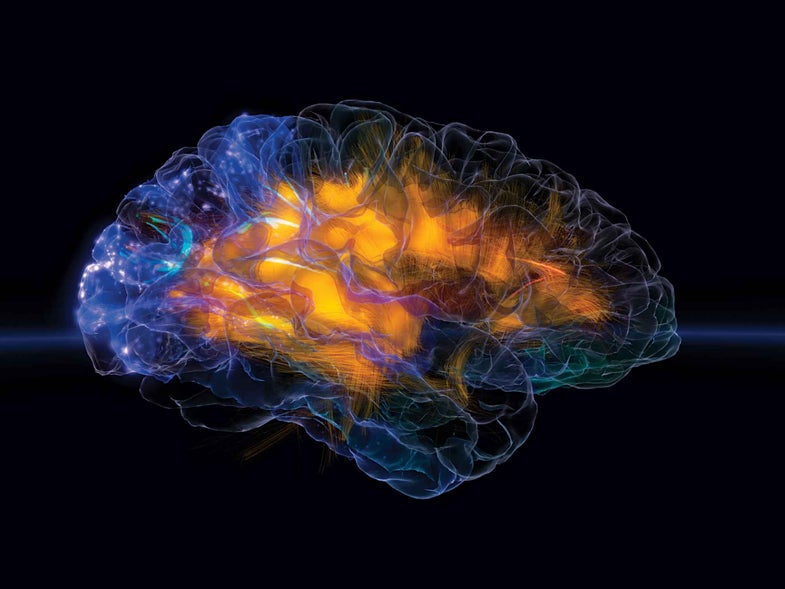 Even after 54 years of sending astronauts into space, NASA is still learning about how space conditions affect the human body. Currently, the agency is studying the effects of long-duration space flight on human vision, with its unique twins study. And researchers continue to analyze how microgravity wears away at the musculoskeletal system.

Now, new research on mice indicates that the space environment may also have a significant impact on the brain. In a study published in the journal Science, researchers analyzed how cosmic rays—highly charged particles percolating throughout space—may impact the brains of mice; they found that the mice exposed to this space-like radiation were much less curious and more confused than their non-exposed counterparts.

At the NASA Space Radiation Laboratory, researchers subjected mice to fully ionized oxygen and titanium, elements often found in cosmic rays. Each mouse was hit with a single beam of charged particles, similar to the small doses of radiation that would penetrate spacecraft during deep space voyages. To get an idea of how these beams affected the brain, the mice had been altered to have glowing fluorescent neurons, to better be seen during imaging.

Six weeks after exposure, researchers at UC Irvine noticed distinct changes to the brains of the mice—notably inflammation that disrupted communication between the neurons. According to the study, the particles acted like tiny bullets, flying into the brain and breaking off neuronal structures known as dendrites. The loss of these branch-like synapses, which carry electrochemical signals between neurons, are often associated with cognitive impairments and Alzheimer’s disease.

Going one step further, the researchers did some behavioral experiments with the exposed mice to see how these brain changes might affect their memory and learning abilities. Sure enough, the mice exhibited less curiosity and seemed more confused than mice who hadn’t been exposed to space-like radiation. These symptoms are similar to the cognitive changes brain cancer patients experience when undergoing radiation treatments.

Despite the findings, this doesn’t mean we need to shuttle all the ISS astronauts to Earth right away. Individuals on the station don’t experience as much bombardment from cosmic rays, since Earth’s magnetosphere acts like a protective shield and deviates charged particles. Plus, the researchers note you’d need several months of space radiation exposure to start experiencing brain changes.

But that holds huge implications for NASA’s main initiative at the moment: a lengthy trip to the red planet. Such a trip would take multiple years, and the astronauts would be without a magnetic field safety net. “This is not positive news for astronauts deployed on a two- to three-year round trip to Mars,” said Charles Limoli, a professor of radiation oncology in UCI’s school of medicine. “Performance decrements, memory deficits, and loss of awareness and focus during spaceflight may affect mission-critical activities, and exposure to these particles may have long-term adverse consequences to cognition throughout life.”

Bummer. But hey, if you want something to cheer you up, check out this adorable animated video the researchers made to illustrate their experiment. Mice in space helmets = 3.