The Worst Part of Going to Space? Your Fingernails Come Off

Did you think drinking your own urine was bad? To truly test whether you have the right stuff, imagine ripping... 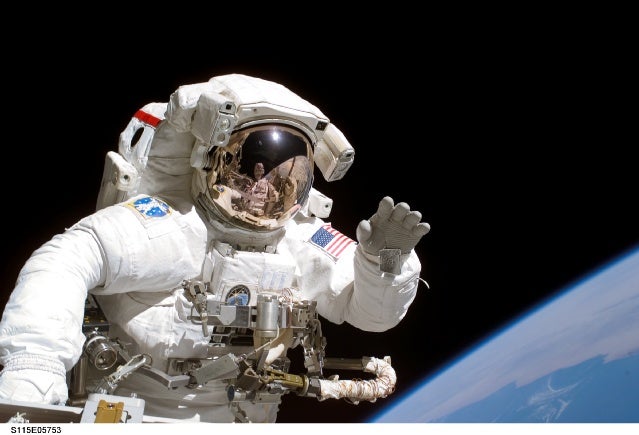 Did you think drinking your own urine was bad? To truly test whether you have the right stuff, imagine ripping out your own fingernails, on purpose.

A couple of astronauts have done this before going into orbit, because they figure it’s better than losing them inside chafing, unwieldy spacesuit gloves, according to Dava Newman, director of MIT’s technology and policy program and director of the university’s Man Vehicle Lab. Newman, who has studied space-related injuries, told a group of journalists at MIT that some astronauts have reported losing their fingernails during spacewalks. Fingernail trauma and other hand injuries are spacewalkers’ biggest complaint, she said.

In a forthcoming study, Newman says astronauts with big hands suffer the worst. National Geographic News explains that improved, custom-fitted gloves might be the solution.

In a recent study of astronaut injuries, at least 22 reported lost fingernails, a phenomenon called fingernail delamination. It happens because of pressure on the fingertips, but researchers also think circulation cutoff could be to blame, NGN explains.

Astronaut gloves are designed to simulate the air pressure on Earth, so they’re made of a pressurized rubber layer embedded in a thick, space-proof shell. Spacewalking astronauts must constantly fight against the bulky pressurized glove to do their work — imagine gripping a wrench while wearing skiing mittens, and you get the idea. This constant bending and flexing causes chafing, blisters and, apparently, fingernail loss.

NASA has long known this is a problem, hence the agency’s two-time Astronaut Glove Challenge. Newman’s new study, which will be published in the October issue of Aviation, Space, and Environmental Medicine, says astronauts’ varying hand widths are the biggest problem. For astronauts with wide hands, gloves are too tight where the fingers meet the palm, and this might cut off circulation to the fingertips, the study says. Circulation loss could explain why fingernails fall off.

Customized gloves or new ones with robotic joints might be the best answer for these large-handed spacewalkers, as NGN reports.

Newman’s lab also works on building less-bulky spacesuits that rely on mechanical counterpressure, and she believes gloves with actuators might be the way to go, NGN says.

Frankly, we don’t much care what it looks like — we just hope engineers can come up with something to make this aspect of spaceflight a little less torturous.