What Happens If An Astronaut Floats Off In Space?

In short: he's in trouble. 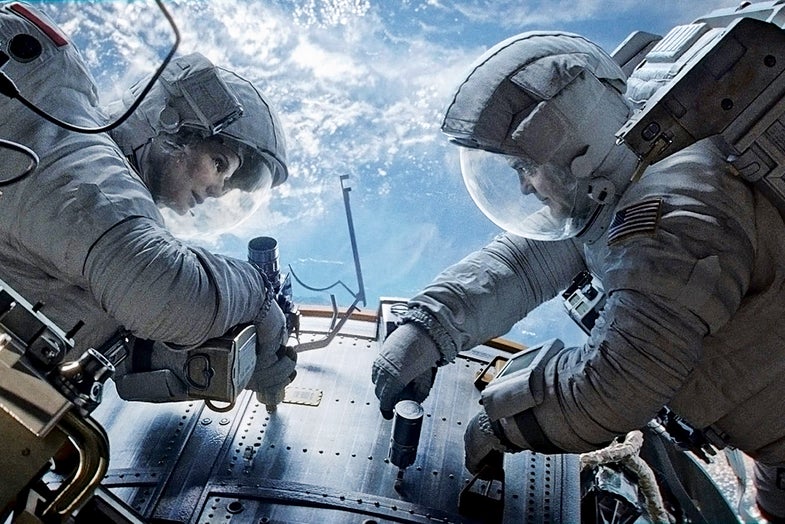 Despite the risks, no mission has ever lost a space-walking astronaut.

In the film Gravity, which opens this month, two astronauts are on a spacewalk when an accident hurtles them into the void. So what would actually happen if you went, in NASA’s terminology, “overboard”?

NASA requires spacewalking astronauts to use tethers (and sometimes additional anchors). But should those fail, you’d float off according to whatever forces were acting on you when you broke loose. You’d definitely be weightless. You’d possibly be spinning. In space, no kicking and flailing can change your fate. And your fate could be horrible. At the right angle and velocity, you might even fall back into Earth’s atmosphere and burn up. That’s why NASA has protocols that it drills into astronauts for such situations. You would be wearing your emergency jetpack, called SAFER, which would automatically counter any tumbling to stabilize you. Then NASA’s plan dictates that you take manual control and fly back to safety.

However, if the pack’s three pounds of fuel runs out, if another astronaut doesn’t quickly grab you, or if the air lock is irreparably damaged, you’re in big trouble. No protocols can save you now. (In fact, there aren’t any.) At the moment, there’s no spacecraft to pick you up. The only one with a rescue-ready air-locked compartment—the Space Shuttle—is in retirement. So your only choice is to orbit, waiting for your roughly 7.5 hours of breathable air to run out. It wouldn’t be too terrible. You might get a little hungry, but there’s up to a liter of water available via straw in your helmet. You’d simply sip and think of your family as you watched the sun rise and set—approximately five times, depending on your altitude.