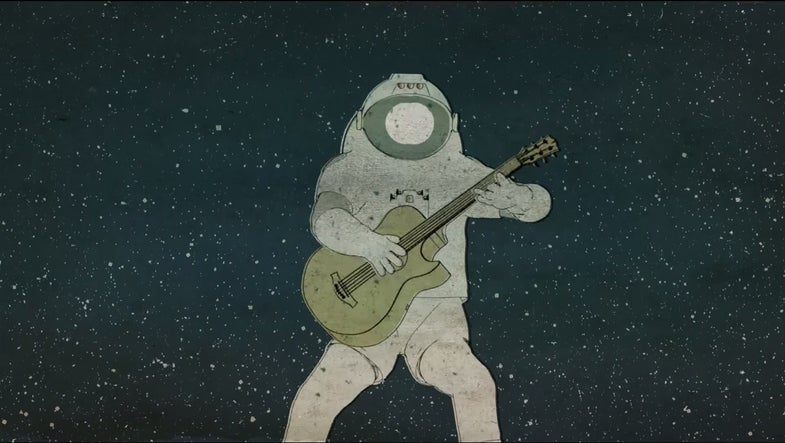 Canada’s Chris Hadfield is a global treasure. During his time on board the International Space Station, he tweeted us pictures of the Earth, taught us how tears work in space and the mechanics behind urinating in a Russian space capsule. Possibly the nicest guy ever sent into orbit, he even generously retired so that other Canadian astronauts could have a shot at going to the space station. He also famously recorded a cover of David Bowie’s “Space Oddity” while actually in space.

It turns out “Space Oddity” wasn’t the only song he recorded up there. On October 9th, he will release a full album of original songs recorded in space. The album, named appropriately enough Space Sessions: Songs From A Tin Can, is available for preorder today. In anticipation of the full album, watch the lyric video for “Feet Up,” below. Released today, it’s full of Hadfield musing about life and directions in zero gravity.

Listen to it now!