When humans eventually travel to Mars and beyond, they’ll have plenty to worry about along with the discomforts of eating... 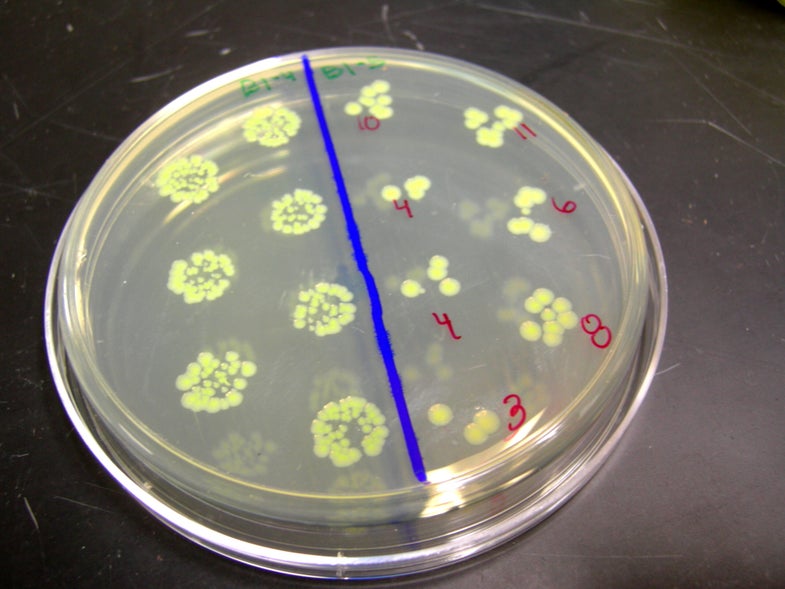 When humans eventually travel to Mars and beyond, they’ll have plenty to worry about along with the discomforts of eating freeze-dried food and drinking their own urine. A new report says they will probably be really sick, to boot — from flare-ups of E. coli, chicken pox or staph infections.

A host of microscopic stowaways could make interplanetary voyagers sick, especially because human immune systems are compromised in space, and because bacteria seem to thrive in micro- or zero-gravity environments.

E. coli, staphylococcus, and salmonella are among common bacteria that grow faster in space than on Earth, according to a report published in the Nov. 1 issue of the Journal of Leukocyte Biology. Latent viruses are more likely to reawaken in space, too, maybe due to the stress of space travel. Whatever the reason, they could all spell misery and even danger for astronauts traveling to the moon or Mars.

“The weakening of the immune system associated with spaceflight is an area that should be considered more before we undertake prolonged space voyages,” write co-authors Nathan Gueguinou, Cecile Huin-Schohn and their colleagues at Nancy-University in France and the University of Luxembourg.

The authors review more than 150 studies dating to the Apollo era, showing humans’ immune systems are compromised even during short space missions. What’s worse, bacteria grow faster in space, for reasons that are not completely understood. To top it off, bacteria are more virulent and antibiotics don’t work as well in space, so higher concentrations are needed to thwart infection.

“Even after we figure out a way to cover these distances in a reasonable amount of time, we still need to figure out how astronauts are going to overcome disease and sickness,” said Jean-Pol Frippiat, one of the co-authors from Nancy-University, in a press release.

NASA has known since Apollo that astronauts’ immune systems don’t function well in space. Take the body’s first line of defense, T-cells — in space, they don’t multiply properly, they neither move nor signal each other effectively, and there are fewer than there should be, according to studies that date from the 1970s. NASA scientists have been trying to figure out why.

In 2003, researchers at Johnson Space Center undertook the first-ever comprehensive study of astronaut immune systems and of viruses. But the study took place on STS-107, the shuttle Columbia’s final flight. NASA gathered some data during the flight, but all was lost on reentry.

Later studies showed certain viruses are likely to reactivate in space, including the varicella zoster virus, which is responsible for chicken pox, and the Epstein-Barr virus, which causes mononucleosis. About 95 percent of Americans carry Epstein-Barr, according to the CDC; if it reactivates in space, NASA could have some miserable astronauts on its hands. NASA has diet and exercise regimens designed to bolster astronauts’ weakened immune systems, and the study authors also recommend taking a mushroom-based immune booster drug, among other therapies.

But despite those efforts, astronauts will probably get sick when leaving Earth for prolonged periods, said the journal’s editor, Luis Montaner.

“Unfortunately, because spacecraft technology is way ahead of our understanding of how to maintain human health, disease-free survival after reaching Mars or establishing a colony on the Moon may be problematic,” he said.

“For most of us, a little downturn in immunity doesn’t really increase your odds of getting sick,” he said. “The crew are in excellent health, exquisite physical health, and illnesses are not very common and are usually very mild. But admittedly, these are shorter term flights. What happens when we go to Mars? Well, we don’t know.”