Pollution-Eating Tower Would Turn Smog Into Rings And Cufflinks

Not as sparkly as a diamond, but much better for the environment 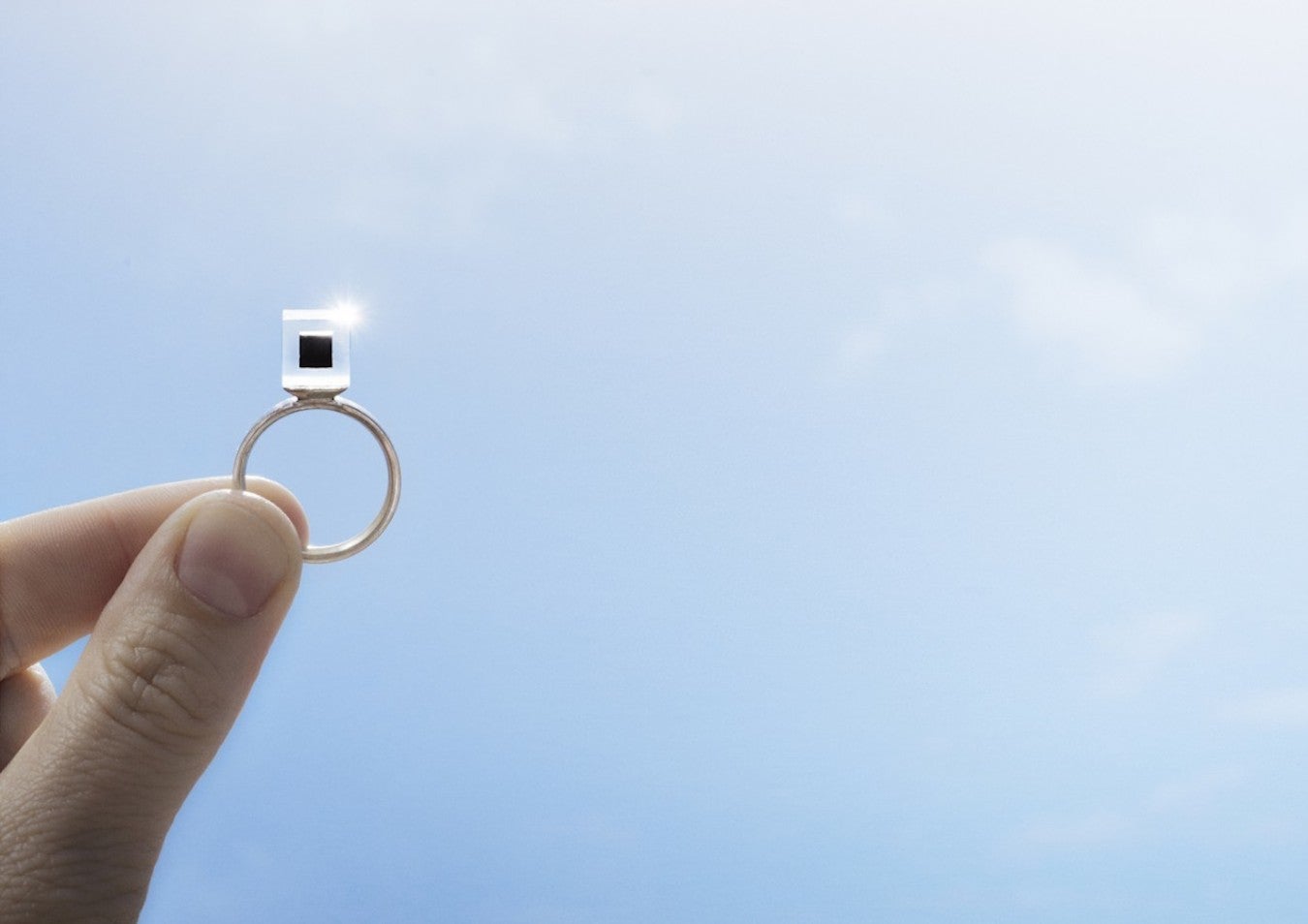 Once you suck smog out of the air, what should you do with it? Pollution particles are mostly made up of carbon, so Dutch Artist Daan Roosegaarde decided to compress them into jewelry in a nod to diamond, carbon’s sparkliest allotrope.

The device extracting this pollution powder is Studio Roosegaarde’s Smog Free Tower, a 23-foot-tall air purification system meant to clean up parks and other public spaces. The company launched a Kickstarter on July 22 with a goal of $54,000 to build a prototype, and so far it is well on its way to meeting that goal. The first tower will be showcased in Rotterdam, Netherlands in September and hopefully expand to other cities after that, according to the project page. 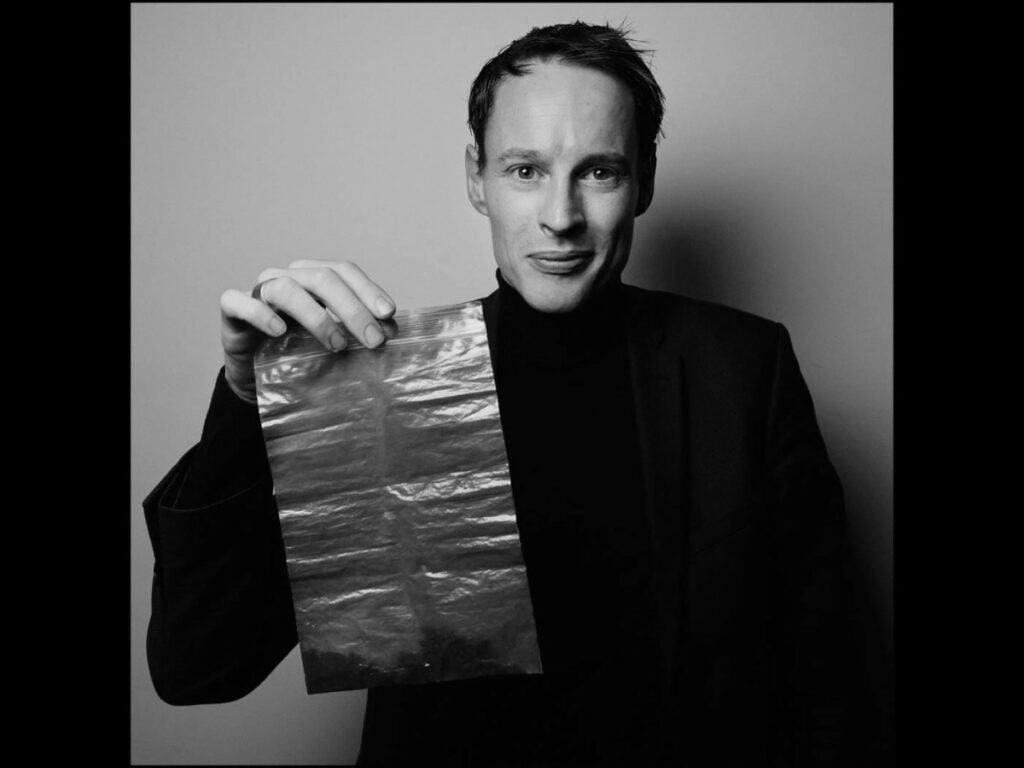 Roosegaarde was also behind a project to create glowing smart roads that save energy and money by turning out the street lights, and a 45-meter-wide rainbow serving as a physics art installation.

The technology powering the Smog Free Tower is based on air-purification systems in hospitals, just at a larger scale. The tower will produce 3,500 smog cubes per day if it’s in an area with a lot of air pollution, and each one of the cubes cleans over 35,000 cubic feet of air — ideally translating to nearly 123 million cubic feet of clean air per day. The Kickstarter campaign is offering cubes, rings and cufflinks to its supporters, which cost about $54 for a cube and $271 for the jewelry.

To make the cubes, each tower would use about 1,700 watts of energy from non-renewable sources–but Roosegaarde says can come from solar eventually. 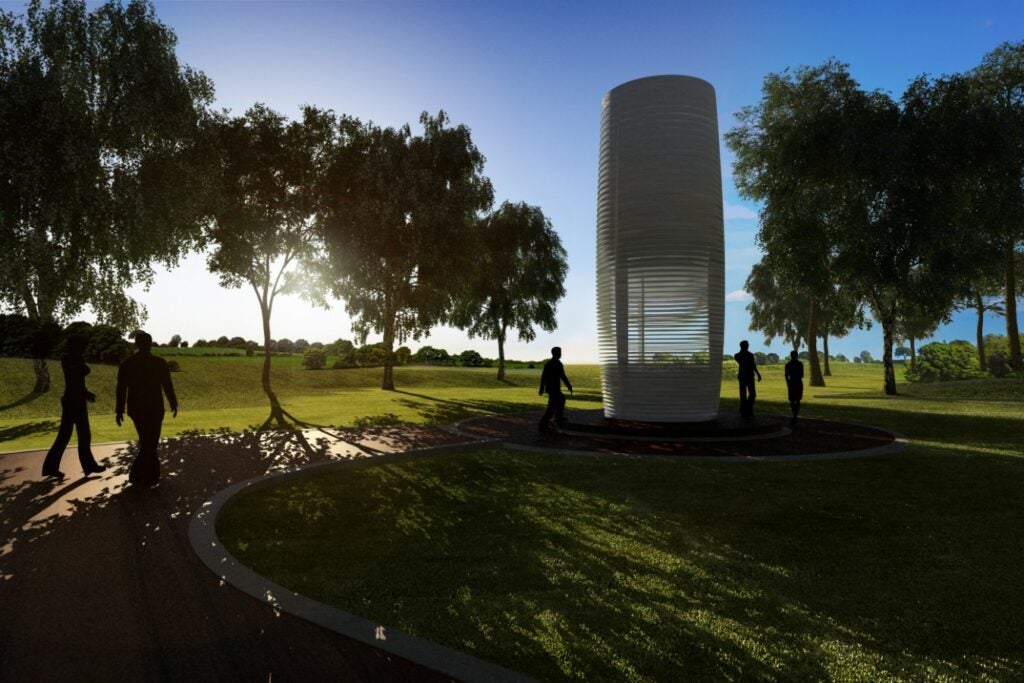