A revolutionary partnership between the Roman Catholic Church and science 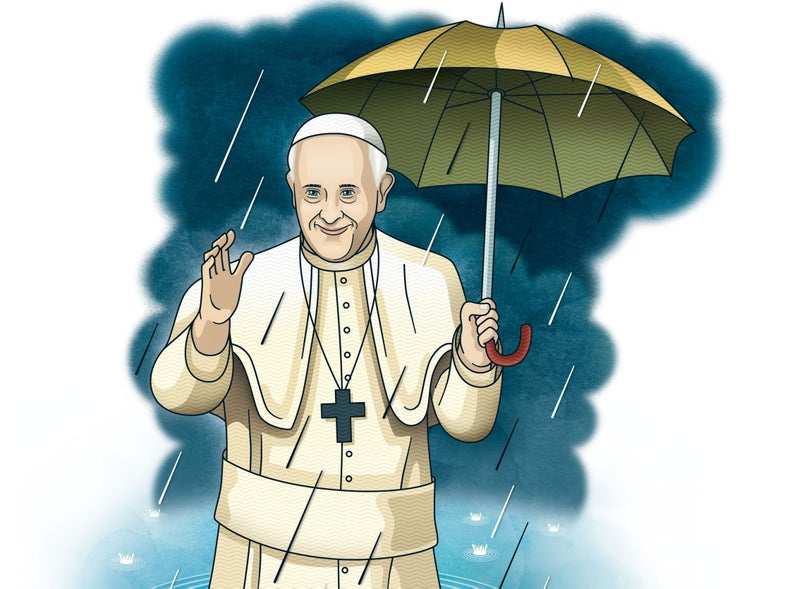 Science and religion usually make uneasy bedfellows. That’s why Pope Francis’ encyclical on climate change, published in June, made headlines. The papal essay is the Vatican’s first authoritative word on climate policy, and it takes an unequivocal stance: The world needs to act.

“Scientists used to operate under the assumption that if people don’t agree with you, it’s because they don’t understand,” Hayhoe says. “So they thought, ‘Oh, we just have to explain it better.’ ” But social scientists have learned that a simple lack of information doesn’t explain disbelief or indifference. “Science can tell us why climate change is happening, and what might happen next,” Hayhoe says. “But what we should do about it isn’t a science question. It’s a question of values.”

And that’s where Pope Francis comes in. He aligns the science of climate change with a moral call-to-arms. As he states in the encyclical, “Human beings, while capable of the worst, are also capable of rising above themselves, choosing again what is good, and making a new start.”

For those who didn’t read all 184 pages of the Pope’s encyclical, here are the highlights:

“Climate change is a global problem with grave implications: environmental, social, economic, political…” Francis writes. “It represents one of the principal challenges facing humanity in our day.” While there are still people who deny Earth is warming, the Pope echoes the consensus of the scientific community: Global surface temperatures have increased over the past 100 years. And it’s our fault.

“It’s morally irresponsible to suggest there’s a debate about the reality of climate change.”

The Pope doesn’t object to progress; he acknowledges that science and tech have enriched our lives, and provide us countless benefits. But he notes that advancements don’t necessarily improve things across the board. “ [O]ur immense technological development has not been accompanied by a development in human responsibility, values, and conscience.”

3. We have to change our behavior

“An integral ecology is also made up of simple daily gestures which break with the logic of violence, exploitation, and selfishness,” Francis writes. On a global scale, that could take the form of an international environmental treaty. “[R]ecent World Summits on the environment have not lived up to expectations because, due to lack of political will, they were unable to reach truly meaningful and effective global agreements on the environment.” Here’s hoping that the U.N. climate talks in Paris this December will be different.

This article was originally published in the September 2015 issue of Popular Science, under the title “Praise Be to Science.”