You Probably Have Carbon Nanotubes In Your Lungs 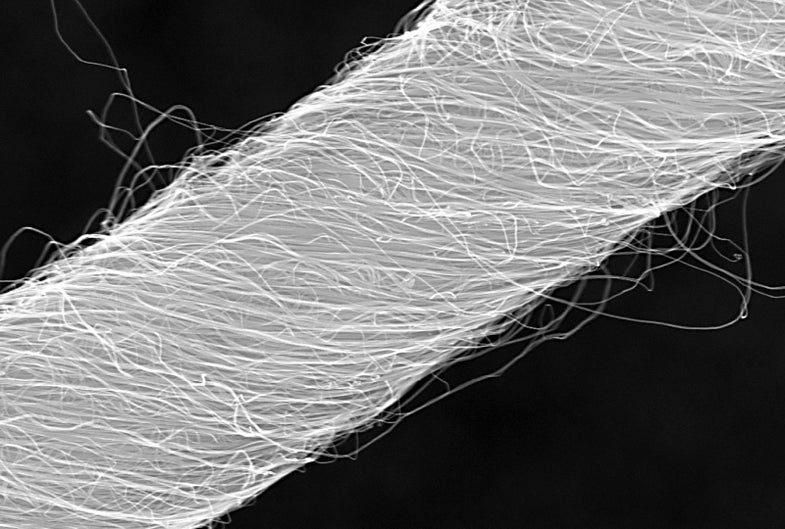 Carbon nanotubes are great for making stretchy super materials or detecting potentially harmful chemicals. But past studies have shown that they’re probably not so good to have in your lungs—over time, they could cause the lungs to break down, with effects similar to asbestos. For the first time, researchers have found them in humans—specifically, in the lungs of 64 children with asthma, according to a study published this month in EBioMedicine and reported by The New Scientist.

In the study, the researchers used several different techniques to analyze the lung fluids from 64 asthmatic kids living in Paris (chosen because they had already undergone the invasive process of removing lung fluids, which would be arduous for healthy patients). Man-made carbon nanotubes were found in each sample, which caused the researchers to conclude that humans are constantly breathing them in. Using several different analytic techniques on five of the samples, the researchers also found carbon nanotubes inside macrophages, immune cells that work within tissues to combat pathogens.