NASA Is Sending Some Lucky Yeast Into Radiation-Filled Deep Space

Where no yeast has gone before 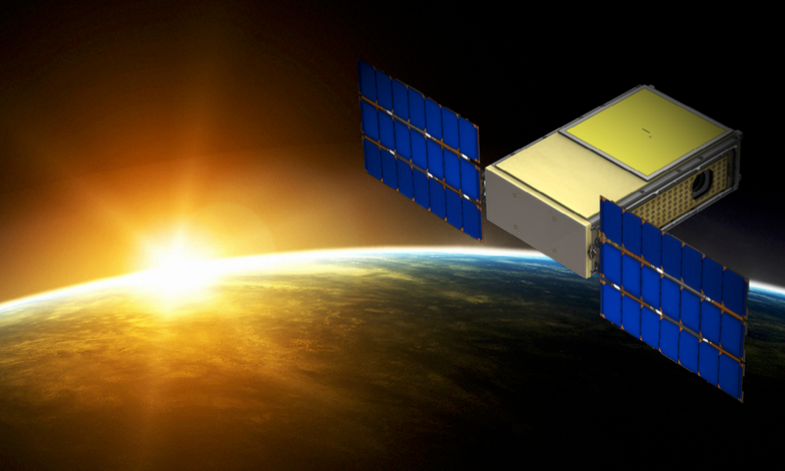 BioSentinel–it sounds like Hollywood’s next big sci-fi film. Rather, it’s one of NASA’s upcoming missions, with the goal of studying the long-term effects of radiation on human cells. The mission, run by scientists at NASA’s Ames Research Center, will be the first biological experiment to take place beyond lower Earth orbit since Apollo 17 more than 40 years ago. BioSentinel’s results could ultimately change how humans approach the dream of deep space exploration.

In order to get our future astronauts into the depths of space and back safely, scientists need to understand what happens to human DNA when it’s exposed to cosmic radiation over time. With a manned mission to Mars planned for the mid 2030s, studies like this are critical in preparing humans for life in deep space.

Scientists need to understand what happens to human DNA when it’s exposed to cosmic radiation over time.

Astronauts like Scott Kelley, who is spending a year living on the International Space Station, will be exposed to higher concentrations of radiation than someone living on Earth. Because of the Earth’s magnetosphere–a protective magnetic field that stretches as far out as 3.9 million miles–we here on the ground are shielded from most of the hazards of space. However, beyond the safety of the magnetosphere lies an abundance of cosmic radiation created by violent sources outside of our solar system. The origins of these hazardous events can come from just about anywhere in the universe: supernovae, black holes, gamma ray bursts, and many others. High-energy cosmic rays travel at tremendous speeds stopping only when encountered by a strong force, which is why we’re so lucky to have our very own magnetosphere.

Long exposures to radiation are incredibly damaging to DNA; these highly charged particles can actually break the double helix in half. With BioSentinal, NASA scientists want to understand how these breaks occur with different types of radiation, and if cells are able to repair the breaks while moving through interplanetary space. The mission is supposed to last 18 months, in order to gauge the long-term effects of radiation exposure. That meant the use of human cells wasn’t an option, since they require constant maintenance. Instead, scientists at Ames have turned to one of the most useful and abundant microorganisms on Earth: yeast. 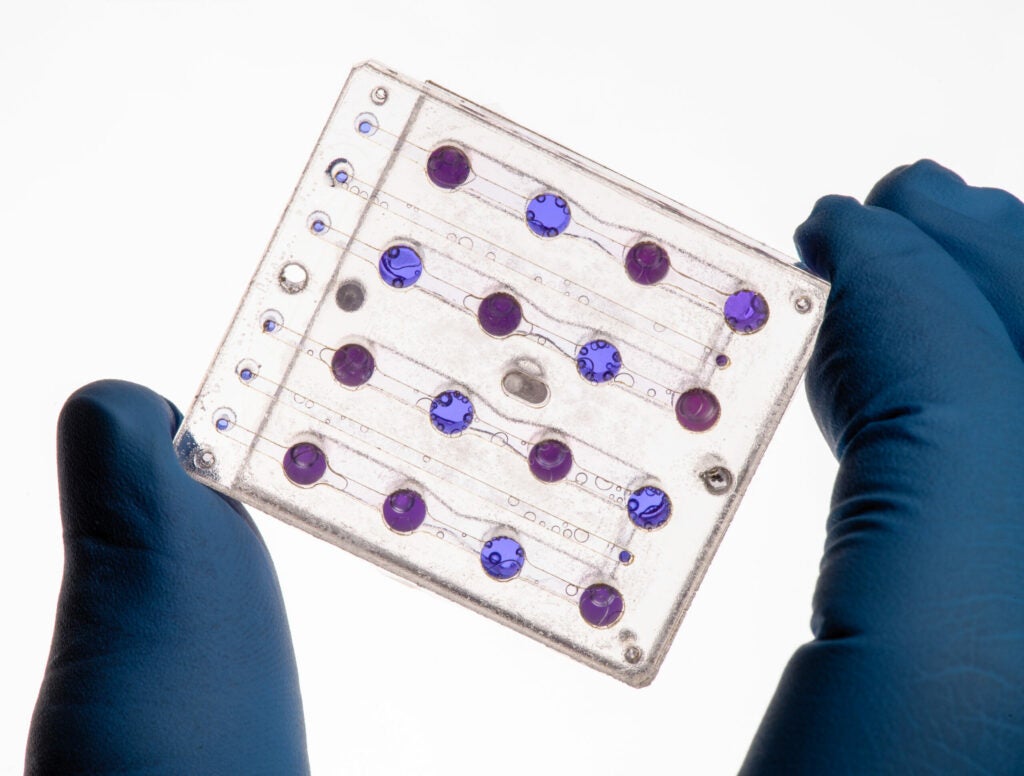 BioSentinel’s microfluidics card, designed at NASA Ames, will be used to study the impact of interplanetary space radiation on yeast.

Yeast may be particularly useful in the kitchen, but it’s also helpful in the lab. S. cerevisiae is the biologist’s ideal tool for testing radiation, because its DNA repair mechanisms operate similarly to the mechanisms seen in human cells. Since these cells are used so much in scientific research, yeast became the first complex organism to have its entire genome sequenced. One of the benefits of this tiny fungus is that its genome is significantly smaller, so its cells replicate about once every two hours, as opposed to human cells which take around twelve hours to regenerate. This makes studying changes between generations much more convenient.

Dried yeast can also be stored in stasis for long periods of time before being activated by water. NASA is using this exact principle to initiate their experiment over a period of 18 months. The cartridges aboard this yeast ship are designed to be “turned on” one at a time. Each month a new cartridge will let a small amount of water in, “waking up” the yeast in time for a blast of deep space radiation. In true scientific fashion, there will be three identical BioSentinel payloads to serve as controls. Two will remain on Earth, and one will be flown on the ISS to measure the low Earth orbit radiation levels in comparison.

“It really is the best organism to send up right now, and probably for the next several years”

BioSentinel will hitch a very coveted ride on the most powerful rocket ever built–the Space Launch System’s inaugural flight, EM-1. Exploration-Mission 1 will do a loop around the moon before heading back to Earth. After delivering the Orion crew capsule into space, it will release the BioSentinel Cubesat containing NASA’ s dormant yeast into an orbit around the sun. BioSentinel’s payload will then use its cold gas propulsion and solar arrays to keep itself in a heliocentric orbit, where it will technically enter interplanetary space. That’s when the yeast will get their cue to wake up and start conducting some science.

“I think using yeast is a great advantage for scientists. We can force them to grow at different temperatures and modify them genetically. It really is the best organism to send up right now, and probably for the next several years,” says Dr. Sergio Santa-Maria, a BioSentinel scientist at Ames. Using data collected from BioSentinel, NASA researchers could enable of human exploration might even go beyond Mars to places like Europa or local asteroids. One thing’s for sure though, these yeast will go where no yeast has gone before.