Remembering him with the science of the TV show 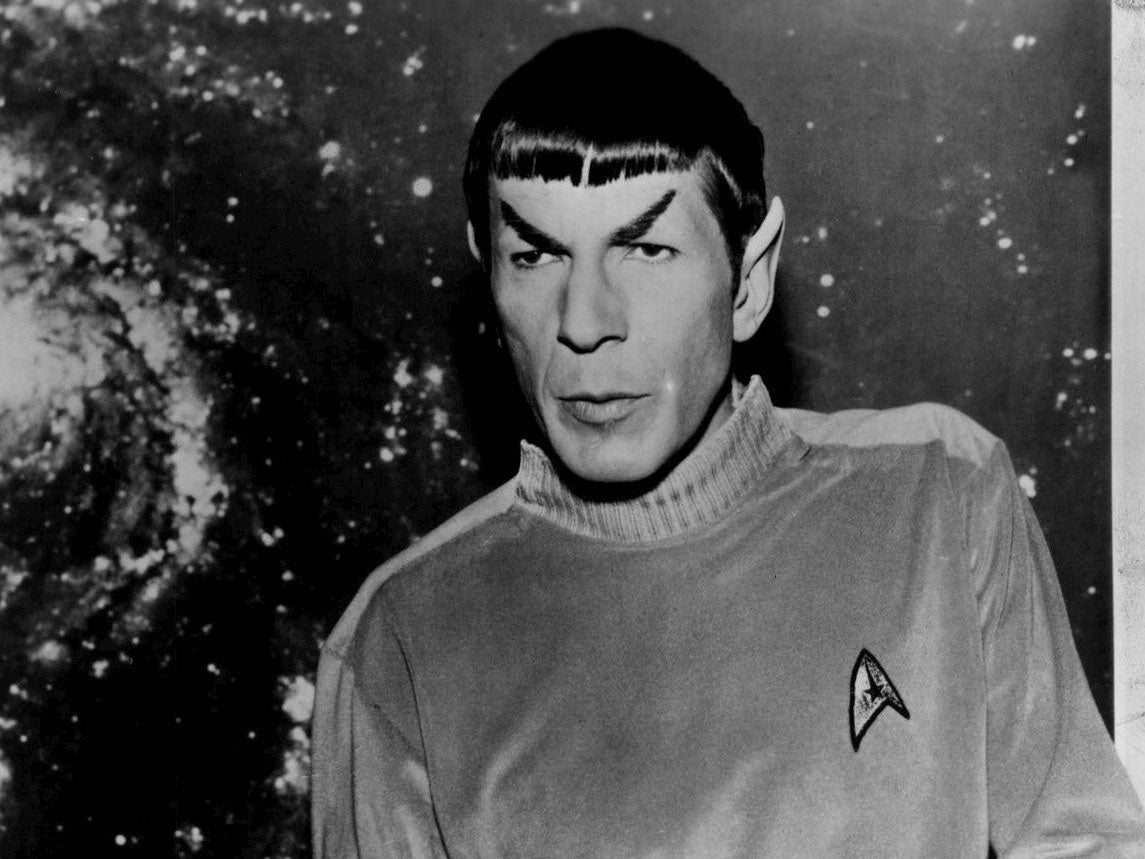 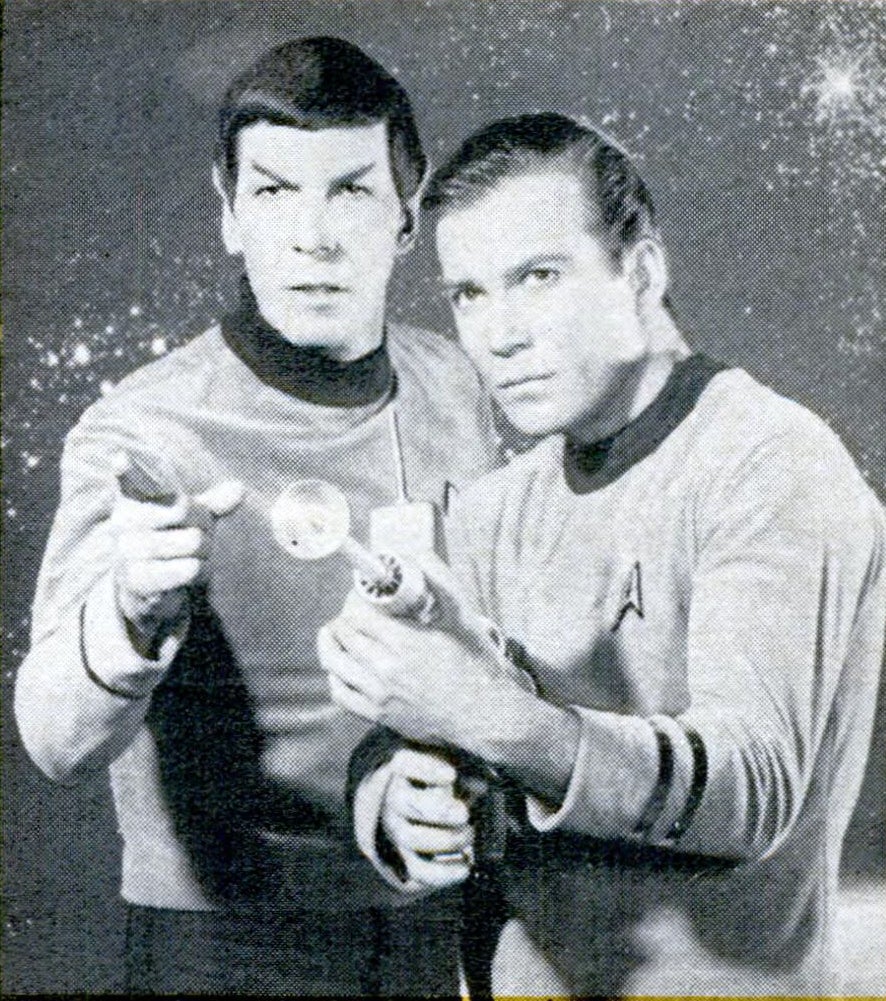 Sad news today: Leonard Nimoy has passed away at the age of 83. Nimoy was many things—an actor, a poet, a singer of hobbit songs, and someone who understood what it was like to be alienated. At Popular Science, we, like many others, will remember him best as the science officer in Star Trek. In 1967, we expounded upon why the show was the “first good television science fiction.” You can read the full article below. To the man who helped transform sci-fi we say, Go in peace.

TV’S Star Trek: How They Mix Science Fact with Fiction

You’re ready to believe that the fantastic adventures of television’s popular spacemen will be possible in 200 years, for their “science” is a logical projection of present knowledge

If you’re one of the 20-odd million viewers who tune in each week to NBC’s highly popular Star Trek science-fiction series, you could be getting a much closer look at the future of space exploration than you realize.

The reason? The show is the only science-fiction series in history that has the cooperation and advice of the National Aeronautics and Space Administration; that employs a research firm to go through each script with an eagle eye weeding out things that are completely impossible or untrue; and that maintains both an extensive technical library and contacts with scientists across the U. S. 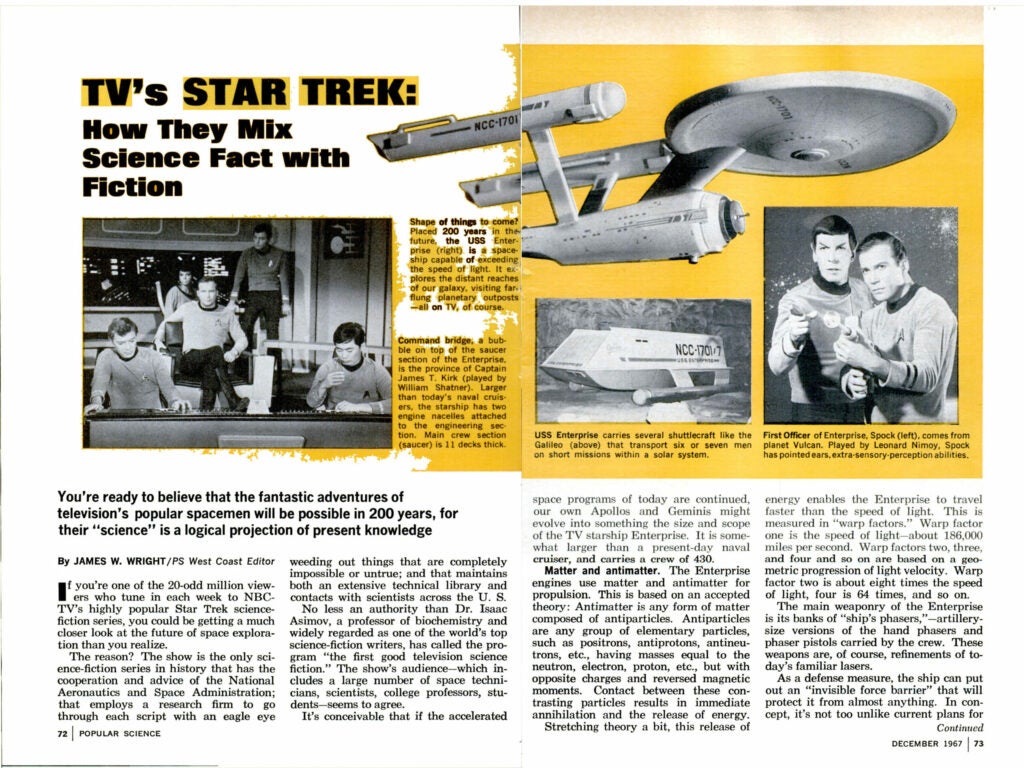 The Science Of Star Trek

From the December 1967 print edition.

No less an authority than Dr. Isaac Asimov, a professor of biochemistry and widely regarded as one of the world’s top science-fiction writers, has called the program “the first good television science fiction.” The show’s audience—which includes a large number of space technicians, scientists, college professors, students—seems to agree.

It’s conceivable that if the accelerated space programs of today are continued, our own Apollos and Geminis might evolve into something the size and scope of the TV starship Enterprise. It is somewhat larger than a present-day naval cruiser, and carries a crew of 430. 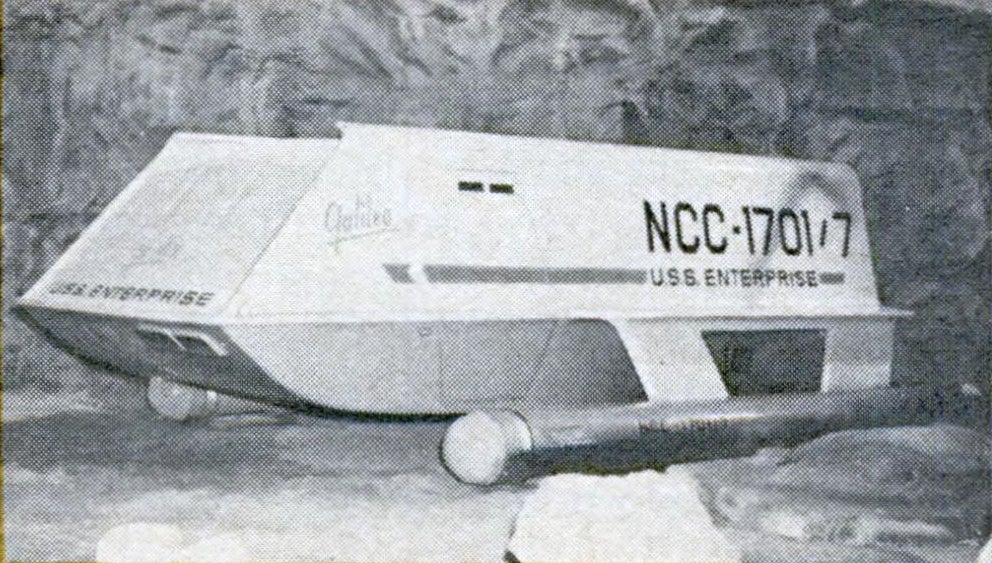 Original caption: USS Enterprise carries several shuttlecraft like the Galileo that transport six or seven men on short missions within a solar system.

The Enterprise engines use matter and antimatter for propulsion. This is based on an accepted theory: Antimatter is any form of matter composed of antiparticles. Antiparticles are any group of elementary particles, such as positrons, antiprotons, antineutrons, etc., having masses equal to the neutron, electron, proton, etc., but with opposite charges and reversed magnetic moments. Contact between these contrasting particles results in immediate annihilation and the release of energy.

As a defense measure, the ship can put out an “invisible force barrier” that will protect it from almost anything. In concept, it’s not too unlike current plans for antimissile defense systems which will use bomb-generated x-rays to knock out incoming missiles above our atmosphere.

The Enterprise also has “navigational deflector beams” (a refined super-radar) which, guided by scanners, sweep out far ahead of the vessel’s path to deflect meteoroids, asteroids, or space debris. The entire ship relies heavily on its rows and rows of “computer banks.” They set the course and maintain it, and operate the life-support systems, which include atmosphere and gravity.

The computer banks—which hold the entire body of recorded knowledge—can be connected to any of the ship’s intercom or viewing screens and will (verbally or visually) analyze practically any known information in seconds.

At distances less than 16,000 miles, travel from ship to planet surface and return is provided by the “transporter.” This device can convert matter into energy and “beam” it to a fixed point, then reconvert it back into its original form. It is used for both crew and cargo.

Among the portable devices used by the crew is the “tricorder,” a portable sensor-computer-recorder. The epitome of miniaturized solid-state electronics, it can be used to analyze and keep records of almost any type of data on planet surfaces, besides sensing and identifying various substances.

Gene Roddenberry, Star Trek‘s creator and executive producer, has a passion for accuracy and scientific probability. He consults several leading medical authorities for information about the plausibility of various rare diseases his writers invent. In return, a medical group recently asked for, and received, a tape of the “beep” that the Enterprise crew uses in connection with their small hand communicators.

The medical men wanted the beep as a one-of-a-kind signal that would be instantly recognized by doctors who carry small pocket receivers tuned to their emergency calling service.

And recently, the U.S. Navy sent a group to study the layout of the Enterprise‘s command bridge. The functional and efficient bridge served as a model for a new communications center they were designing.

This article was reproduced from the December 1967 issue of Popular Science.