What is a Wormhole and Will Wormhole Travel Ever be Possible?

Science fiction's favorite method for exploring the universe, most recently in the movie Interstellar, won't be easy. 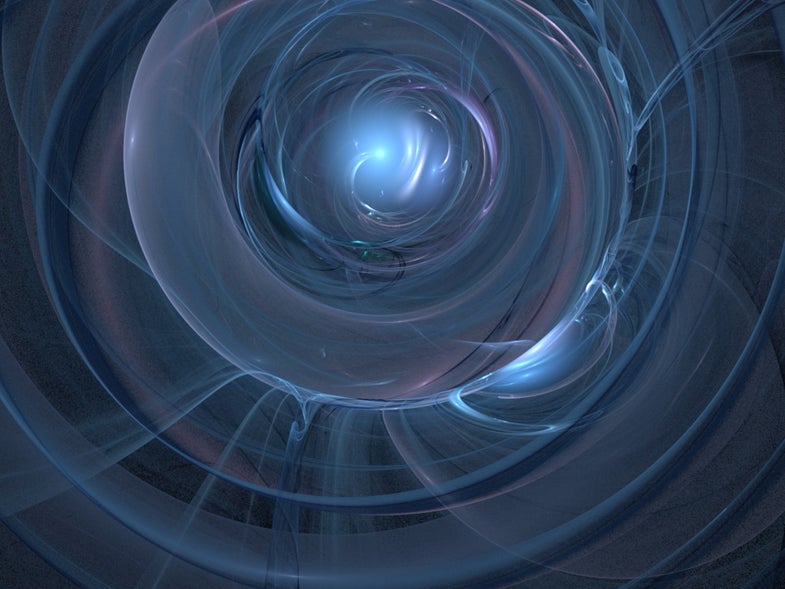 As a curious species, humans have long dreamed of traveling to the farthest depths of space. That’s the major theme of the upcoming science fiction epic Interstellar, which will take Matthew McConaughey and Anne Hathaway to the places we hope to one day reach ourselves. Except for that tiny hiccup called deep space travel.

The universe is big. And along with its enormous size, it’s also incredibly spread-out; any neighboring planets, stars, and galaxies are depressingly distant. Proxima Centauri, the closest star to Earth, for example, is 4.22 light years away. If the fast-moving Voyager spacecraft attempted to reach Proxima Centauri, it would take the tiny probe more than 80,000 years to get there.

So how are we supposed to explore the universe in a way that won’t take us thousands of generations? Among the many concepts researchers have devised, one technique has remained particularly popular, especially in the realm of science fiction: shortcuts, or theoretical tunnels known as wormholes.

Wormholes are thought to be highly unstable, and the insertion of foreign matter might cause them to collapse completely.

In theory, wormholes are tunnel-like connections made out of spacetime, offering a shorter distance between two vastly separated areas of the universe. The idea is that space travelers can use these tunnels to make space commutes much shorter than thousands of years. Numerous books, TV shows, and films have utilized the wormhole concept for deep space travel—from Dr. Arroway’s mysterious alien-filled journey in Contact to the Bajoran Wormhole, which allows access to the unexplored Gamma Quadrent in Star Trek: Deep Space Nine.

This plot device will be utilized yet again in Interstellar. In the film, a band of astronauts travel through a newly discovered wormhole connecting widely separated areas of space-time, in order to find a new world to call home. It sounds incredible, as if all our space travel fantasies can come true. But is it possible? Could humans one day use a wormhole to travel to another galaxy or beyond?

The science says it’s highly unlikely, yet possible. However, to make a traversable wormhole, we’re going to need a lot of specific conditions and an understanding of where these amazing secret passages come from.

What is a wormhole?

Up until the early 1900s, Newton’s theory of gravity held supreme. It was the idea that all objects in the Universe—including you and me—have an innate force within us that attracts other objects. The larger an object, the greater this intrinsic gravitational pull. This explains why we “stick” to the Earth instead of flying off into space.

But in 1915, Albert Einstein completely tore that idea apart. He theorized that gravity is actually the result of a warping in spacetime (a combination of space and time into one continuum). Essentially, an object’s very existence deforms space and time around itself, creating an imprint on the universe.

And it’s this deformation of space-time that gives rise to gravity’s effects. “Suppose that there’s you and another mass. You deform the spacetime around you and the mass deforms the space-time around it, and you’re both falling into each other’s wells,” says Richard Holman, a physics professor at Carnegie Mellon University.

Now here’s the part where this all ties into wormholes. According to Einstein and his colleague Nathan Rosen, a wormhole is actually deformed space that has warped in such a way to connect two different points in space-time. The result is a tunnel-like structure that could be straight or curved, linking two areas of the Universe that are incredibly far apart.

Einsteinian mathematical models predict that wormholes exist, but none have ever been found. Fumio Abe, an astrophysicist at Nagoya University, has proposed a way to search for large wormholes (big enough for a spaceship) by looking at a star’s brightness when it moves in front of the tunnel. An effect called gravitational lensing would cause the brightness to fluctuate in a unique way.

However, chances are that we’re not going to find big wormholes any time soon. 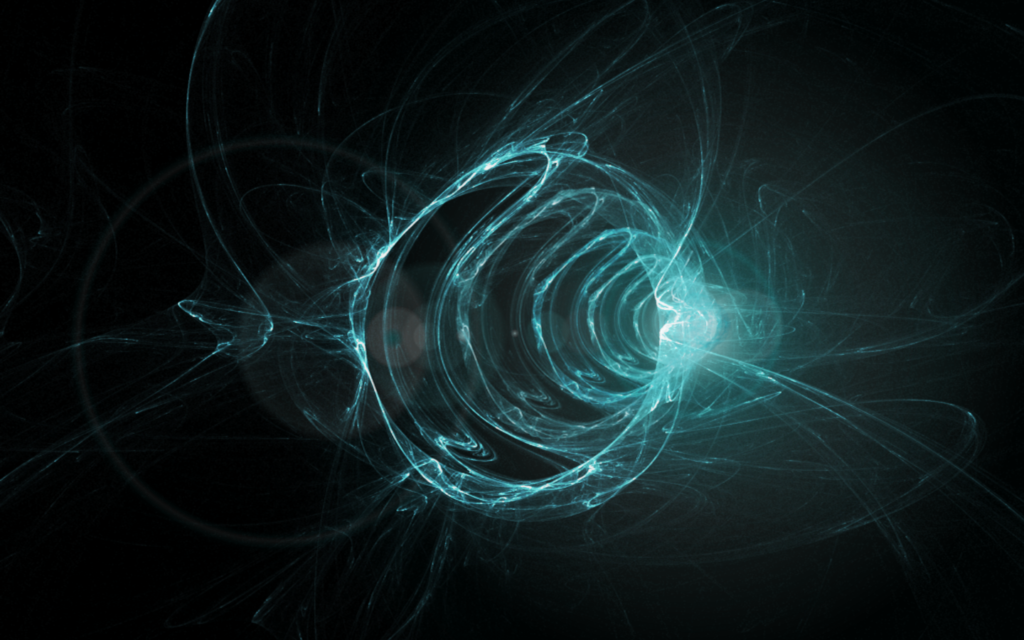 Enter If You Dare

The problem with wormholes

So far, physicists haven’t determined a way in which wormholes would form naturally in the Universe. However, theoretical physicist John Wheeler said it’s possible that wormholes may spontaneously appear and disappear, according to his quantum foam hypothesis (the idea that virtual particles are, quite weirdly, popping in and out of existence at all times).

Unfortunately, Wheeler theorized that these impromptu wormholes would be super small, appearing at the Planck scale. That’s about 10-33 centimeters long. In other words, the wormhole would be so small that it’d be almost impossible to detect.

Let’s suppose, however, that we could find tiny wormholes as they pop into existence: We might be able to make them bigger. And to do that, you’d need a funky material called exotic matter.

Negative properties of exotic matter might push the sides of a wormhole outward, making it large enough—and stable enough—for a person or a spaceship to fit through it. Except exotic matter isn’t exactly easy to come by; it exists only in theory, we don’t know what it looks like, and we have yet to know where to find it.

But say we surmount even that in our hypothetical. We’ve found a tiny wormhole, we somehow have obtained some exotic matter, and we’ve expanded and stabilized the tunnel to be big enough to fit a spaceship. Holman explains that it’s possible inserting anything that isn’t exotic matter would destabilize the wormhole completely. In other words: Entering a wormhole could immediately kill you.

When it comes to the prospect of using wormholes for space travel, Davis is a bit more optimistic than Holman, explaining that harnessing exotic matter is all you need to create your own functional wormhole from scratch. (He’s currently working on a way to create exotic matter in a lab in Toronto.) Holman takes a more realistic approach.

“If you really could do it, with all the exoplanets and stars out there, you’d figure someone ‘else’ would already have done this,” Holman explains. “And as far as we could tell, from looking at a decent fraction of the universe, we’re not seeing any evidence of that. That starts telling you that you may just have to travel the hard way.”

Correction (10/30/2014, 12:24 pm ET): The original story said that Davis is working on a way to create exotic matter in his lab at Icarus Interstellar. He is actually working at a lab in Toronto at Hathaway Consulting Services. We’ve fixed the mistake, and we regret the error. 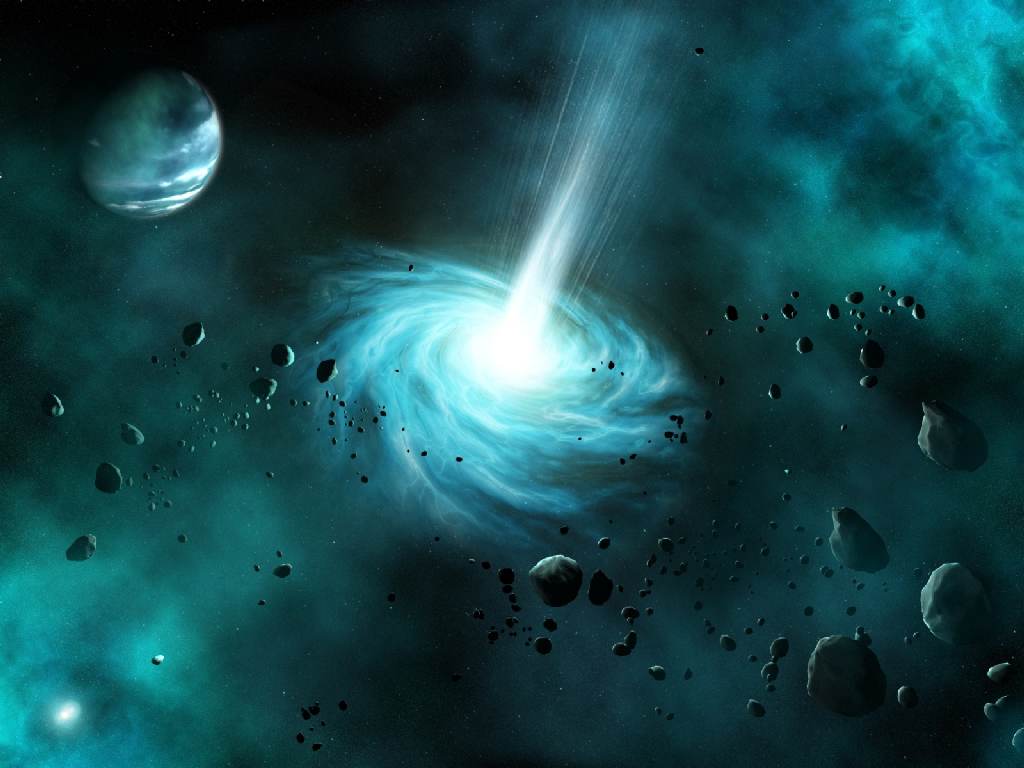