One-Way, Manned Mission To Mars Just Got Closer To Reality

Mars One announces deals with Lockheed Martin and SSTL to develop technology to colonize the Red Planet by 2025. 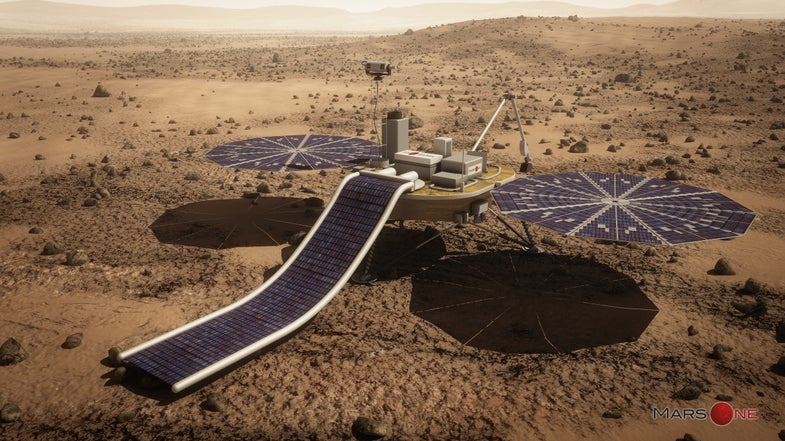 Yesterday, Netherlands-based private spaceflight project Mars One announced the companies it hopes will build the technology necessary for the first private mission to Mars. Lockheed Martin and Surrey Satellite Technology Ltd. were awarded contracts to study and develop concepts for a Mars lander and a data link satellite, respectively, for a 2018 exploratory mission. If that mission is successful, Mars One hopes to begin a human colony on Mars by 2025. The lander, based on Lockheed’s successful Phoenix spacecraft, and satellite would each test technologies needed to sustain human life on another planet.

I sat next to two wannabe-Martians at the Mars One press conference in Washington, D.C., on Monday. Leila Zucker, a local ER doctor, and Aaron Hamm, a hotelier who’d flown in from Milwaukee that morning, were among the more than 200,000 applicants for the one-way mission. Zucker and Hamm were excited about the announcement. “This is the first tangible sign that this is going to happen,” Zucker said_._ (Read our interview with another aspiring Martian, Los Angeles-based game designer Katrina Wolfe.)

The mission’s timetable has been pushed back by two years. The satellite was originally supposed to launch in 2016, with humans arriving by 2023. Now, Mars One is aiming for a 2025 colonization date. 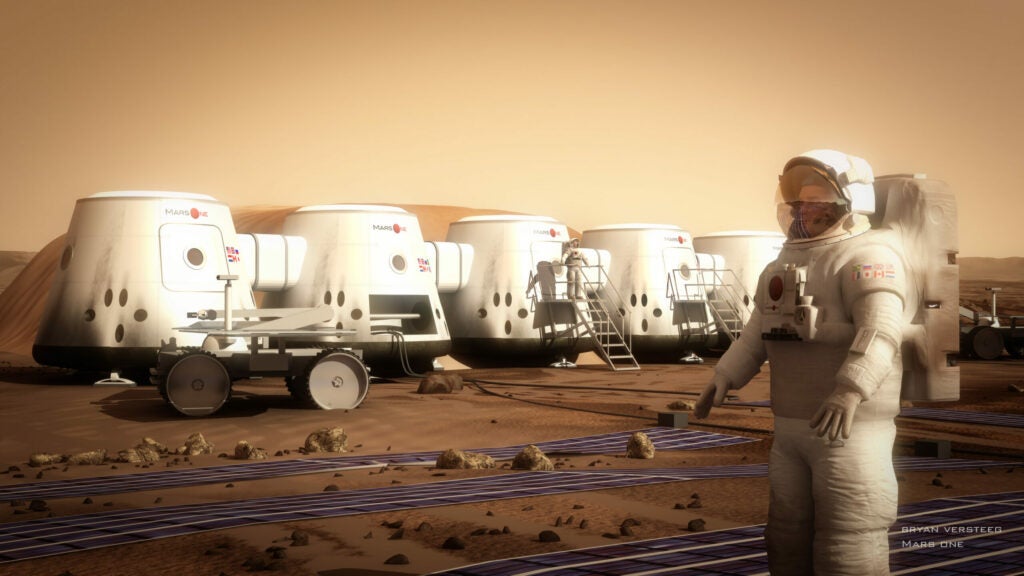 The goal, if all goes well.

These contracts, right now, are the most real part of the project. In the artist’s concept above, there’s a thin film solar panel, designed to power first the lander and, later, facilities in the Mars colony, but no actual solar panels have been selected yet for the mission. Getting enough drinkable water to the planet is also a challenge, though the Curiosity rover recently discovered that Martian soil contains much more water than previously thought. Mars One launched an Indiegogo campaign to fund the research projects that will be included on the Lockheed lander, including a water extraction project. Another challenge: preventing colonists from going insane.

In addition to crowdfunding, Mars One is looking for other forms of sponsorship. Bas Lansdorp, co-founder and CEO of Mars One, said “Mars One will have most unique video footage in the solar system,” and compared the value of that footage to the exclusive broadcast rights from Olympic games. If his projection is correct, and if people are as interested in watching a Martian sunset as they are in feats of athleticism, footage rights alone could more than pay back the cost of the mission. The Lockheed contract is for $250,000, and the SSTL contract is for $82,000.

Of course, this is all assuming that the Curiosity rover doesn’t get jealous and wipe out the Mars One lander first: