How Voyager Became a Grand Tour 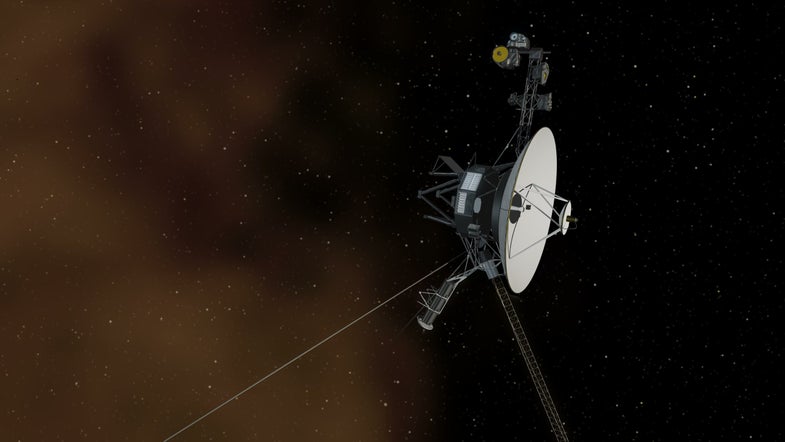 A few weeks ago, NASA announced that Voyager 1 has become history’s first interstellar spacecraft. More than 11 billion miles from the Earth and 35 years into its mission, sometime in early August 2012 the spacecraft left the heliosphere, that invisible bubble where the solar wind’s influence dominates. Now in the wholly unknown environment of interstellar space, Voyager 1 promises to return a wealth of previously unattainable data for scientists and an equivalent trove of inspirational discoveries and perspectives for non-scientists. Even if our emissary is crippled and slowly decaying, humanity has become an interstellar species.

Voyager’s news was slightly tainted by the number of false alarms raised in the last year; it seems that every few months a story surfaced saying Voyager had left the Solar System only to be corrected and retracted. Understandably. It’s not easy to pinpoint the moment a spacecraft enters interstellar space, particularly with decades old systems failing. The science team had to creatively repurpose what working instruments Voyager 1 has left to confirm its interstellar status.

It’s incredible to think that two spacecraft built with Apollo-era technology and launched more than three decades ago are still working. But perhaps even more incredible is that the Voyager missions happened at all. 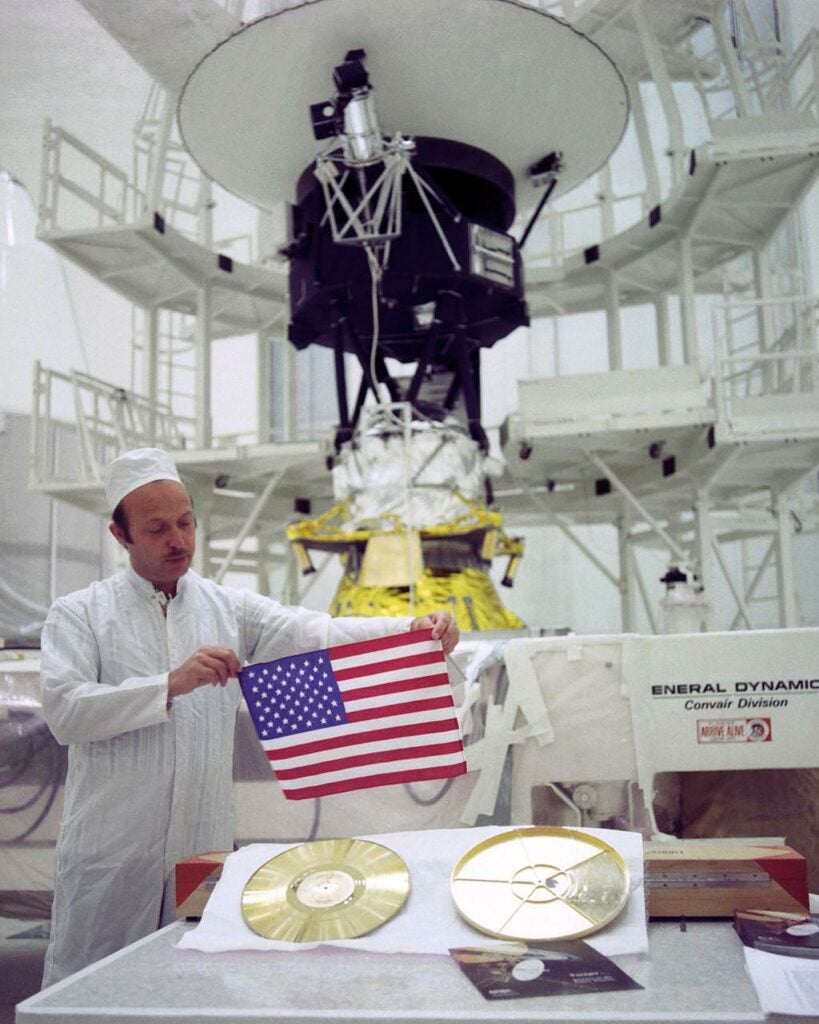 Casani holds the flag that was sewn into Voyager 2’s thermal blanket. On the table in front of him is the Golden Record, and behind him sits Voyager 2.

The Voyager program was born in the mid-1960s when NASA’s effort to land a man on the Moon with the Apollo program was coming together. Looking ahead, the agency expected to build on its momentum after Apollo by sending manned and unmanned missions into deep space. Among the post-Apollo goals was a plan to send a series of spacecraft to all the outer planets – Jupiter, Saturn, Uranus, Neptune, and Pluto – some taking advantage of a rare planetary alignment. Using all new hardware and computer systems, it promised to be an unmanned planetary program on the same scale as Apollo.

But getting this Grand Tour off the ground proved difficult. When NASA’s budget started shrinking in 1967, the multi-planet mission was scaled back and restructured until the agency was left with a pair for probes flying dual and triple planet missions. In the early 1970s after President Nixon approved the space shuttle, it was unclear whether NASA would get to fly an outer planetary mission at all.

Of course, we know that NASA did get its multi-planet mission with the twin Voyager spacecraft. But the untold part of the story, and the key behind Voyager’s success, is how scientists from NASA’s Jet Propulsion Laboratory found a way to make the mission happen. Believing in the multi-planet profile, they reused old spacecraft architecture and modified the trajectory to bring the mission to life. But more importantly, they designed a mission that launched as a conservative dual-planet flyby but always had the potential to developed into a multi-planet, deep space flight.

The whole story of Voyager’s development is not only interesting in itself, knowing this background helps us appreciate the twin deep space probes and the scientists that brought them to life. I’ve chronicled the Voyager story in my latest article for Al Jazeera English.