You have to crawl before you walk… unless you don’t. While crawling is considered a major developmental milestone in most... 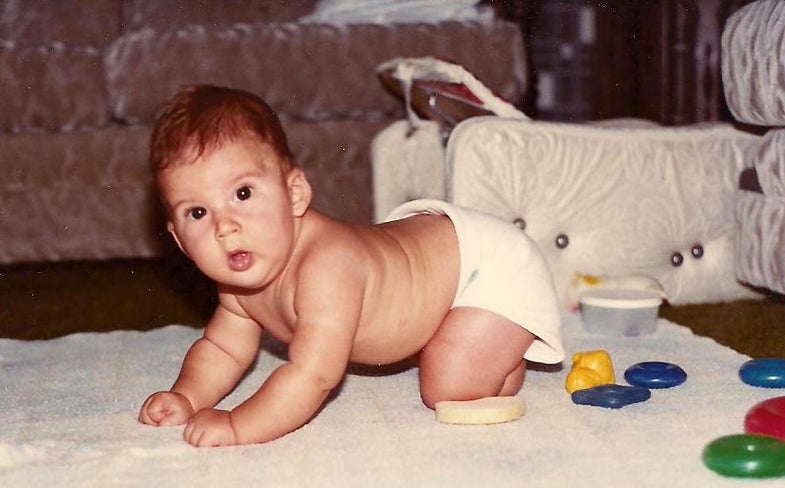 You have to crawl before you walk… unless you don’t. While crawling is considered a major developmental milestone in most western countries, the ability to scoot on the ground isn’t a common practice everywhere – and it’s likely a new evolutionary invention.

That’s what David Tracer, anthropologist at the University of Colorado, has found. Tracer never intended to study crawling. He started working with the Au people in Papua New Guinea in 1988, doing surveys of child and maternal health and nutrition.

One of Tracer’s graduate students happened to be a former physical therapist, and he casually mentioned that he’d never seen any of the Au babies crawling. “That’s when the lightbulbs went off,” says Tracer.

Au babies are carried by their mothers or siblings 86 percent of the time during the infants’ first 12 months, Tracer noted. When they are put down, the young children are usually placed in a sitting position, instead of prone on their stomachs. Au babies go through an upright “scooting” phase–pushing themselves along with their hands and scooting on their backsides.

The reason is two-fold, says Tracer. Parasites are common in the area where the Au live, so preventing their transmission into fragile babies’ mouths is important. The other major reason is less important to the Au and more vital to societies in Africa and elsewhere – preventing predator attacks. Tracer points to ethnographic evidence from Africa and Indonesia, where babies are similarly carried throughtou their first year and walk straightaway without a crawling phase.

Crawling may have evolved around the same time as wooden floors in houses – only about 200-300 years ago. “For most of evolutionary history, kids were not put on the ground to shield them from pathogens or predation, so crawling is definitely the evolutionary novelty,” says Tracer. He says that Au children tend to be walking later than western kids, but that’s likely because of nutritional deficiencies and not due to the lack of crawling.

With the back-to-sleep movement to prevent SIDS, babies in the west are spending more time on their backs. This can delay crawling, taking humans back to how babies used to develop.

In humans’ closest relatives, great apes, babies are rarely put on the ground. Instead, says Tracer, they learn to crawl on their mothers’ bellies. “It almost seems to be there’s seem kind of phylogenetic heritage to not crawling,” he says. He is quick to point out that babies who are placed in the prone position – facedown and primed to crawl, that is – and who don’t crawl could have a developmental deficit.

So crawling could just be a evolutionary fad whose time has come.