Now, the historic astronomy images are on glass plates in a building. But what if they were digital and on the internet? 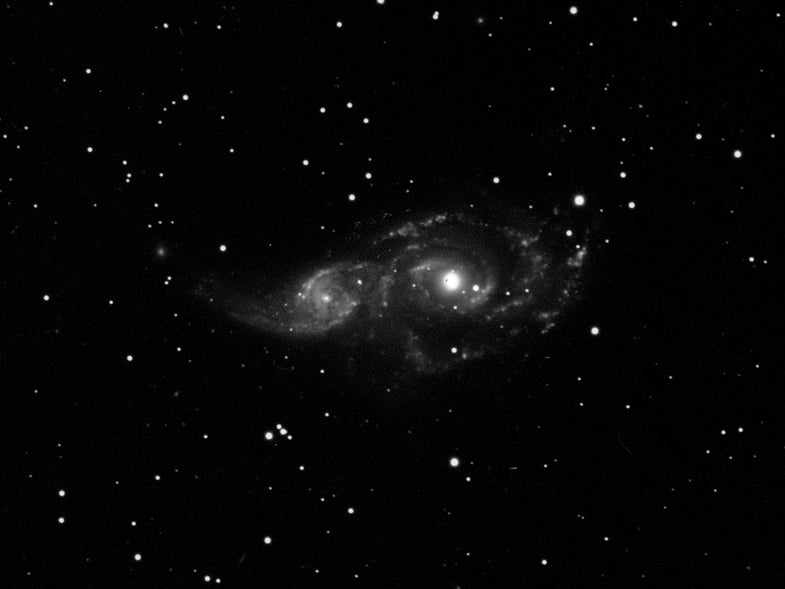 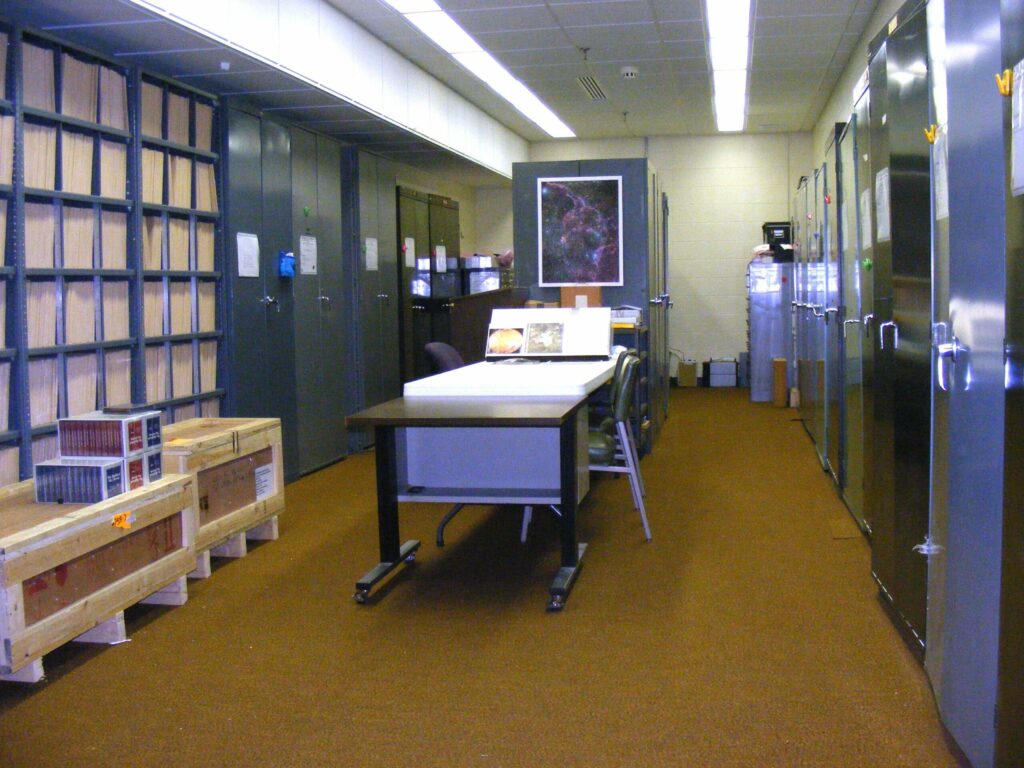 One of four archive rooms at the Astronomical Photographic Data Archive

In the mountains of western North Carolina, on a campus once used for tracking astronauts in space, there lies an archive full of astronomical data. The data comes in the form of photographic plates from the past century, which hold images of the night sky. Many have yet to be explored, and contain images such as comets before they were discovered, spectra images of emission stars, and all-sky surveys dating back to 1898.

“It’s a stamp of the sky. And unless you can time travel, you’ll never see it otherwise,” Michael Castelaz tells Popular Science.

Castelaz is the science director at the Pisgah Astronomical Research Institute, the nonprofit that houses the 220,000 photographic plates in four rooms in the Astronomical Photographic Data Archive. This presents an obvious dilemma of location: Scientists from far-flung places such as the Czech Republic or even Denver have to either ask the staff in North Carolina to take a look at the photographic plates they hope to analyze, or get on a plane and take a trip to the archives themselves. That’s one reason why PARI has decided to digitize its archives—which constitute 1/5 of all astronomical plates in North America—as a part of the Astronomy Legacy Project. 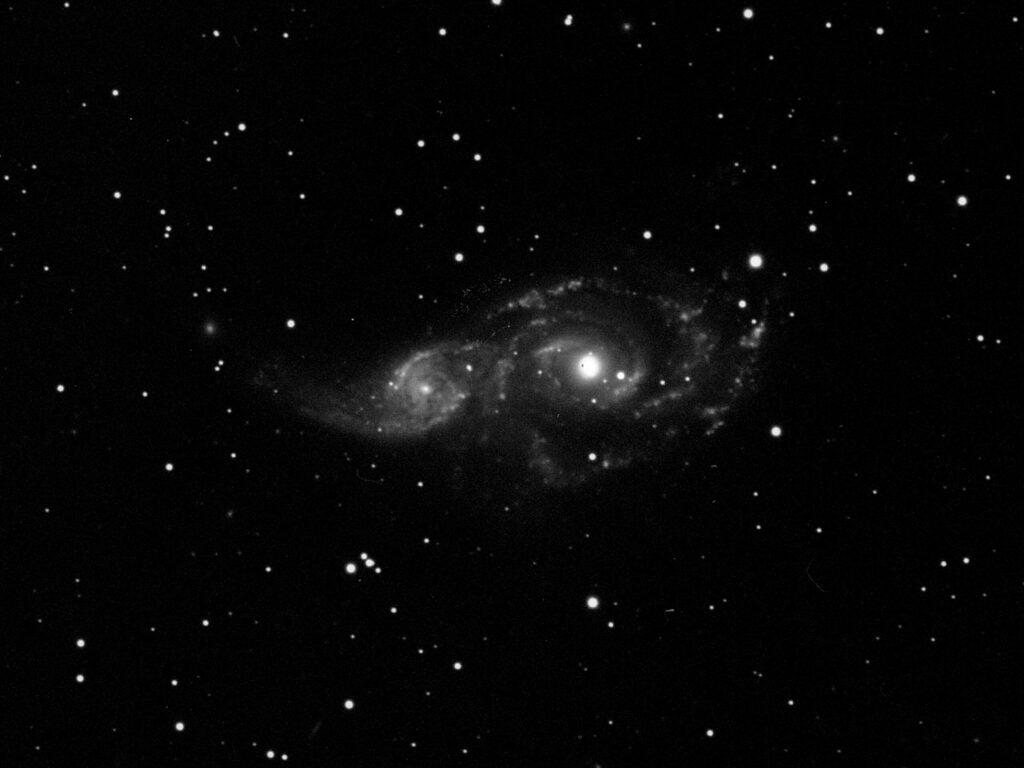 Image of NGC 2207 as it appears on a photographic plate taken in 1975 with the CTIO 4-m telescope.

These days, we’re accustomed to easy access to astronomy images. We can get our fix every day here, here, and even a simple Google image search. But for much of the 20th century, it wasn’t so easy. Until the invention of the charge-coupled device made digital imaging possible in the late 1960s, astronomers were relegated to using the analogue version: glass plates. Astronomers had to sit at telescopes for hours, and then go through the rigors of actually developing the images onto photographic plates.

“We calculated it would have taken about a million hours sitting at telescopes to make all of the plates,” Castelaz says of the archives at PARI. That’s a lot of labor involved to allow these plates to languish in storage. The largest astronomical plate archive belongs to the Harvard College Observatory, which houses more than half a million plates and has been working on a similar digitization project over the years called Digital Access to a Sky Century @ Harvard— a project Popular Science covered at length back in 2011.

So like any good organization strapped for cash, PARI turned to Kickstarter to raise money to purchase a scanning machine, which they will then use to digitize and make the archive open to an even wider public than those who are able to visit in person.

“The plates are well taken care of, but as a service to the community—in a broad sense, not only astronomers, but anybody—we really feel the need to digitize them, get it right, and get it out into the world,” Castelaz says. The Astronomy Legacy Project is hoping to raise $67,000. At the time of writing, 215 backers had pledged a total of $10,851. You can help them out here.