Spit-up Night at the Improv

I make a fishy face, I wriggle to silly baby songs, and I do my best Donald Duck impression. Harrison... 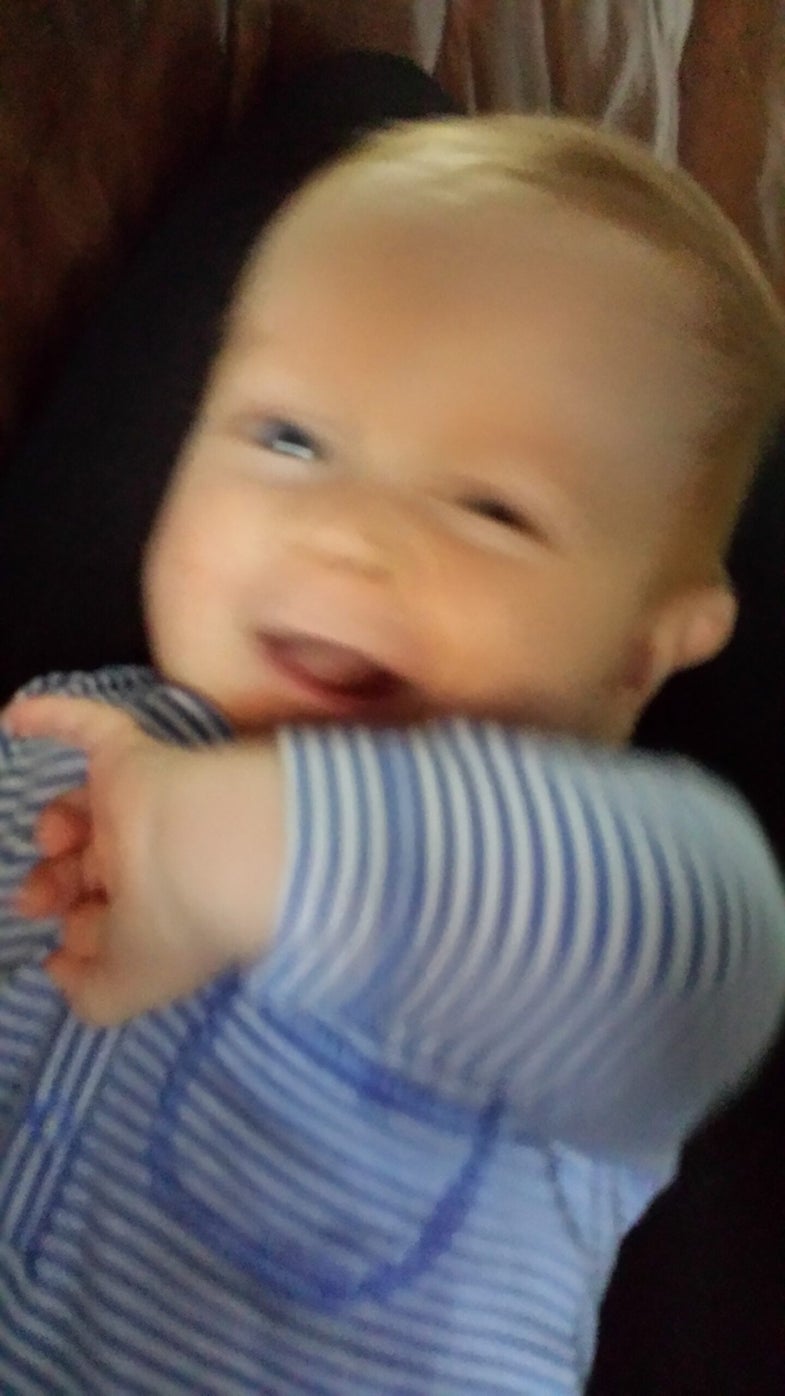 I make a fishy face, I wriggle to silly baby songs, and I do my best Donald Duck impression. Harrison is now 11 weeks old, and he’s started doing an open-mouthed silent laugh that melts my heart. That’s why I do everything I can to elicit these baby-chuckles — and why I started to look into the science of baby laughter.

Typing baby laughter into YouTube revealed about 19 million hits — babies cracking up seems to be second only to cat videos on the internet. But when I typed baby laughter into a PubMed search, only a handful scientific studies popped up.

Though infant laughter typically been ignored by the scientific community, says Caspar Addyman, these early laughs could be a window into the way infants start communicating with the world.

“Babies can laugh long before they can talk, so perhaps laughter has a more important role being one of the earliest forms of back and forth communication,” he says.

Addyman is a research fellow who runs the Baby Laughter project at Birkbeck, University of London. He began to think about baby laughter after looking around his family: his brother is a stand-up comedian, and his sister just had a baby. “I’d been doing research with babies for 8 years, and in the lab we sort of miss out on laughter. Most of the time we’re trying to bore babies to tears a little bit, and making a baby laugh is one of the best things about a baby,” says Addyman.

The project has been collecting videos of babies laughing (and they’re still looking for more submissions, so if you have a submission, please go here).

Most babies start laughing between 3 and 4 months, according to survey data collected by Addyman. This video of baby Jasper cracking up at 2 months may be one of the earliest recorded laughs.

So what exactly do babies find funny? Most babies first laugh at their parents’ faces – so my fishyface could be the trick to get Harrison’s first audible giggles. Soon thereafter, babies start to laugh at physical sensations like tickles or being hung upside down. Tearing paper is also a huge laugh-getter.

Addyman says that the study is still nascent, but it points toward the fact that laughter is more than just a silly pastime. Scientists spend plenty of time looking at how crying communicates a baby’s desires, but laughter is also part of ommunication. “It’s something that the baby is sharing with the parent – mom and dad make the baby laugh more than anyone else.”

A common misconception about adult laughter is that it’s an intellectual exercise. “That’s an aspect of laughter, but laughing has many more dimensions,” says Addyman. Adult laughter is contagious (though not to young babies) and it serves a very social purpose.

Babies also show emotions in their sleep, which may be a way of practicing for the waking version. This video of baby Oliver shows him waking up with every emotion. Japanese researchers have found that newborns as young as 17 days laugh in their sleep.

“Babies are learning their emotional range,” says Addyman. “It’s sort of a wild ride being a baby.” Since sleep is generally a consolidation of learning and a rehearsal of things you’ve been doing, the babies are practicing skills they may be developing in their waking time.

One of the lab has started will assess whether babies that laugh more when interacting with their parents are also earlier to develop language skills. The idea, says Addyman, is that laughter helps a baby begin to learn communication skills. Of course, the study will force the lab to get babies to laugh on demand – something that is as difficult as stand-up comedy.