Like most parents, Bryan Shaw snapped unending pictures of his new son Noah. But when the baby was just a... 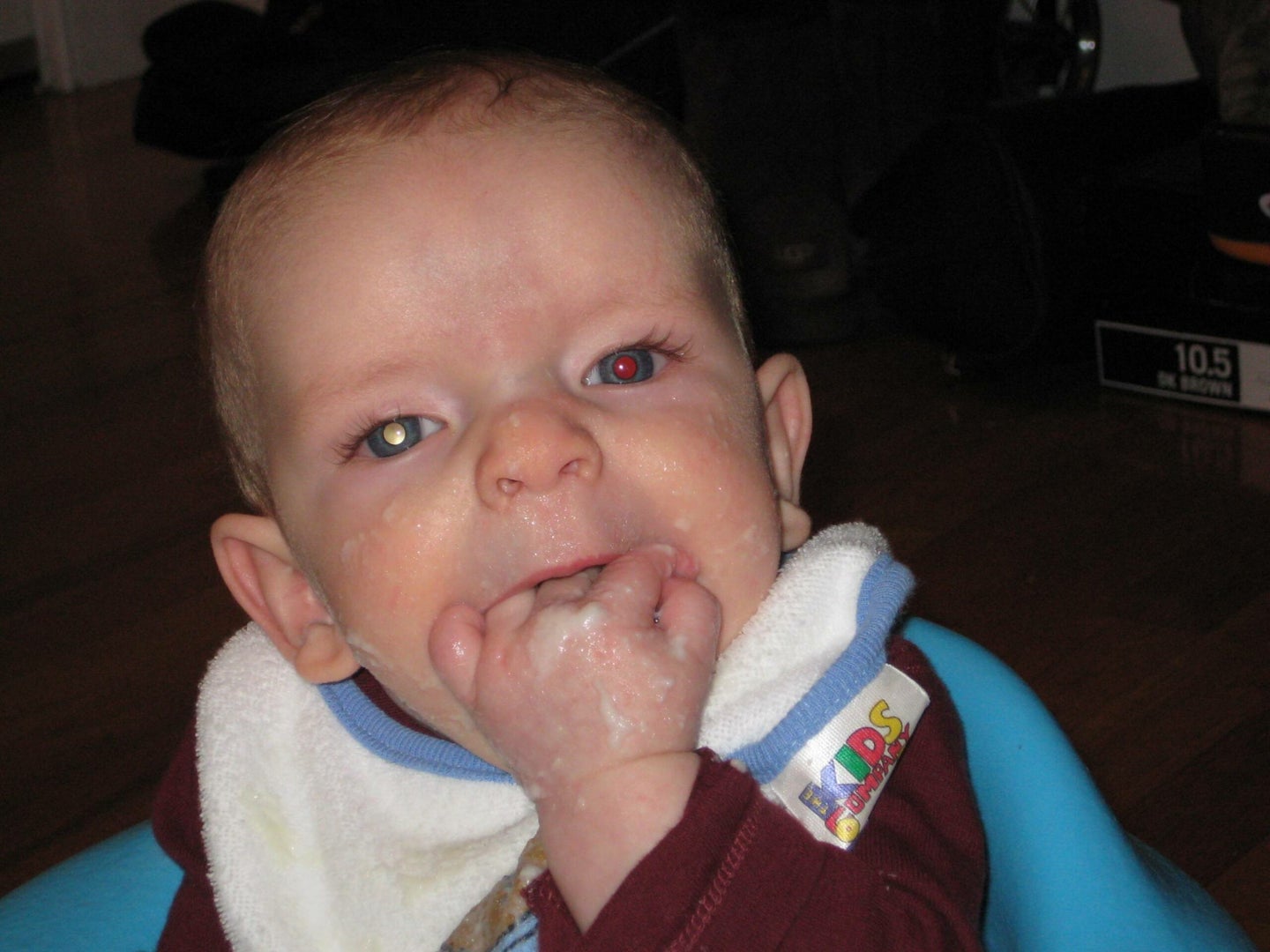 Like most parents, Bryan Shaw snapped unending pictures of his new son Noah. But when the baby was just a few months old, Shaw’s wife Elizabeth started to notice something odd about the pictures: in them, one of Noah’s eyes appeared milky-white instead of red.

When his wife approached him with the concern, Shaw, who was then a chemistry post-doctoral student at Harvard, chalked it up to first-time-parent worries. “I told her it was nothing,” he says. “I took a bunch more pictures and the milkiness went away at some angles.”

It wasn’t for a few more months that Noah was diagnosed with retinoblastoma, a rare eye cancer that affect 8,000 children each year and kills more than 4,000. The milkiness comes from light reflecting off tumors in the back of the eye, where the cancer starts. It only occurs in children under 5 years, when the retina is still developing.

While Noah was undergoing treatment for his cancer, Shaw started to think about the pictures he had taken – and he began to wonder if they could have signaled an earlier diagnosis.

Shaw, who is now a professor of chemistry at Baylor University, has now teamed up with Noah’s doctors to author new research published last week in the journal PLoS ONE analyzing more than 7,000 photos of Noah and other babies’ eyes, with the aim of developing a system to identify leukocoria, the white-eye syndrome that led doctors to diagnose retinoblastoma. The paper shows that digital photos can diagnose the illness, and that the amount of leukocoria also correlates with the size of the eye tumors.

Noah lost one eye in the fight with cancer, but he is a happy and healthy boy otherwise. Shaw says that a screening tool could do much good in the developing world, where early diagnosis and treatment are often lacking. Survival rates are around 95% in the US, but less than 46% in Namibia. “Cell phones are booming the third world,” he says. “People have a camera phone even if they don’t have a washer or a car. In places like China or India, peoples’ access to digital photography increases at a faster rate than their access to doctors does.”

Shaw found that the leukocoria could be traced back to pictures of his son at only 12 days old – months before the diagnosis actually occurred. He also says that leukocoria can be seen even with red-eye reduction settings on cameras.

There is a problem with some of the newer smartphones, warns Shaw. Many healthy people appear to have white-eye, especially when photographed in low-light conditions. He surmises that it might be the proximity of the flash and lens, or it might be post-processing software, or it might be something to do with the emission band of the LED light. Shaw says that the new iPhone 5 may have fixed the problem, and that he is talking to companies the potential for an easy screening product.

This is not the first time that digital photography has helped diagnose eye disease. The eyes of people with Coats’ disease appear yellow in photographs, and apps are being developed to diagnose and monitor adults with retina problems.

Still, Shaw says that doctors haven’t thought about harnessing the power of recreational photography. “White-eye is historically viewed as a symptom of advanced retinoblastoma, with a low chance that the eye can be saved. Our paper challenges this paradigm by showing that photography can detect tumors in their earliest stages; white eye can show up in early stage retinoblastoma, however, it shows up less frequently in the early stages because the picture has to be taken at a magic angle.”

Any parent can appreciate the power of baby pictures.