“Looper” And The Real Science Of Time Travel

A theoretical physicist at MIT shares what we actually know about toying with the arrow of time. 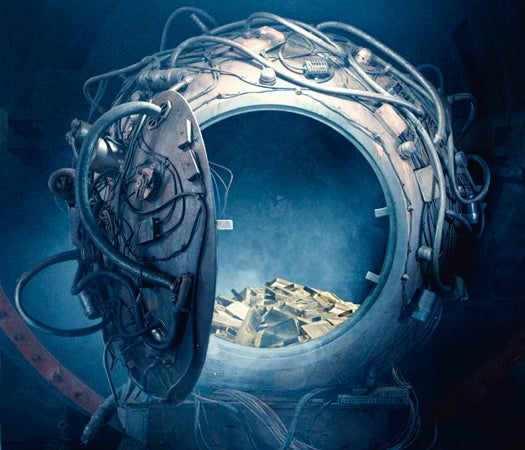 Copyright of Looper, LLC, and courtesy of Sony Pictures
SHARE

This weekend Looper, a gritty time-travel thriller from writer/director Rian Johnson (Brick, The Brothers Bloom) arrives in movie theaters across the United States. The story: Powerful crime organizations in the late 21st century can’t off their foes without getting caught, so they illegally send victims back in time to the year 2044 to be disposed of by hitmen called “loopers.” Looper‘s time travel, in short, is a futuristic version of the East River.

Though gunning down folks from the future is profitable, it comes at steep personal cost. Thirty years after Joe the looper (played by both Bruce Willis and Joseph Gordon-Levitt with some Bruce-Willis-like makeup) signs up, crime bosses nab him, send him into the past, and force his past self to kill his future self — an attempt to close his “loop.” This is the standard for loopers: live well, but live fast, and when your time comes, your younger self will be your killer. (Nothing could possibly go wrong with this scenario, nor introduce a series of mind-melting time travel paradoxes, right? Oh, wait.)

Moviemakers often turn to scientists to boost the plausibility of their plots, even when the plot involves a drug-addicted time-traveling hitman, but Johnson says he didn’t consult with any researchers while making Looper.

“The science of real life time travel was less important than the science of using time travel in a story,” Johnson wrote in an email to Popular Science. “I studied other time travel movies to see how they put it at the service of the characters and story, and not the other way around.” Johnson has previously cited La Jetée as an influence, for example.

But the movie got us thinking about where the science of time travel stands. So we spoke with Edward Farhi, a theoretical physicist at MIT who has both seen the movie and intimately studied time travel.

One of time travel’s best-known facts is that going forward — way, way forward — is technically possible. Albert Einstein realized this as early as 1905, when he deduced the special theory of relativity.

“Einstein argued time is not an ever-flowing and immutable thing, but that an interval of time between events depends on the observer,” Farhi says. In short, the faster you travel compared to some other object, the slower your clock ticks relative to the other object’s.

For example, riding a rocket into space that’s traveling close to light-speed — then returning to Earth months or years later, according to your clock — would elapse hundreds or even thousands of years on the planet. “You may meet your children’s children’s children’s children and be younger than them, and that’s weird,” Farhi says. “But there’s actually nothing paradoxical about this.”

Einstein later developed the general theory of relativity, which argues intense gravitational fields are another way to skip ahead in time. Hanging around a black hole’s point-of-no-return, where gravity warps space-time, the fabric of the universe, to an extreme degree, could make someone’s clock run far slower than that of an observer near the gravity well’s edge.

“If I hung you down there and you looked up at me, you’d see me in fast-motion and I’d see you in slow-motion,” Farhi says. “That makes people wonder, could you build a gravity field strong enough to bend space-time to go backward? It’s a pretty tempting idea.” 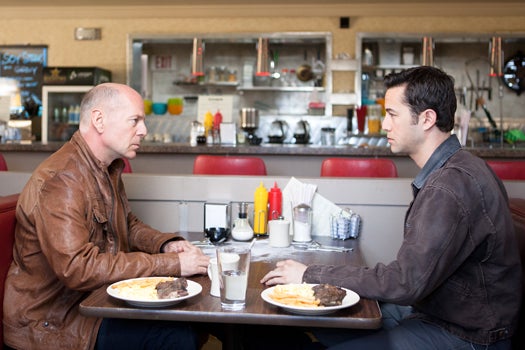 BACK TO THE PAST?

Looper doesn’t propel characters into the future, except through cinematic montage sequences. But the movie does transport people into the past.

Gott solved for Einstein’s equations in an imaginary 2-D universe to create the curves. Even accounting for the known laws of physics, the solution seemed to allow backward time travel.

Skeptical of this on-paper feat, Farhi and two other physicists then posed the question: what would it take to build this time machine?

The trio assumed they’d have infinite technology at their disposal, both to corral the necessary matter to warp 2-D space-time and fuel a spaceship to travel near the speed of light.

“In Gott’s idealized universe, you could turn on the machine around [a dense piece of matter] and come back before you left,” Farhi says.

After crunching their equations, the implausibility of the machine became clear. To warp space-time enough to create a closed timelike curve as well as power the spaceship would demand half of the fake universe’s matter and energy. (Farhi noted that a similarly ridiculous requirement would also extend to such a machine in our own universe.)

That snag notwithstanding, theoretical physicist Gerard ‘t Hooft and his colleagues also pointed out that the extreme density would collapse the universe in a big crunch before the machine could begin to function.

“Einstein’s theory of general relativity seems to conspire to end the universe before you’re able to travel back in time and kill your grandfather before your parents were born,” Farhi said. “This convinced me that traveling back in time is not possible.” 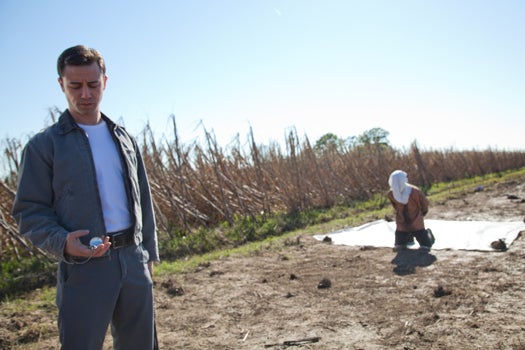 Farhi has since moved on to study quantum computing, yet other ambitious researchers continue to probe the arrow of time. A group of researches in 2011, for example, suggested that quantum particles can be entangled across time, potentially allowing people to send data instantly into the future. Such a feat — while impractical for now, as it may need to involve black holes to work — might safeguard data important to humanity.

Another potentially helpful development is the proposed existence of space-time crystals. Such perpetually vibrating molecules might be key to the universe’s most reliable clocks. Even in the coldest depths of space, which can halt atomic movement, magnetic forces within a properly assembled crystal would keep its atoms moving.

Although Farhi’s work in 1992 convinced him that paradoxes will always prevent backward time travel, contrary to Looper‘s worrisome depiction of the universe, he gave the possibility one last shot on May 7, 2005.

“The students [at MIT] decided to host a time traveler’s convention. We advertised the event, put out milk and cookies for time travelers, and waited for some to show up. Maybe they were clever enough to remain incognito, but none came,” Farhi says.

“So, as far as we know, reverse time travel can only exist in the movies.” 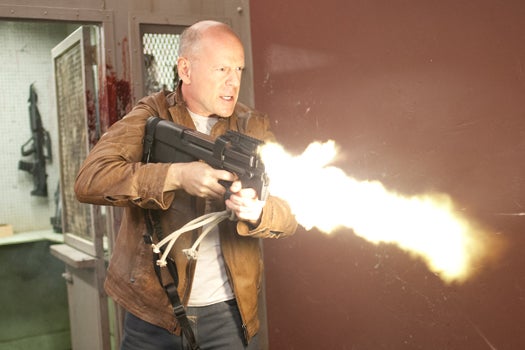 Future Joe goes on a rampage