The US Army is still looking for its perfect quadcopter drone

The Department of Defense awarded $11 million to six companies to make it happen. 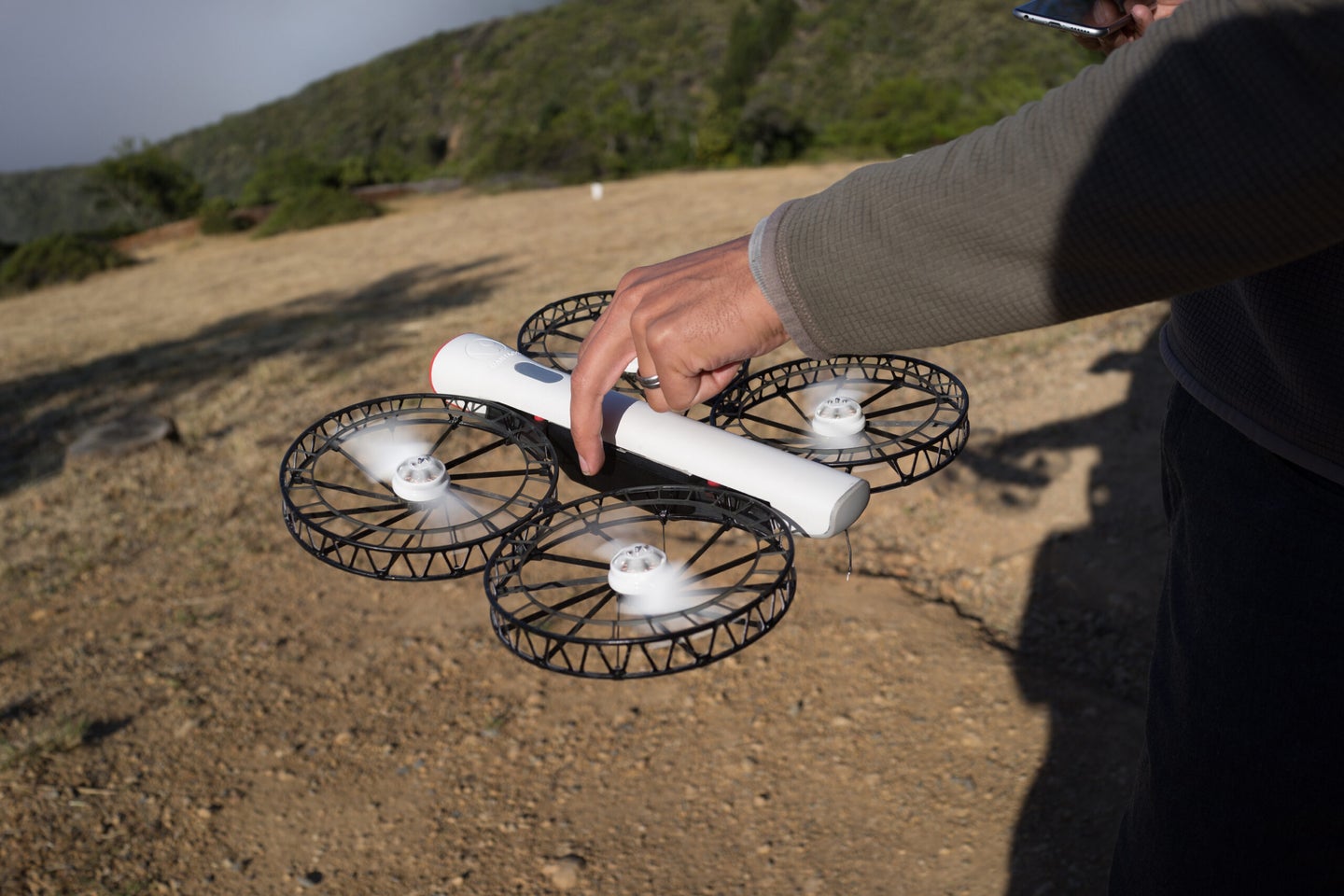 It’s not hard to imagine how a small drone, like a quadcopter with a camera on it, could be useful for a soldier in the Army. After all, it’s a way to see something that’s over a hill, or around a corner, without sticking your neck out.

But while the Army has fixed-wing drones such as the Raven and Puma (picture a big model airplane to get a sense of what they look like) that a soldier would launch by hand, it doesn’t have an official Army drone that’s a four-prop flying machine like any civilian might buy from a company like DJI.

“There’s no organic quadcopter capability in the Army,” says Carson Wakefield, an assistant product manager for small unmanned aircraft systems in the Army. And while she says that some units may have bought commercial drones to use, the Army has policies saying that they’re not allowed to use straight off-the-shelf drones “due to cyber vulnerabilities or GPS jamming.”

Last year, the Department of Defense prohibited the use of regular off-the-shelf drones. And in 2017, similar Department of Defense guidance surfaced making drones from DJI, a Chinese company, prohibited, too. Wakefield says that’s part of what’s driving this new initiative. “DJI has the majority of the market share for hobbyist and commercial drones, and with the restrictions in place for DJI, we have asked industry to come to us with affordable solutions,” she says.

Thus the need for an Army quadcopter, which will have special requirements that the drone you fly in your backyard on the weekends doesn’t. For one, it should be able to fly for 30 minutes, have a range of 1.9 miles, and be “man-packable,” Wakefield says, so a soldier can easily transport it and launch it.

Matthew Borowski, a project manager at the Defense Innovation Unit, which is a part of the Department of Defense, adds that the drones should have further requirements. “We’re looking for the ability to see things both in daytime and at nighttime, so that typically requires a sensor that works in the infrared spectrum, that can pick out heat signatures,” he says. It also needs to work with the part of the radio spectrum that the military uses for communication.

Instead of creating a craft like this from scratch, the goal is for a company to “adapt a current commercial offering,” says Borowski. The companies that received the money, via the Defense Innovation Unit, for this project are well-known drone-maker Parrot, as well as five other outfits: Skydio, Altavian, Teal Drones, Vantage Robotics, and Lumenier. All together, the revenue they’re receiving totals $11 million.

In the beginning of next year, there will be a “final user assessment” of the drones these companies come up with, says Borowski. And during that time they’ll be considering “which one had the best user experience,” for the soldiers who try them out, he says.

The final goal is for a soldier to have the kind of drone they might fly on weekends for fun, but a customized Army version. “You want to know what data is going in and out, and you want to have ownership in what you’re actually fielding, because ultimately you could rely on that machine to save your life,” Borowski says.

Wakefield, of the Army, says that they’re approaching this technology similar to the way a consumer views a smartphone. After all, these aren’t tanks or helicopters that are supposed to last decades. “We’re trying to shift from purchasing one thing and fielding it and supporting it for the next 10, 15 years,” Wakefield says, and moving towards an iPhone-upgrade rhythm that a consumer might have. “We believe quadcopter technology is probably going to advance at a similar rate.”