The biggest security breakthroughs of 2019 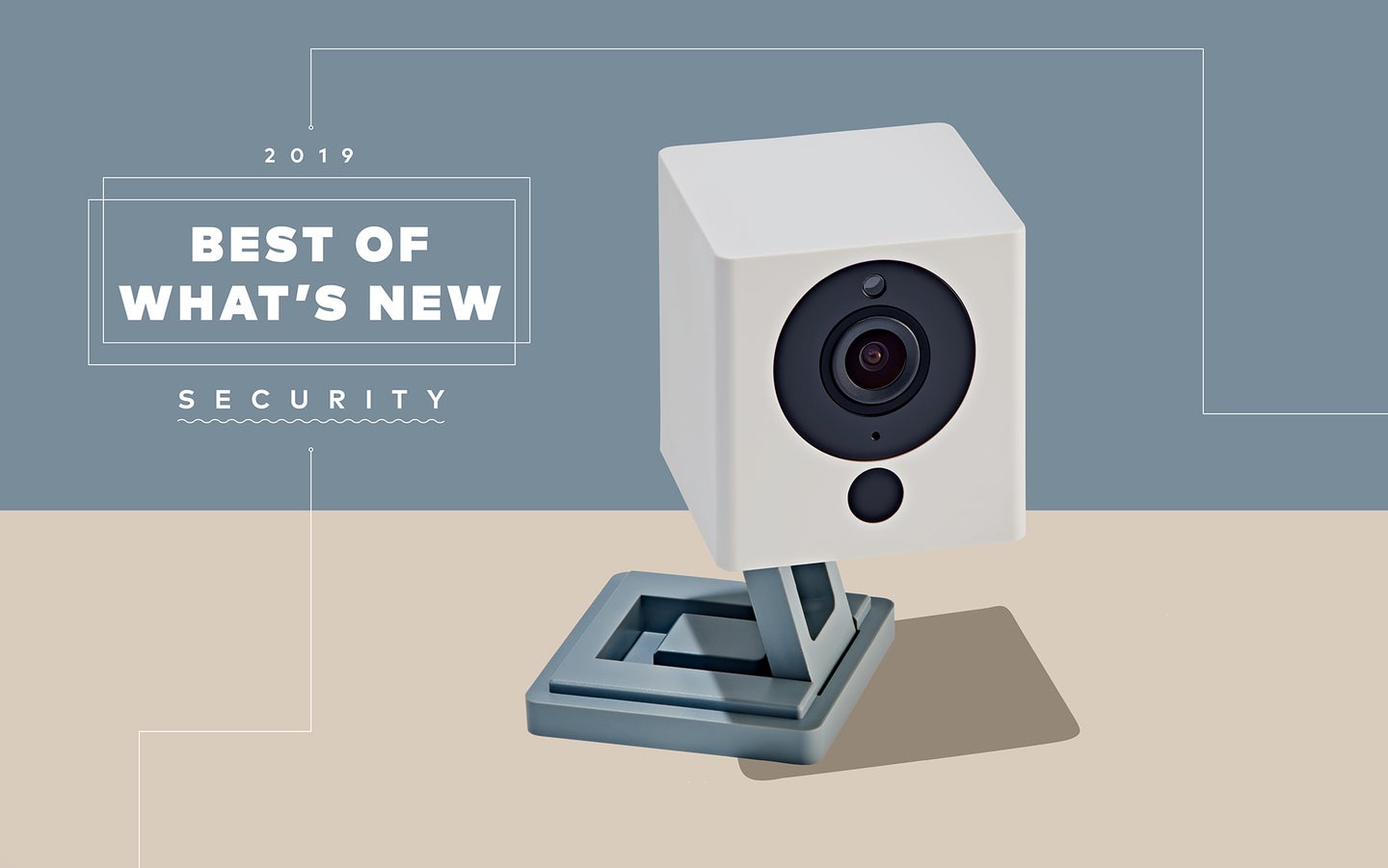 Security is always a work in progress, as designers and engineers respond to new threats online, at home, and on the battlefield. Sometimes that means big, bold efforts like building hypersonic missiles that streak across the sky at five times the speed of sound. But it also means finding ways of filling the small gaps that arise in everyday life, like making it a bit easier to protect our data online or developing an AI-powered security camera that costs just 20 bucks. 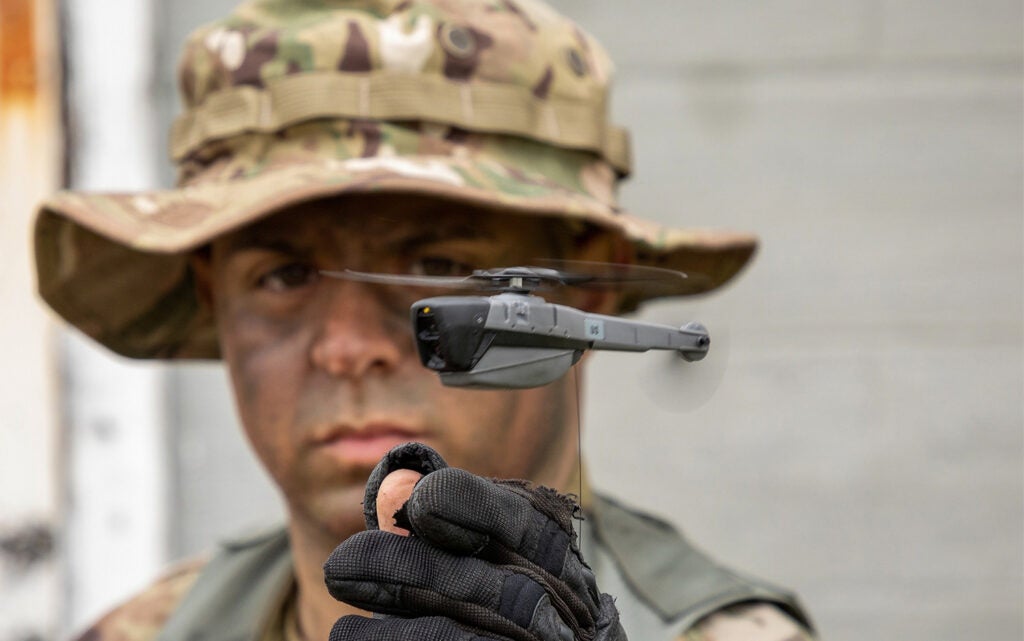 A drone that fits in a soldier’s hand.

In August, US Army troops in Afghanistan deployed a new reconnaissance tool: palm-size drones that weigh just over an ounce. The Black Hornet remote-control micro-copters stream hi-def video and photos, and their diminutive dimensions—and ability to fly without a GPS signal—make them especially adept at ducking into buildings, bunkers, and caves. FLIR developed a proprietary composite to minimize weight without sacrificing durability, so the wee spies can fly in 15-knot wind, remain airborne 25 minutes, and venture as far as 1.5 miles on a charge. Thanks to a revamped rotor design and flight control software that works much like an autopilot, the Black Hornet is unusually easy to fly using a tablet and a pistol-grip-style controller. Soldiers carry one version for daytime use and another equipped with a thermal camera for low-light conditions. Learning to maneuver them takes just minutes, quickly (and dramatically) increasing a squad’s situational awareness. 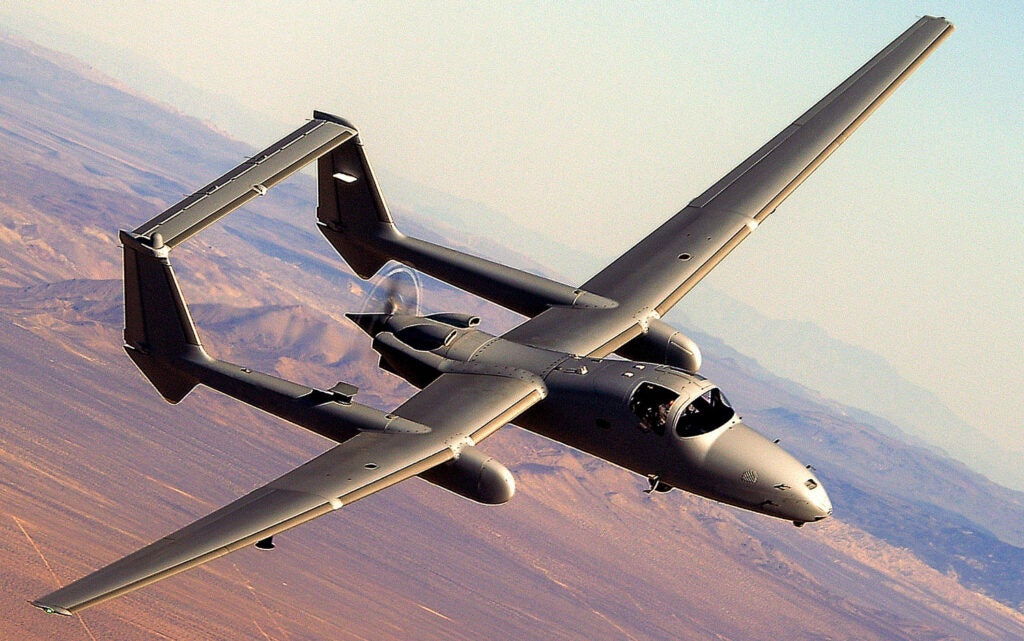 The next great reconnaissance airplane will be autonomous. Or not. The Firebird can fly on its own or with a pilot aboard, making it suitable for uncrewed flights of up to 30 hours or human aerial observation. A ground crew can swap the autonomous flight system for a complete cockpit in about four hours. They also can change modular equipment like a camera or infrared sensor in 30 minutes, giving this highly adaptable airplane even greater versatility. 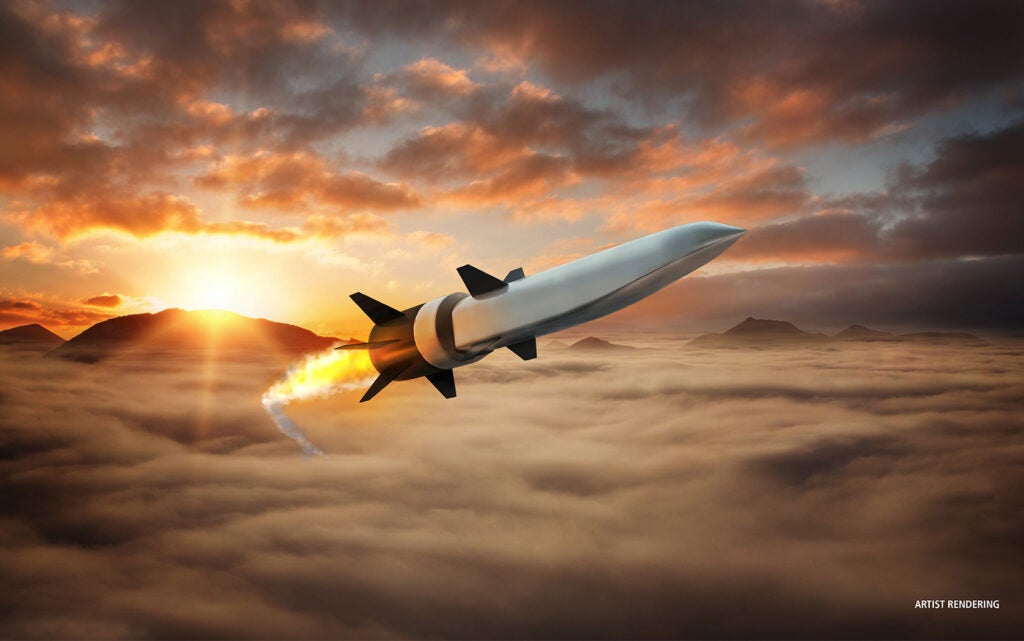 Hypersonic weapons combine the speed of ballistic rockets with the agility of cruise missiles, making them difficult to combat. But flying at up to five times the speed of sound means managing intense heat and optimizing airflow to produce thrust. Manufacturing the intricate parts and complex shapes needed to do that is tricky, and assembling them requires exacting precision. Engineers will make things much easier by 3D-printing key components of the Air-Breathing Weapon. That could give the Pentagon an advantage in an arms race with China and Russia. 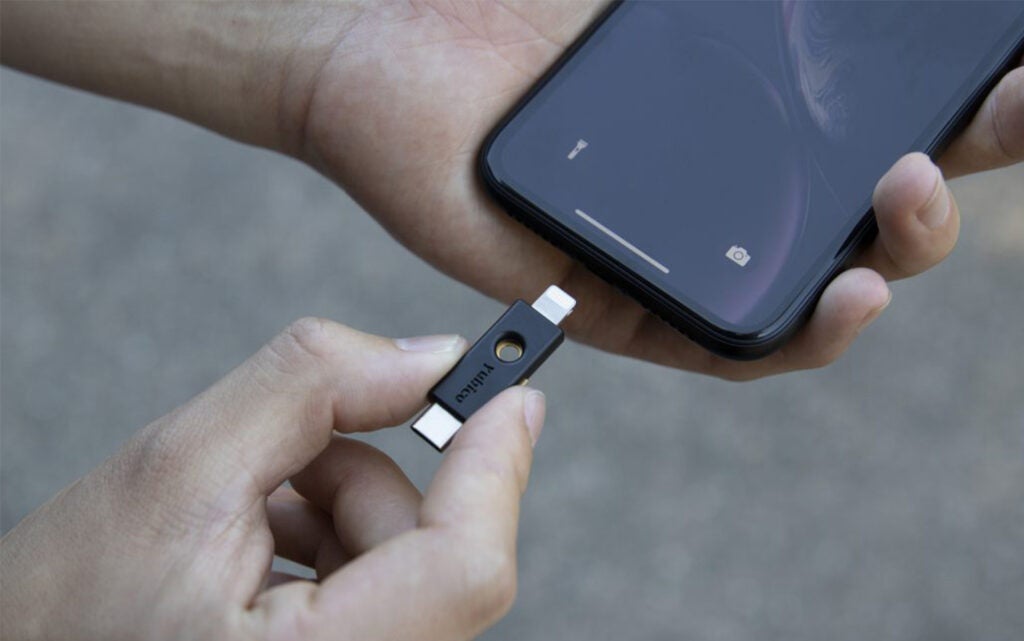 Two-factor authentication has been backstopping our passwords for years, but even those texted codes can leave you exposed to attacks. Plugged into your phone via a USB-C or Lightning port, the Yubikey 5Ci dongle is a physical “key” to augment or even replace conventional password and six-digit passcode combos. Register it with any of the hundreds of compatible apps and services—including mainstays like Google, Facebook, and Twitter—and go about your digital life quickly and securely. 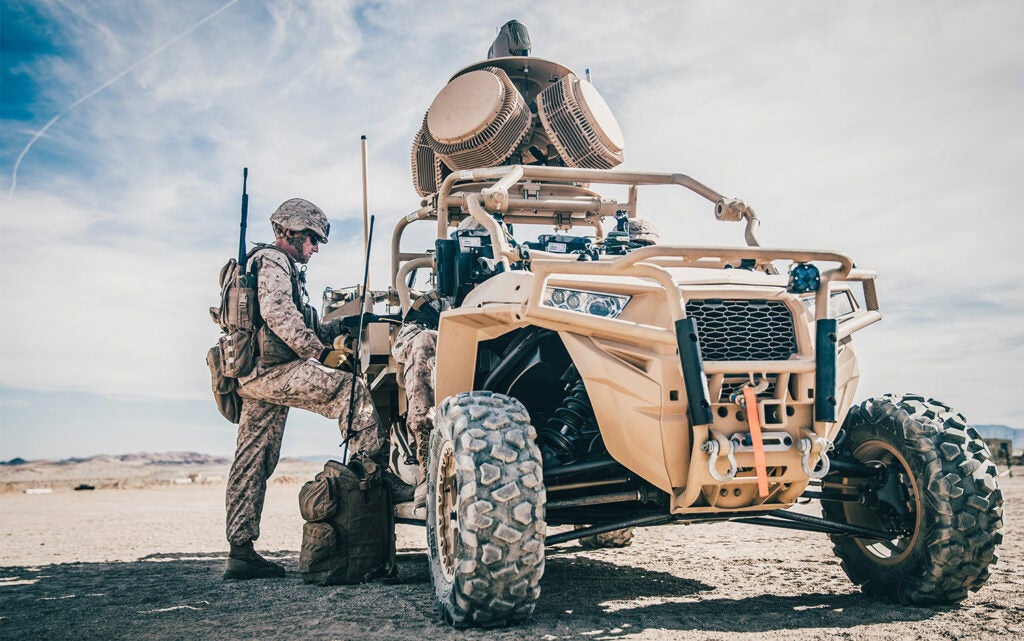 When an Iranian drone threatened USS Boxer in the Strait of Hormuz this past July, Marines aboard the warship reportedly brought down the threat with radio waves. Now, the DoD won’t confirm any of this, but it’s believed to be the first known defeat of a drone using a weapon that uses highly focused energy (read: lasers! And microwaves too) instead of a projectile. The Pentagon is very hush-hush about how it works, but we know it uses radar, gyro-stabilized cameras, radio-detection sensors, and electronic jamming equipment to autonomously track and attack targets. The system rides on a pair of all-terrain vehicles and is much cheaper than conventional ballistics. 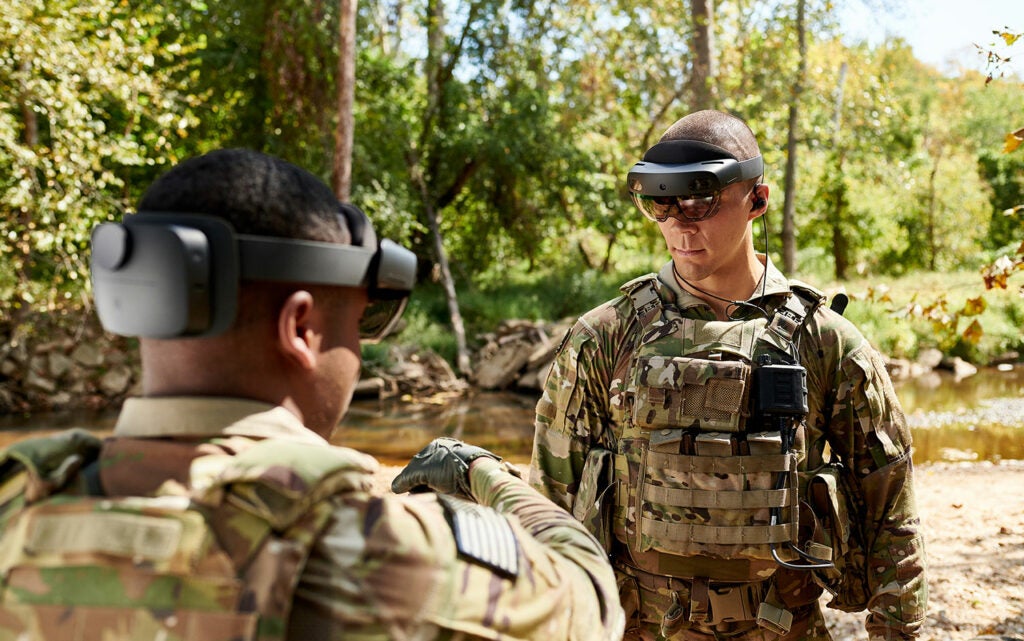 AR for the battlefield.

The Pentagon and Microsoft are readying Terminator vision for the field. The Integrated Visual Augmentation System—based on the HoloLens 2 AR headset but engineered specifically for the US Army—will provide thermal vision, digital overlays highlighting people and objects, mission navigation with waypoints, weapons targeting, and more. The encrypted information appears within the soldier’s field of view, providing greater situational awareness and reducing the likelihood of civilian casualties. Field tests began this year, and combat-ready versions could see deployment by the end of 2021. 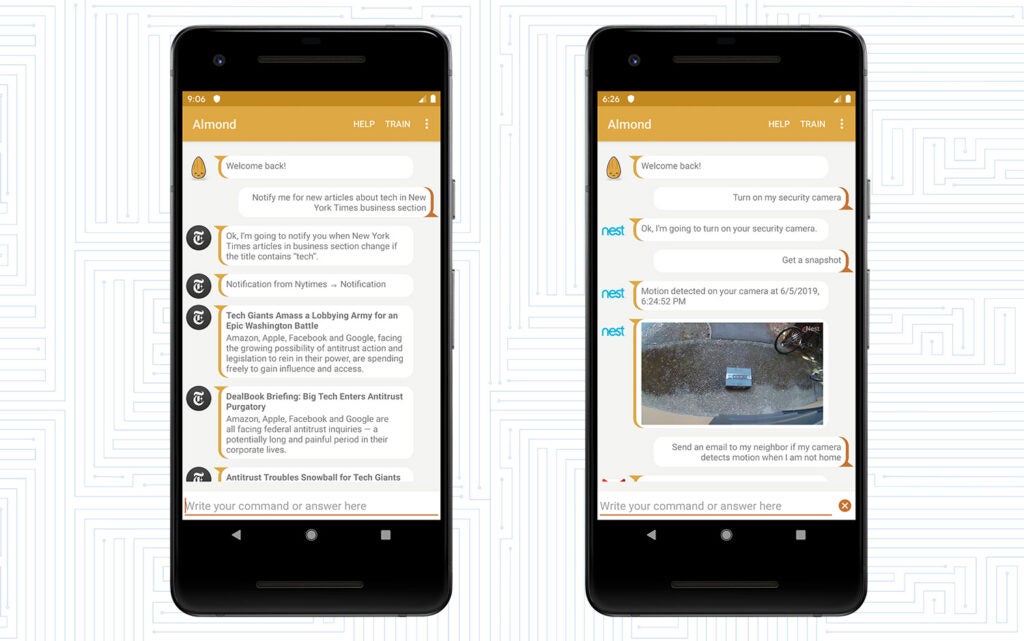 A personal assistant with some discretion

Digital assistants are helpful, but given Big Tech’s spotty history with privacy, sharing your contacts, appointments, search requests, and other personal deets seems unwise. Rather than saving your info in the cloud—even if it has been anonymized—like other platforms, the Almond Android (sorry, no iOS yet), web, and desktop Linux interface keeps your musings safe on your device. Its servers only interpret queries and send commands (“mute my ringer during meetings”) to your gadget, which processes them through your apps. A crowdsourced repository of commands and features means new tricks pop up all the time. 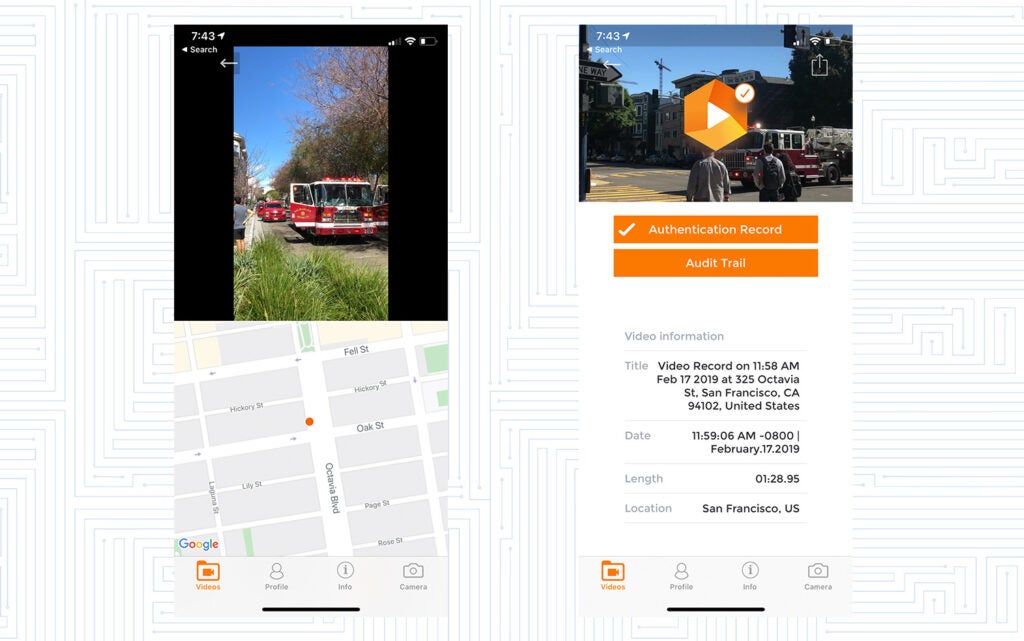 Detect and Authenticate by Amber

Deepfake technology uses artificial intelligence to create doctored videos so realistic, you might actually believe the clips where Nancy Pelosi is “drunk,” making it a powerful tool for sowing disinformation. Silicon Valley startup Amber has developed two software tools to identify sophisticated shams. Detect is a video-analyzing tool that spots blurs, pixel discoloration, and other clues that suggests fakery in any video from any source. And the Authenticate free video-recording app and camera software embeds a digital “fingerprint” in footage, so it’s easier to spot doctored content through forensic analysis. 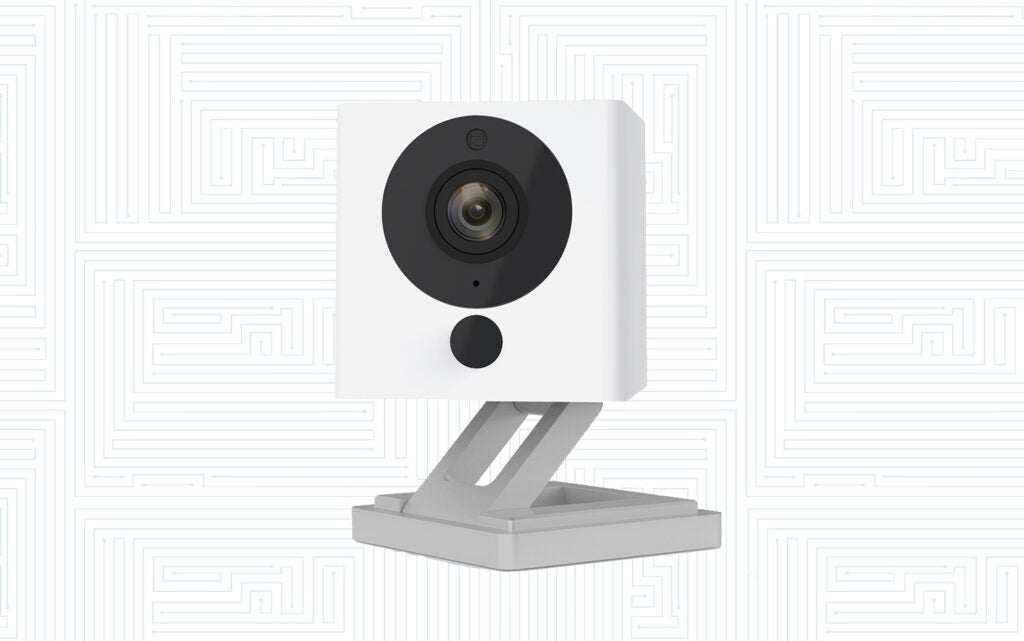 The Wyze Cam V2 offers the standard menu of home-security-camera features: high-def video, night vision, two-way audio, and continuous recording onto an SD card. But its $20 price is the fast-casual to the five-star dining of its three-figure competitors. The company’s trick: paper-thin costs and profit margins. The latest update makes the tag even nuttier: Wyze added an artificial intelligence that can differentiate between, say, falling leaves or buzzing bees and people, which minimizes false alarms.