These automated drones know when the supermarket is out of beer 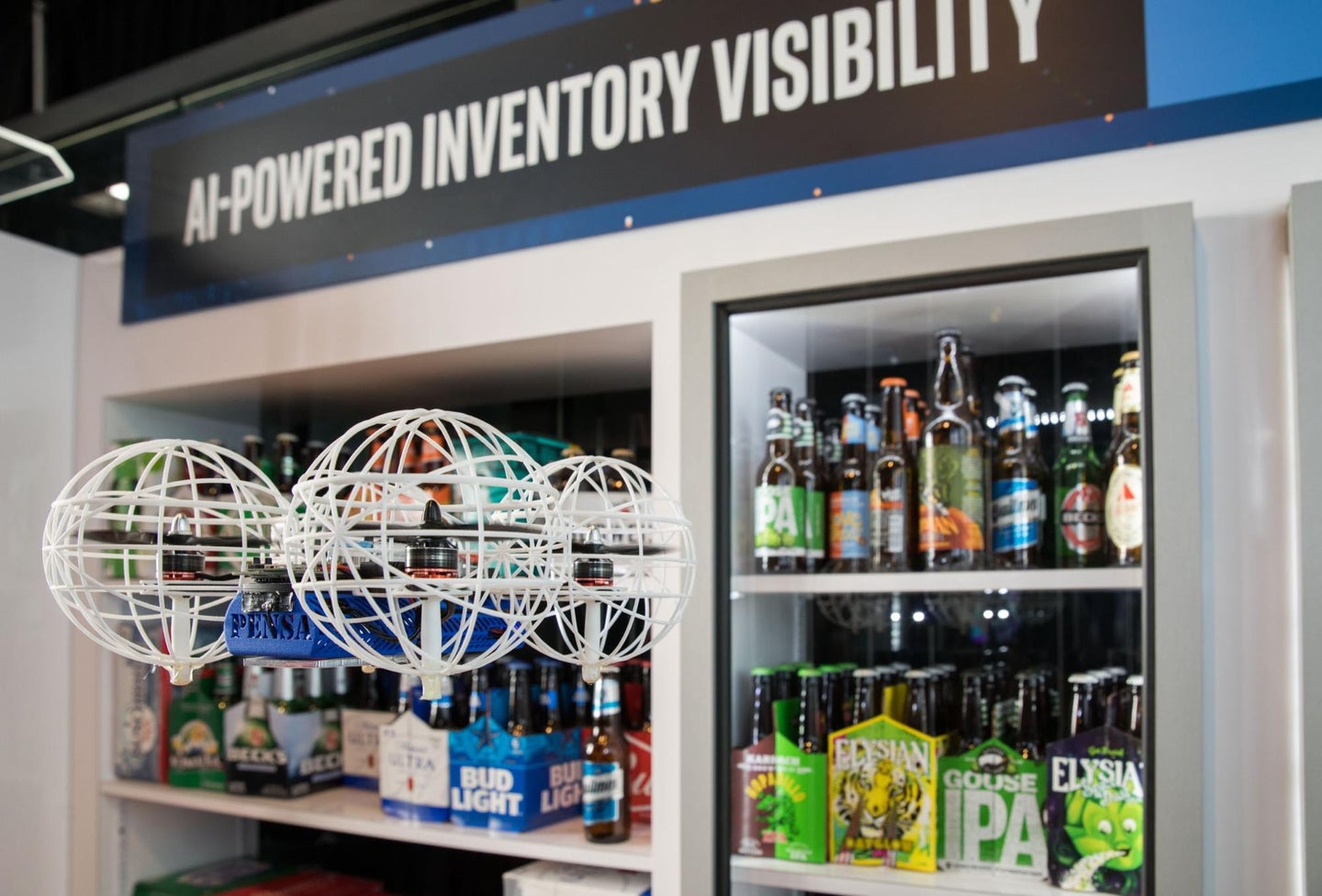 This quadcopter will notice when beer is out of stock or stocked incorrectly. Pensa Systems
SHARE

As anyone who has worked in retail can tell you, keeping the shelves stocked is a never-ending task. Customers come in, rummage around, sometimes buy some stuff, maybe put other stuff back in the wrong place, and leave, with the retail staff left to clean up the mess. Repeat, every day, forever.

For retailers and brands from Coca-Cola to Anheuser-Busch, incorrectly-stocked shelves, whether because stuff is selling or because it’s been put in the wrong place, is more than an annoyance: it’s potential for millions in lost sales.

But a new startup thinks drones can solve this problem, giving close-to-real-time updates on in-store inventory to both retailers and brands. It’s a lightweight alternative to the armies of cameras that track a customer’s every move in Amazon Go convenience stores.

The Pensa Systems drone can fly around a store and examine items on both normal shelves and coolers, comparing what’s actually in the store to planograms — a retailer’s map of what things should look like.

Pensa worked with Anheuser-Busch InBev on a pilot program that focused on easy setup and integration with existing retail locations, minimizing the work required to begin getting data. At a store in Montreal, Pensa was able to collect hourly and daily data on out-of-stocks and share-of-shelf within the beer section, recording a 98-percent success rate on out-of-stock detection over 200 test flights.

Andrew Green, Global Director of Innovation at AB InBev — the world’s largest brewer — said in a press release that the company was “enthusiastic” about Pensa’s approach and that the company plans to continue testing it. With manpower-intensive manual stock-level checks running hours behind the drone-powered alternative, retailers could find appeal in the aeronautical solution.

Of course, walking into a store and having a drone flying around you might be unnerving for customers, especially since a whizzing robot has the potential to be far more noticeably intrusive than an eye-in-the-sky camera silently watching your every move.

But, if it means there’s a better chance of having your favorite beer chilled and ready for you in the cooler, it’s probably a trade-off buyers will happily make.