The Pentagon wants a bazooka that can take down drones

The Department of Defense is planning to test out soldier-carried anti-drone weapons in September. 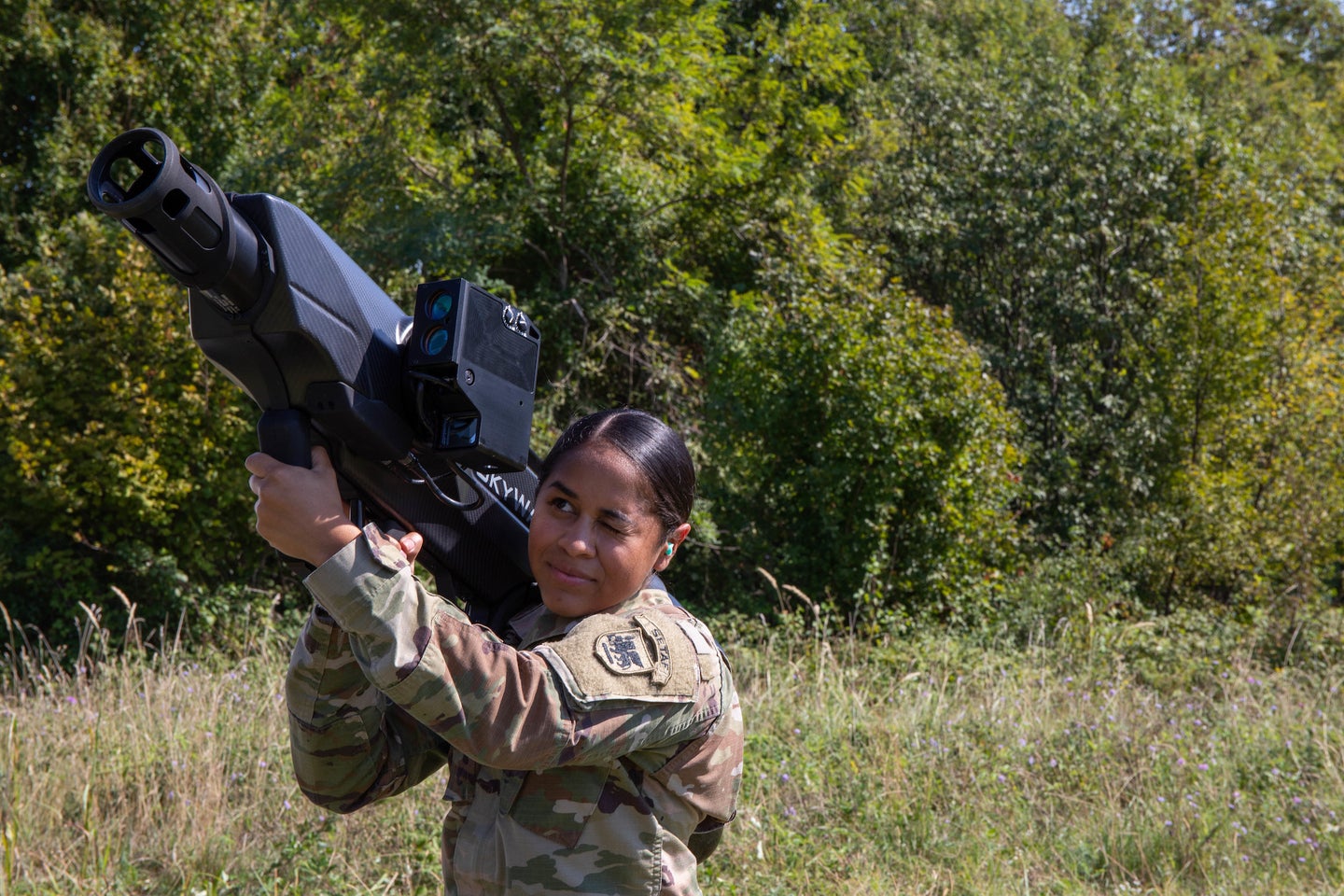 There is no standard anti-drone bazooka, but the Pentagon wants one. The ability to stop a drone with a soldier-carried device, the way bazookas and later rocket-propelled grenades let soldiers effectively fight tanks, is essential for any future battlefield. The Department of Defense is looking for a new anti-drone weapon, at just 100 times the cost of some of the drones it is likely to shoot down.

In September, the Army plans to test several of these technologies at Yuma Proving Ground in Arizona. How, exactly, the counter-drone systems will stop the UAVs remains to be determined.

In plain language, this means that every branch of the military is interested in finding a way to stop small drones, and they are working together to do it.

A presentation shared with the contract announcement gives three examples of ideal targets for the counter-drone weapon. First of these is the DJI Phantom 3, a popular model of hobbyist quadcopter released in 2015. These drones cost around $500, and Phantom variants have been used for everything from scouting battlefield positions to dropping small grenades in battle.

The second model, labeled as a typical target for these counter-drone tools, is the DJI S1000. Also built by Chinese commercial drone giant DJI, the S1000 octocopter is a higher-end professional and industrial tool, often used for photography. Like other drones of its size and class, it could be outfitted to carry a small explosive payload, and at just over $1,000, is often cheap enough to be used as an expendable weapon.

On the upper end, at the exact middle of the spectrum between “non-state actors” and “state actor threats,” is the Forpost drone. This fixed-wing craft, about the size of a small car, is licensed from the Searcher drone built by Israel’s IAI. The Forpost’s payload capacity is a modest 150 pounds, but it can fly for up to 18 hours and at an altitude of up to 20,000 feet. Unlike the other drones in this category, the Forpost can cost several million apiece, though exact figures are hard to come by as contracts include batch orders with maintenance and support included.

[Related: Watch this French laser zap drones out of the sky]

Cost is at the forefront of the Pentagon’s requirements, because any counter-drone system has to at least be affordable enough that people are willing to use it. To that end, a handheld system must cost no more than $37,000 per unit, while a ground-based system is priced at $15,000 or less per drone disabled. That’s not exactly an apples-to-apples comparison; the former refers to the entire launcher and ammunition, while the latter could just be a price per missile. Yet it shows the kind of calculus at play. Shooting million-dollar missiles at hobbyist quadcopters may technically be effective, but it is also a form of setting money on fire.

As for how the desired weapons will work, the military isn’t endorsing explosives, but it isn’t ruling them out, either. For the ground-based system, the contract specifies that the contract “does not include ground emitted Cyber or Electric Attack through radio frequency waves.” That means no hacking, no jammers, and no typical electro-magnetic interference.

A Q and A about the contract says “Ground-based aerial denial defeat projectiles are permitted, but with limitations taken on a case-by-case basis through the safety approval process,” which means it could be a weapon that shoots drones, if the developers get approval.

To ensure that drone destruction doesn’t risk additional harm to the person firing at it, the contract specifies that a stand-off distance of 500 meters, or roughly 1,640 feet, is required. If the weapon cannot destroy a drone while it’s at least that far away from a person, the Pentagon isn’t interested in it unless there’s appropriate safety measures.

While the first demonstration will take place in September, the military expects to continuously evaluate counter-drone weapons every six months. As drones evolve, the Pentagon is finally working through the vast array of counter-drone tools on hand. With any luck, it will eventually settle upon a useful, durable form, an iconic weapon that will signal “this machine stops quadcopters’’ for generations to come.