This people-moving drone has completed more than 1,000 test flights

The flying taxi could soon be spotted in Dubai and Las Vegas. 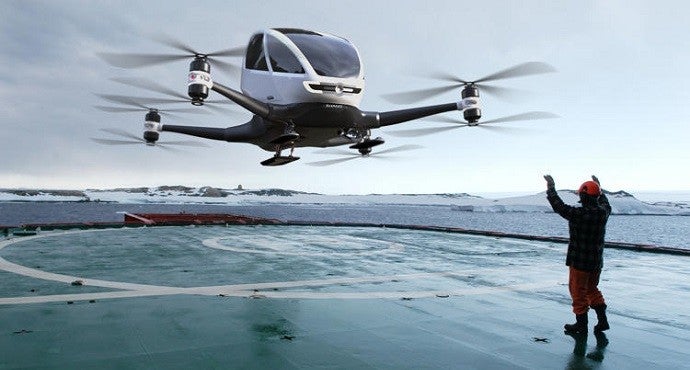 The Ehang 184's automated flight software and sensors are sophisticated enough to operate in a wide range of inclement conditions. Ehang
SHARE 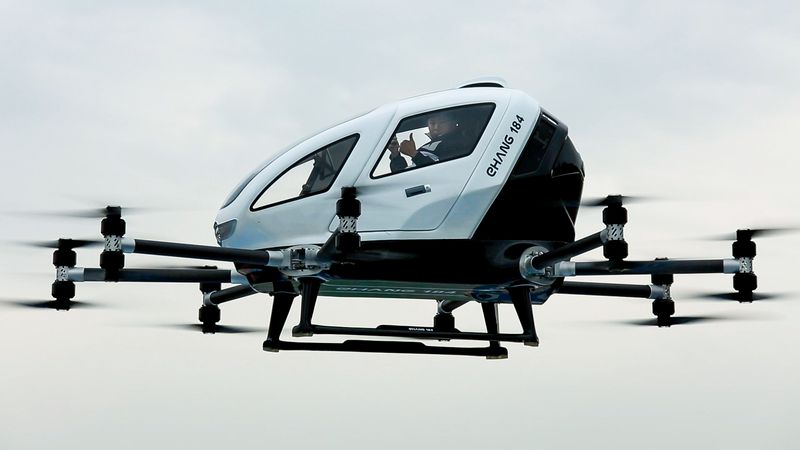 No hands (or pilot training) needed

The Ehang 184, a one-person automated helicopter, has made multiple flights with passengers onboard.

Most drones are small, and carry nothing except cameras. But Ehang Corp, a major Chinese drone maker, has been busy testing its Ehang 184 flying taxis, a drone designed to transport people. It’s now completed more 1,000 test flights with and without passengers, as CNN reports.

A passenger drone for all occasions

The Ehang 184’s automated flight software and sensors are sophisticated enough to operate in a wide range of inclement conditions.

Ehang burst onto the international scene at CES in Las Vegas in 2016, promising a dream of personal robotic transportation by drone. Now it looks like it’s made good on its promise, with more tests to follow in Dubai and Las Vegas. Importantly, the 1,000-plus flights have involved a broad range of conditions, including traveling in inclement conditions.

With eight electrically-powered rotors, the Ehang 184 can fly for 10 miles at speeds of up to 80 mph or more—a handy way to hypothetically beat the traffic to airports in places like New York, Las Vegas, and Shanghai. One hang-up: it’s meant for just one passenger, though it’s been stress-tested with a payload of 500 pounds. Another hang-up: it can only carry people and cargo for 23 minutes.

The key to the Ehang 184’s operations is its automated flight system; its flight computer pulls data from onboard sensors and uses satellite navigation to chart the safest path. If damaged, it’s designed to make a controlled descent to safe ground. 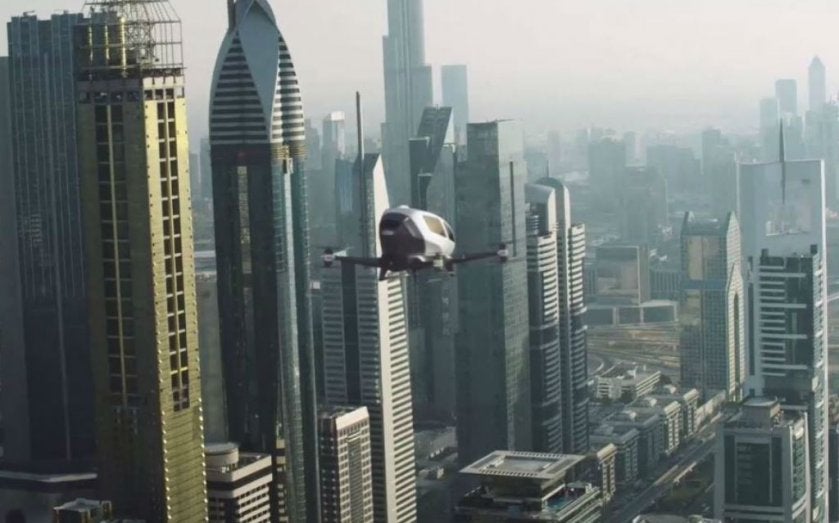 The Ehang 184 is one of several serious passenger drone companies looking to take to the skies—Airbus is another contender. While automated passenger drones would make urban commuting easier (at least initially for anyone who can afford to ride—travel like this tends to be pricey), the flight performance and AI behind them could revolutionize retail logistics. Chinese retailer JD, for instance, is experimenting with payload delivery drones that can lift up to one ton. And drones like this also have military potential for uses in situations like carrying supplies, evacuating personnel, and transporting special forces.

Ehang’s CEO, Hu Huazhi, says these passenger drones will first focus on carrying wealthy customers to establish a customer base (making it much like Elon Musk’s strategy for Tesla). Then, ideally, economies of scale would democratize passenger drones, so everyone else can take to the sky. That, at least, is the futuristic vision.