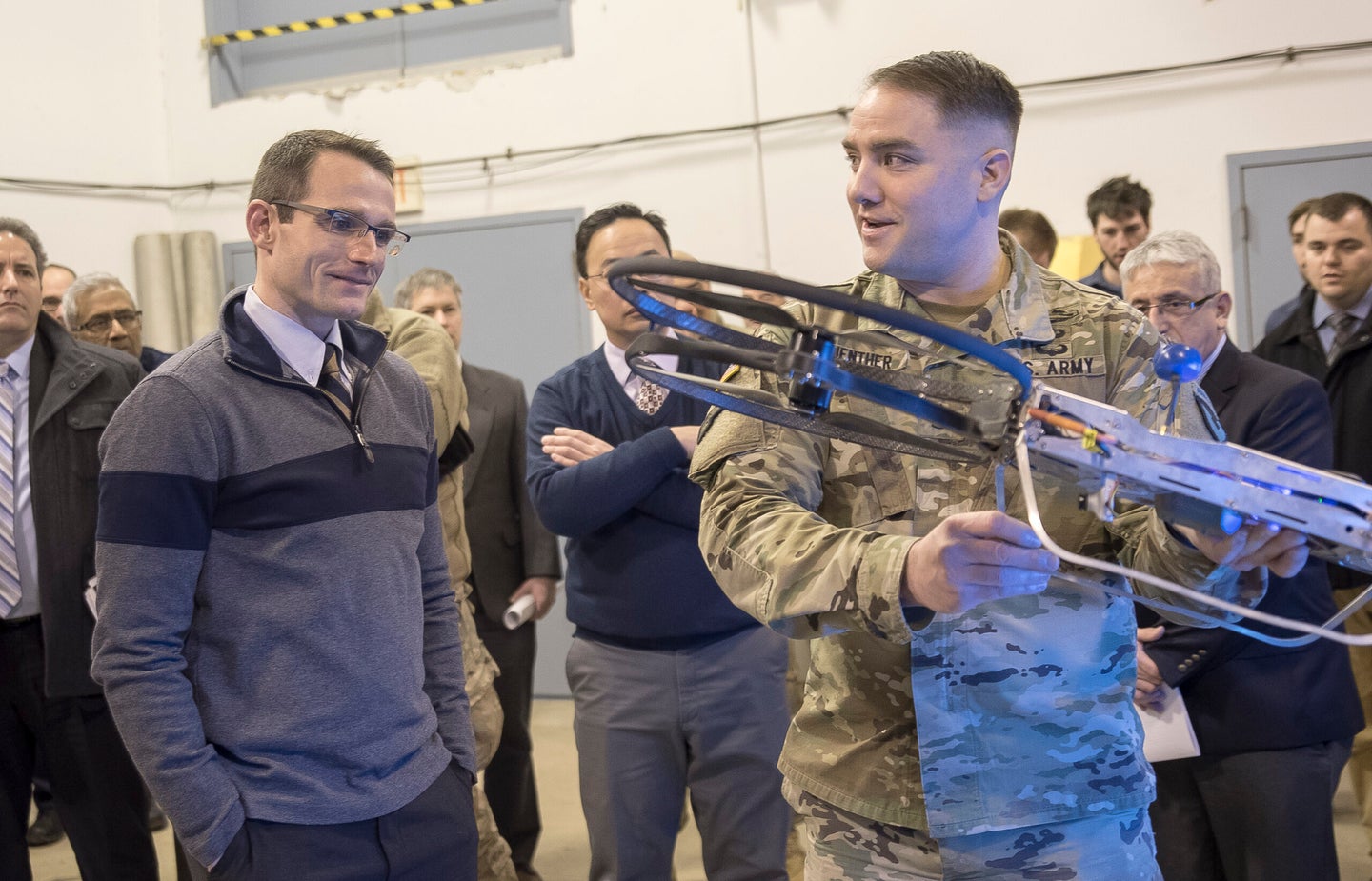 This is a miniature version of the rectangular quadcopter drone also known as the hover bike. Jhi Scott, Army Research Laboratory
SHARE

The army has yet to deploy a hoverbike, but it isn’t for a lack of trying. The devices, probably best popularized in Star Wars chase scenes, offer a science fictional promise: fast travel for human riders close to the ground, going in the narrow places helicopters can’t and over terrain too rough for cars. The Army’s dream of a mechanical pegasus to replace cavalry scouts isn’t exactly new: it tested models as early as the 1950s. On Jan. 10, the Army demonstrated its latest attempt at a hoverbike, or as the Army Research Laboratory described it, “a unique, rectangular-shaped quadcopter.”

The hoverbike was first built by Malloy Aeronautics, and originally carried a tiny, robotic passenger back in 2014. In 2015, Malloy partnered with an American company on a version known as the “tactical reconnaissance vehicle,” or TRV, an acronym so sterile that it seemed tailor-made for the Pentagon. In 2016, the Army Research Lab showed off progress on the device, whose name was sterilized even further into the Joint Tactical Aerial Resupply Vehicle.

The changing of names reflect a change in focus for the program: while it’s easy to dream of camouflaged scouts hovering around the battlefield, that’s a hard task, requiring that the device safely transport humans. For now, the hoverbike will be a useful, odd-shaped drone, instead of a fancy steed.

“Anywhere on the battlefield, soldiers can potentially get resupplied in less than 30 minutes,” said Tim Vong of the Army Research Laboratory. So less science fiction cavalry, more science fiction pack mule, possibly delivering 800 pounds of ammunition, food, medical supplies, or whatever else is needed at a range of up to 125 miles. And it will do so fast: flying at speed of up to 60 mph and at altitudes between just above the ground and a few thousand feet.

Logistics, while not terribly fancy, is probably a better fit for the hoverbike. Still, it’s not without some unique vulnerabilities.

Watch the hoverbike test below: