The Moment Air collection also includes filters and a slim case that works with DJI's controllers. 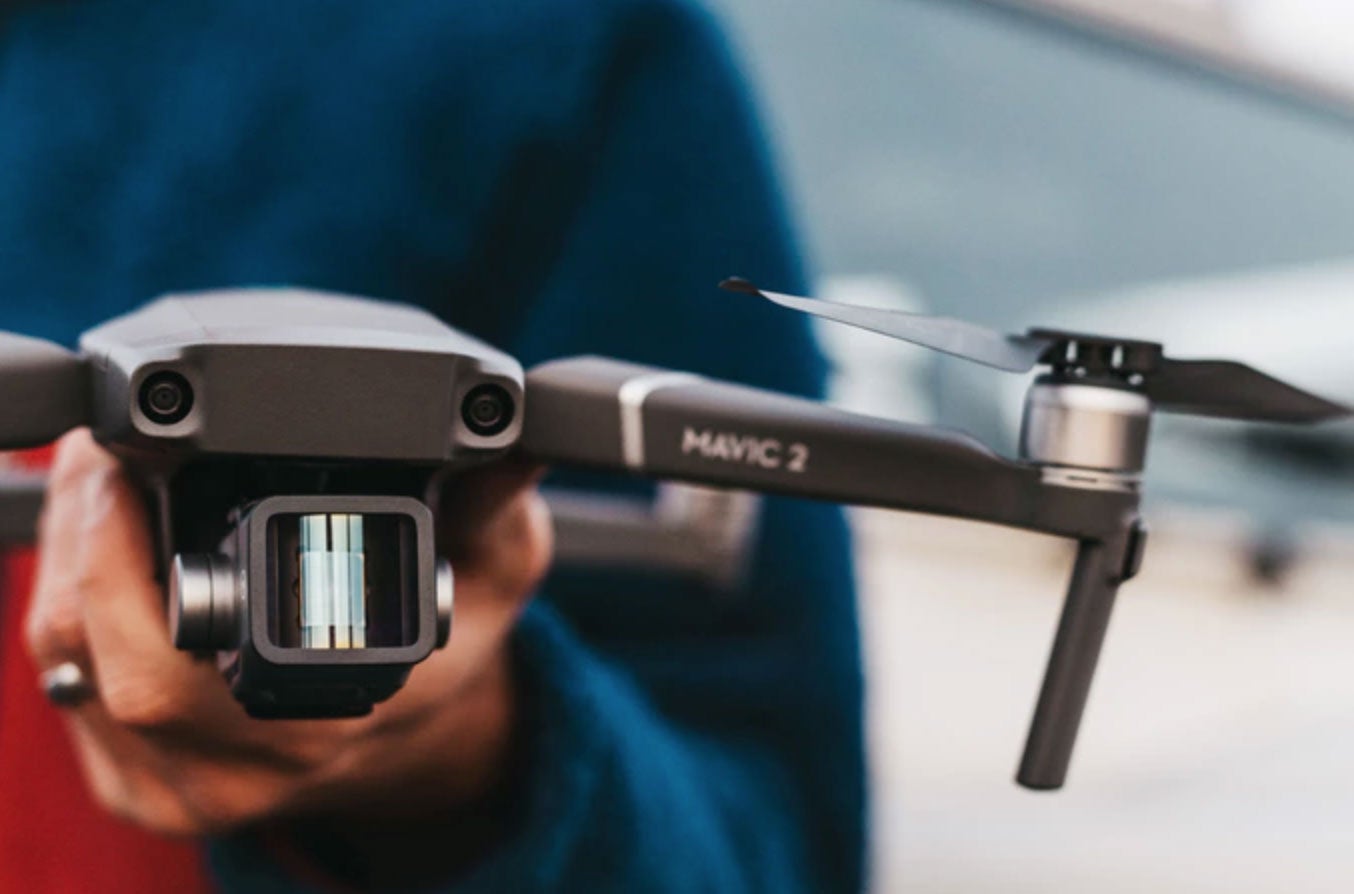 Modern video editing tools make it easy to rely on post-processing for a variety of effects, but there are some jobs that still require a hardware solution. We typically know Moment for its high-end smartphone accessory lenses, but now the company has launched a Kickstarter campaign to fund the Moment Air line of accessory lenses and filters meant to fit over the camera on DJI Mavic 2 drones.

There are three new models in the line, each of which provides an effect you can’t really fake in editing.

This first is a circular polarizing filter, which affects the way the camera sees reflected light. So, if you want to shoot down on some water and see through the reflections on the surface or see through windows into a car, this filter can help.

The second, a neutral-density filter, doesn’t affect the look of the scene, but simply restricts the amount of light that makes its way to the sensor. This kind of filter is very common in filmmaking because it gives a shooter more control over shutter speed. Too much light requires a shorter shutter speed so the image doesn’t blow out, which translates into choppy video. This ND filter fixes that problem.

The most interesting of the new options, however, is the anamorphic lens. Like the other two, it clips onto the camera on the DJI Mavic 2 Pro or Zoom drones. The anamorphic lens then essentially squishes the footage horizontally to capture a wider scene on the same size image sensor. The downside: you have to use software to correct the perspective later. As a trade off, however, you get wider footage with the streaky lens flare that’s common in big-budget Hollywood movies.

While adapting lenses to smartphone cameras is a relatively straightforward process, adding weight to a sensitive drone is tricky, since they fly and must stay balanced, of course. To make the lenses flight-ready, Moment switched from a metal body (which they use on their smartphone lenses) to a mix of composite and metal construction on the drone models. The weight reduction helps prevent the gimbal—the electronic stabilization system—from getting out of whack while you’re shooting. Each Moment drone lens also has a counterbalance that goes on the back of the camera module to keep the added weight in the front from putting undue stress on the delicate stabilization system.

Filters for drone cameras have existed in the past from companies like Polar, but the anamorphic lens is a very interesting development. Picking the Mavic 2 Zoom over the Mavic 2 Pro means settling for a smaller imaging sensor, which can affect image quality. Quality glass solutions for changing the field of view could achieve a similar effect with fewer tradeoffs.

In addition to the lenses and filters, Moment has also introduced a new smartphone case that’s just 0.03-inches thick so it can fit in the DJI controller, which typically doesn’t have enough wiggle room to accept most cases.

The Anamorphic lens is $199 with a Kickstarter pledge, but will go up to the full $299 retail price after that. The filter kit costs $99 during the Kickstarter campaign and goes up to $120 after. If $300 or even $200 sounds like a lot for an accessory like this, consider that the Mavic 2 is a high-end enthusiast drone that professionals commonly use for filmmaking. Cinema lenses like the ones used in movies and TV can go into six-figure territory so getting this unique look for a couple hundred bucks is a solid deal.