What do you call a tiny tarantula killer? Jeff Daniels.

The actor says the new species designation "made him smile." 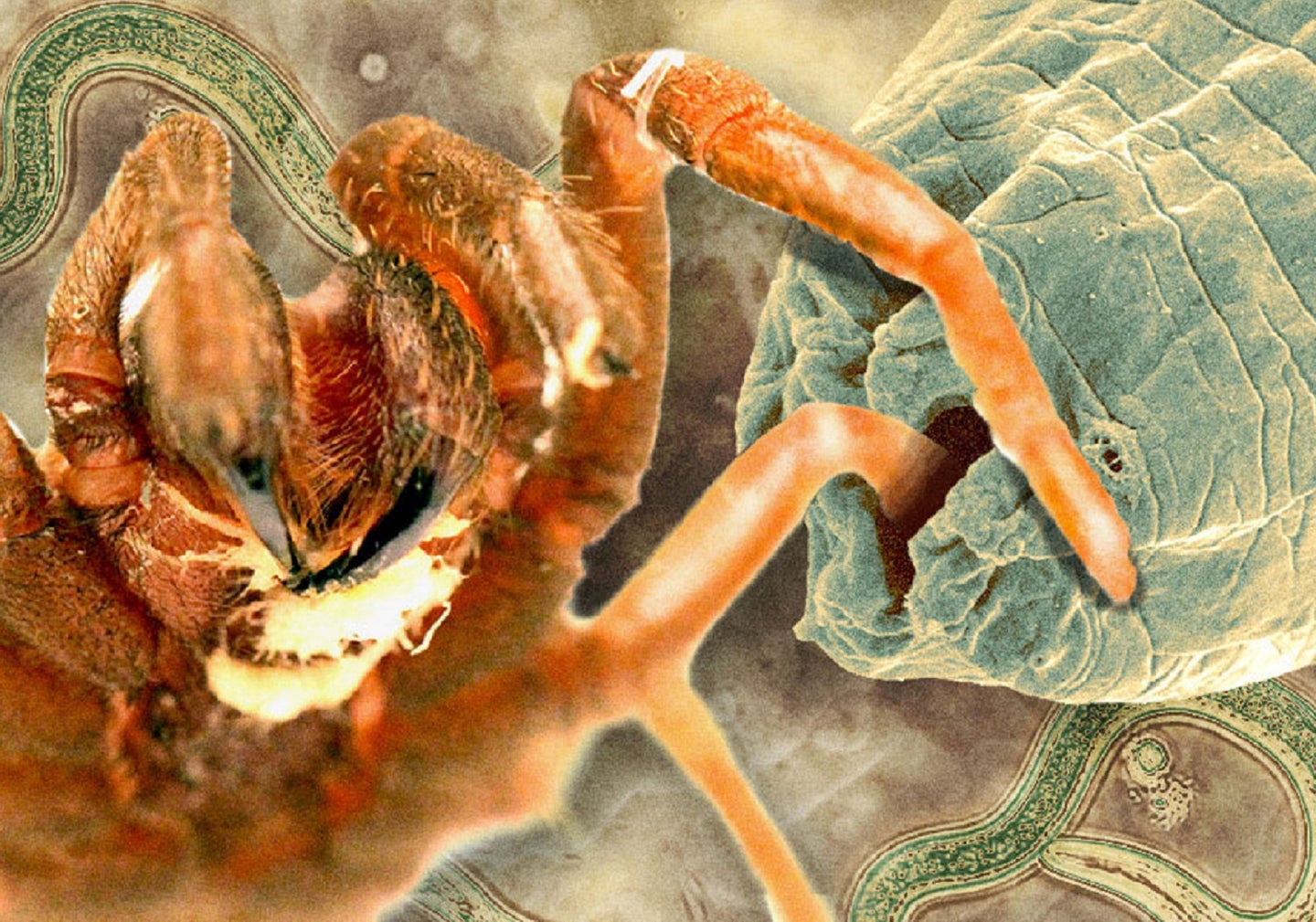 A not-true-to-size dramatization of an infected Grammostola pulchra tarantula being attacked by a Tarantobelus jeffdanielsi nematode worm. Evan Fields/UCR
SHARE

Like many wormy discoveries, this one started with murder.

In 2019, a parasitology lab at the University of California, Riverside, was tipped off by a breeder whose tarantulas were ravaged by a mysterious infection. Side effects included “lethargy, anorexia, and tip-toe behavior,” along with “a white discharge in the oral cavities,” according to the researchers’ recap of the incident. They had the breeder send them a few dead specimens and dug in.

[Related: These worms produce milk, but only when they kick the bucket]

Necropsies revealed that the hairy victims were infected with nematode worms. This massive group of tube-like creatures is known for mooching off plants, insects, and humans—but not so much tarantulas. The investigators shook off the micrometer-sized attackers, reared them, and sequenced their DNA for a solid identification.

Turns out, the spider-killing worms belonged to a species completely unknown to science. The UC Riverside researchers named it Tarantobelus jeffdanielsi in appreciation of Jeff Daniels, the lead actor in the 1990 sci-fi thriller Arachnophobia. Their summary of the species was published in The Journal of Parasitology this month.

In a statement to the university about the designation, Daniels said: “Honestly, I was honored by their homage to me and Arachnophobia. Made me smile. And of course, in Hollywood, you haven’t really made it until you’ve been recognized by those in the field of parasitology.”

As for the tarantulas, their deaths were hardly in vain. The researchers pieced together a thorough life history of the new nematodes, from how they invade their hosts’ bodies to how they reproduce. Tarantobelus jeffdanielsi seems to produce its own eggs and sperm, making it a “self-fertilizing hermaphrodite.” This gives it the ability to hatch dozens of offspring over a relatively short lifetime (an average of 160 larvae in 11 days).

“Any animal you know of on planet Earth, there’s a nematode that can infect it,” UC Riverside parasitologist Alder Dillman said in a press release. In experiments, his lab found that Tarantobelus jeffdanielsi is lethal to young wax moths and house crickets too. It’s still unclear what the worm’s motive is: It might weaken larger organisms by feeding on them directly, or by passing on harmful strains of bacteria.

The investigators were also unsure of how the nematodes infiltrated the breeding facility. They thought it might have been through the soil in the tarantulas’ enclosures, but couldn’t confirm their hunch without material evidence. For now, they’ll keep their eyes on the suspects and the tip lines open for any more spider homicides.