You’re Just Not That Into Self-Parking Vehicles, Are You? 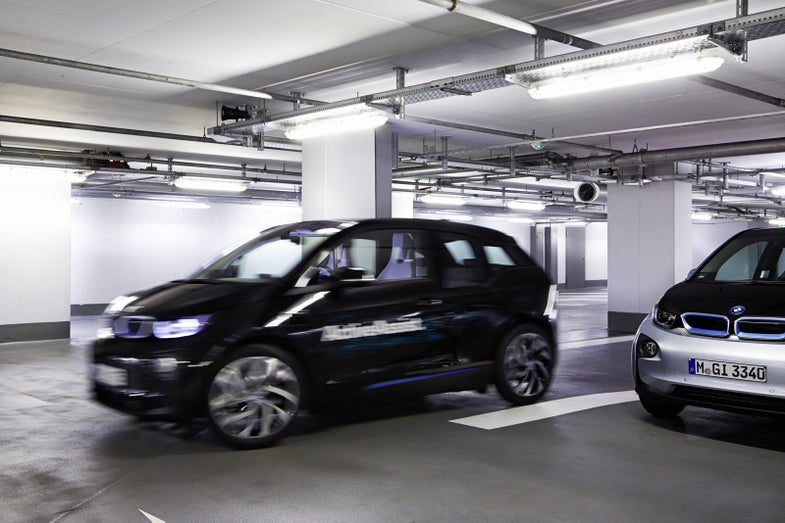 Over the summer, the University of Michigan Transportation Research Institute surveyed more than 500 drivers to gauge their feelings about autonomous cars. The results? Only about 16 percent of respondents wanted a fully self-driving vehicle. By contrast, nearly 44 percent said they didn’t want their cars to do any driving at all.

A recent study from AAA has uncovered similar findings — though in this case, respondents were asked about something much more innocuous and, occasionally, frustrating: parking.

In theory, drivers should feel comfortable with autonomous parking. With few exceptions, parking is a low-speed activity, which reduces the risk of damage to the vehicle that’s parking and the cars around it. Also, parking takes place in a relatively static environment. Sure, there may be other vehicles cruising around the parking lot or rolling by as you try to parallel, but compared to zooming down the interstate in heavy traffic, it’s practically a walk in the park.

And it’s not as if this is anything new: the first self-parking cars hit the streets way back in 2003.

All of which is to say, parking presents a great opportunity for drivers to let computers take over, right?

Of those that AAA polled, a whopping 80 percent said that they were masters of the parallel park. Only about 25 percent of respondents said that they’d trust an autonomous parking system.

Which is just crazy talk, because as we’ve discussed about a thousand times before, humans can’t drive better than computers. Remember, of the 11 accidents that Google has reported since beginning tests on autonomous cars in 2009, all were the fault of humans.

To prove that point, AAA partnered with the Automobile Club of Southern California’s Automotive Research Center to test self-parking systems on five vehicles. a 2015 BMW i3, a 2015 Cadillac CTS-V Sport, a 2015 Jeep Cherokee Limited, a 2015 Lincoln MKC, and a 2015 Mercedes-Benz ML400 4Matic.

The numbers were telling. According to AAA:

The one shortcoming? Sometimes the autonomous systems parked so well, they managed to get vehicles within half an inch of the curb — significantly closer than the six-to-eight inches that AAA recommends. Being that close to the curb can sometimes damage wheels and, depending on your car’s suspension and your passenger’s weight, scuff passenger doors. Hopefully, that’s a flaw that can be fixed via a software update. (If only humans worked that way.)

Still not convinced? Check out the video above to see how simple self-parking can be. And for those on the other side of the fence, you can take some solace in the fact that at least one group of analysts believes that autonomous cars will begin to earn mainstream acceptance in about five years.