From autonomous taxis to driver-assistance features like Tesla's Autopilot, the spectrum of car technology terms can be confusing. Here's a simple guide. 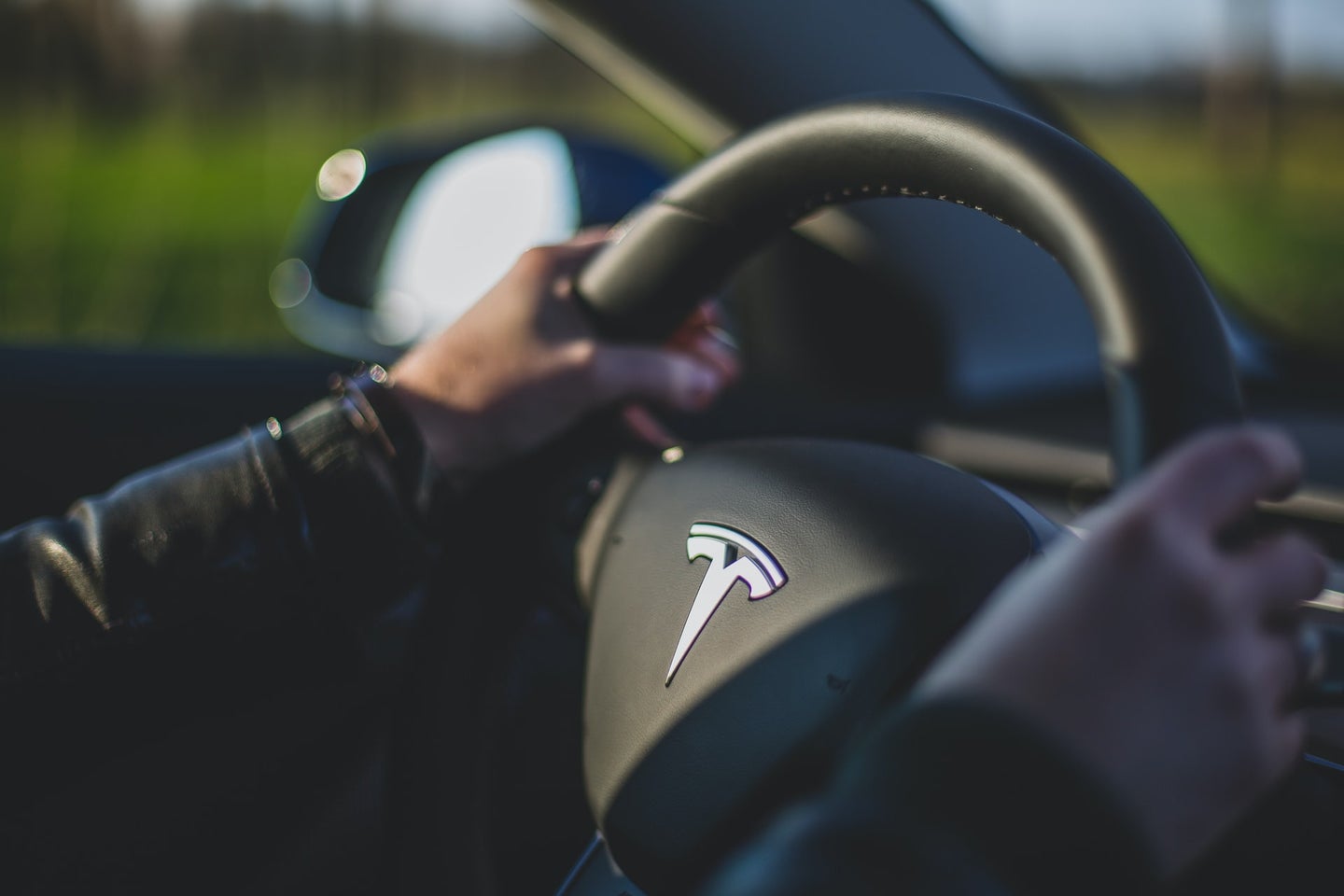 Remember: You're driving, not the car. Keep your eyes on the road. Photo by Bram Van Oost on Unsplash
SHARE

Terrified by videos of Tesla owners doing irresponsible things with their Autopilot systems, or others overriding potentially catastrophic decisions by their vehicle’s beta-level Full Self Driving software?

These systems, and their limitations, contribute to confusion over the terminology employed to describe driver-assistance systems and the functions they perform. Fortunately, the Society of Automotive Engineers (the same SAE that also defines the weight of motor oil used in cars) has created specific definitions describing advanced driver assistance system (ADAS) functions by naming them Level 0 through Level 5 (under its J3016 standard).

Understanding these different levels is clouded by driver expectations of this scale, and drivers might wonder if there are increments along the way. After all, some carmakers describe Level x.5 or Level x-plus functions—but the SAE J3016 specifications do not provide for these incremental increases. A vehicle’s ADAS system provides a defined level of assistance, or it does not. SAE has trademarked its levels, which might help rein in abuse of the terms.

But even if so, consumers could still misunderstand the assistance provided by the various levels just because the numerical system is inherently hierarchical even though the levels themselves might not be, depending on the execution. For example, a local taxi that features Level 4 automation is not lower in capability than some eventual Level 5 fully autonomous car. The taxi might be a top-notch execution of Level 4 capabilities. Is a self-driving car with Level 5 technology that is poorly executed and prone to mistakes better?

“This has the implication that the higher the level, then the better, or more advanced the automated system is,” said Mahmood Hikmet, PhD, head of research and development at New Zealand automated shuttle company Ohmio in a YouTube video series on autonomous technology.

“But that’s not true. The only thing SAE J3016 levels tell you about a system is about the responsibilities of the human or the automated system while executing the driving task,” he continued. “That’s it. Nothing about the operational design domain, capabilities of the system, or how advanced the systems are. Just what the human and the automated system are respectively responsible for doing during operation.”

How the list breaks down on a high level

As driver-support features, Levels 0-2 mean that the driver is always responsible for piloting the car, even in those circumstances when the system might operate the steering, brakes, and accelerator. The driver must constantly monitor these features and steer, brake, and accelerate as needed for safe operation of the vehicle.

For Levels 3-5, the person sitting in the driver’s seat is not driving the car—the automated system is, if it is engaged. But this can be tricky. Phillip Koopman, an electrical engineering professor at Carnegie Mellon University, points out on his autonomous vehicle blog that a vehicle’s Level 3 system may not notify the driver when human intervention is needed, as we’ve already seen from videos of people wrenching steering control from Tesla’s ostensibly Level-2 Full Self Driving beta system when it attempts to steer the car into danger.

This is why, Koopman adds, that the driver in vehicles with Level 3 systems activated cannot perform non-driving activities, such as napping or watching a video. “J3016 does not say that Level 3 means ‘eyes off road’ anywhere,” he emphasizes.

Level 0 features provide warning and momentary assistance. They include automatic emergency braking, blind spot warning, and lane departure warning. Virtually every car in showrooms today offers these features, at least as options. Even the affordable Nissan Sentra compact car has Level 0 technology as standard equipment, so it doesn’t cost a lot to get advanced driver assistance.

Level 2 features provide both steering and accelerator support. This is when both lane centering and adaptive cruise control are activated at the same time. Consider the Honda Civic as an accessible vehicle that has Level 2 features thanks to its standard adaptive cruise control and lane keeping assistance. Even more capable systems like General Motors’ Super Cruise and Ford’s BlueCruise are technically Level 2 because the companies limit their availability only to roads that they have mapped and are confident the systems can use safely.

Level 3 features can drive the vehicle under limited circumstances and will not do so unless all required conditions are met. When a Level 3 system abdicates control, the driver must take back over operation of the car (meaning that they can’t do something like space out and watch a movie). Traffic jam chauffeur systems, like the upcoming Drive Pilot system in the 2022 Mercedes-Benz EQS EV, are examples of this.

[Related: Why this Amazon-owned company is bringing its autonomous vehicles to Seattle]

Level 4 features let the car drive itself, and the vehicle occupant is not required to take over in any circumstances. Such systems would be installed in local driverless taxis and these vehicles may not even have pedals or steering wheels installed.

As Tesla progresses from its current beta release of Full Self Driving to full operation of this feature on its cars, look for important discussions of exactly what is appropriate or legal for drivers to do when the system is engaged. Tesla brands both Autopilot and Full Self Driving as SAE Level 2 systems, but those names do not tell drivers that the systems are limited to only Level 2 operation; they imply that the vehicle is fully self-driving. In other words, a person operating a Tesla with those features engaged should still have their eyes on the road all the time.

And remember, even Level 3 systems can still abdicate control to drivers. Look at what the SAE J3016 definition is for Level 3 driver assistance systems and think about whether you want to share the streets with people who are not supervising their cars while such systems are driving.