It's called the bZ4X, and it could even have a yoke-style steering wheel. 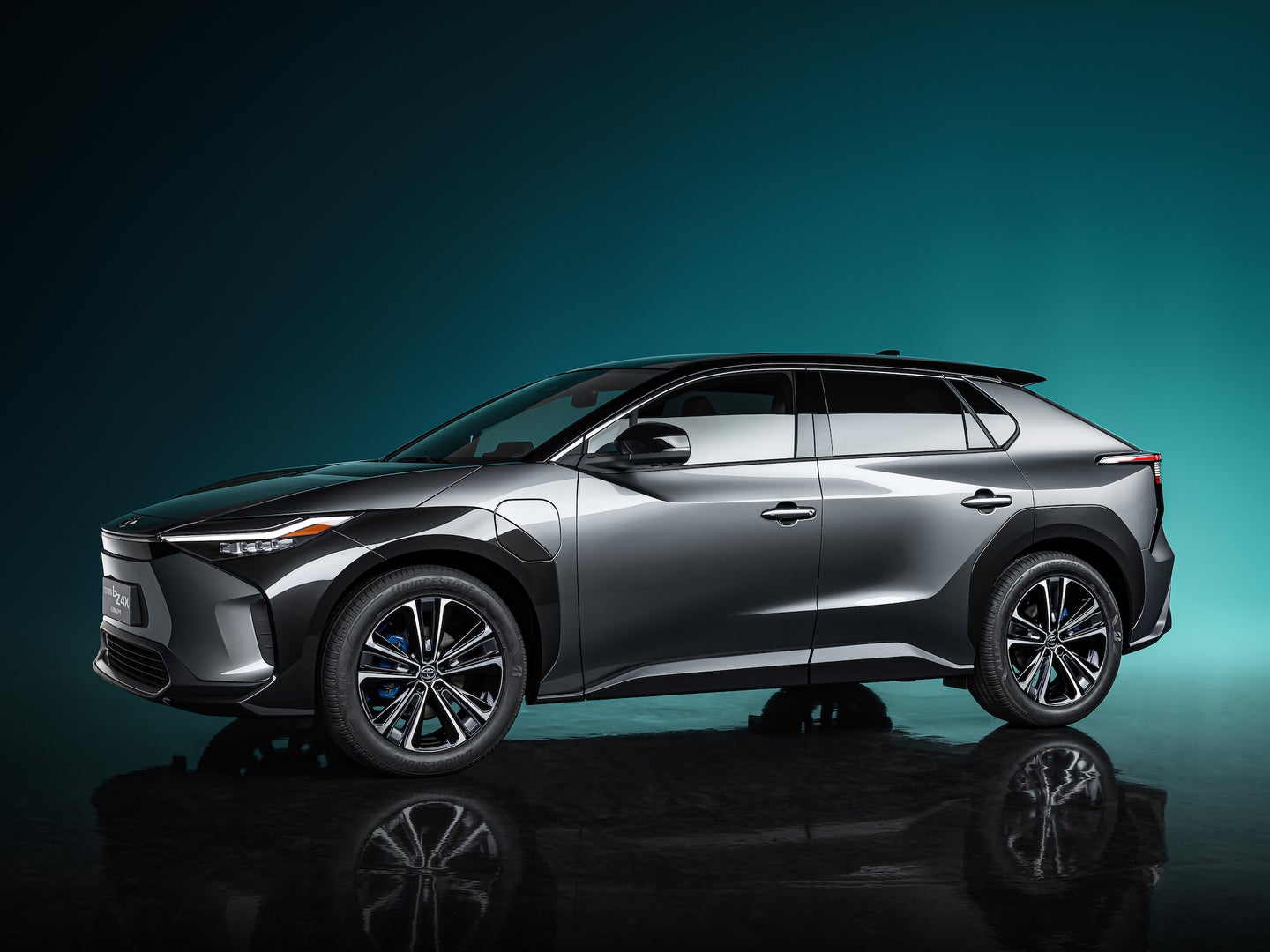 Drivers ready to dive into the world of electric cars are going to have a slew of new options in the coming years. Automakers across the US are hopping on the plug-in train and are committed to producing environmentally friendly battery-powered people-movers. This includes Toyota, which recently pledged to release seven electric vehicles under its all-new “Beyond Zero” line.

Beyond Zero, or simply “bZ” in marketing speak, has been Toyota’s commitment to go further than just producing carbon-neutral vehicles and instead try to have a net positive impact on the environment.

Toyota says that it plans to launch 40 new and updated vehicles by 2025, bringing its global portfolio of vehicles to around 70 models. Of those 70, at least 15 will be battery electric, and seven are poised to make it to a dealership in your hometown under the bZ brand umbrella.

The first entry is the Toyota bZ4X, a battery-powered SUV concept developed jointly with Subaru. The partnership allows the automaker to utilize Subaru’s expertise on all-wheel-drive systems while still building the vehicle on Toyota’s new modular underpinnings. In addition to the SUV, Toyota also has several other all-electric vehicles on the horizon, including an electrified pickup, but those remain a well-guarded secret (for now).

As for the bZ4X, it represents Toyota’s first foray into next-generation electric vehicles, marking its first attempt to re-enter the market of fully electrified cars in over seven years. And better yet, Toyota has strategically modeled the SUV in what appears to be a similar size and shape to its best-selling vehicle around the world in 2020, the RAV4. Choosing to create such a similar offering will help to transition new car buyers from a traditional gas-powered vehicle to one powered by batteries, a smart move considering that 7 out of 10 Americans are considering going electric.

Toyota’s real focus on the bZ4X has moved inside the car, focusing many of the SUV’s unique styling choices based on driver safety and vehicle usability. A good example of this is the bZ4X’s low-set instrument panels and a recessed dashboard that will allow the driver to have ample view of the road. The company is also showing off global variants with a unique yoke-style steering wheel which Toyota says helps to improve the spacious feel of the interior.

If a yoke-style wheel seems familiar, Tesla recently announced a similar steering wheel on its refreshed Model S and X vehicles, which caught the eyes of regulatory bodies like the National Highway Traffic Safety Administration. It’s not yet clear if Toyota will bring this yoke-style wheel to the US, though.

The very possibility of the yoke-style wheel is made possible thanks to a smooth steer-by-wire system that removes the mechanical link between the steering wheel and the actual movement of the car’s front wheels. Instead, the bZ4X uses actuators and digital signals to determine which way to turn the car’s wheels based on which way the driver turns the steering wheel, similar to an aircraft’s fly-by-wire system. Many modern vehicles with semi-autonomous capabilities have already equipped vehicles with the electronic components necessary for this type of steering.

Toyota has also emphasized that the bZ4X embodies one of the best features of an electric drivetrain: space. Using compact electric motors to power the car negates the need for a lengthy hood, meaning that Toyota can combine the long wheelbase of an SUV with an overhang shorter than that of a traditional passenger car. This creates an interior space equivalent to D-Segment sedans like the BMW 3-series, or Mercedes-Benz C Class, without enlarging the overall footprint of the vehicle.

[Related: Spotify made a ‘Car Thing’ to control music without touching your phone]

In addition to being highly efficient thanks to its all-electric drivetrain, the bZ4X also has some clever tricks up its sleeve to maximize the amount of electricity that the SUV can generate while disconnected from the power grid. Toyota has accomplished this by incorporating tweaks such as regenerative braking, as well as affixing solar cells to the vehicle which will allow it to sip energy from the sun.

While the current bZ4X is just a concept for now, it’s likely a very close picture to the vehicle that the world will actually receive. In fact, Toyota is readying the final details for the SUV’s launch in China and Japan in the near future, followed by a global release in mid-2022. It’s likely that a single-motor variant and Subaru-branded model based on the same underpinnings are also in development.

This gives competitors like the Ford Mach-E and Tesla Model Y a little bit of time to develop some footing in the newly-minted market space of electric crossovers before the competition really begins to heat up.