A perception system on wheels. 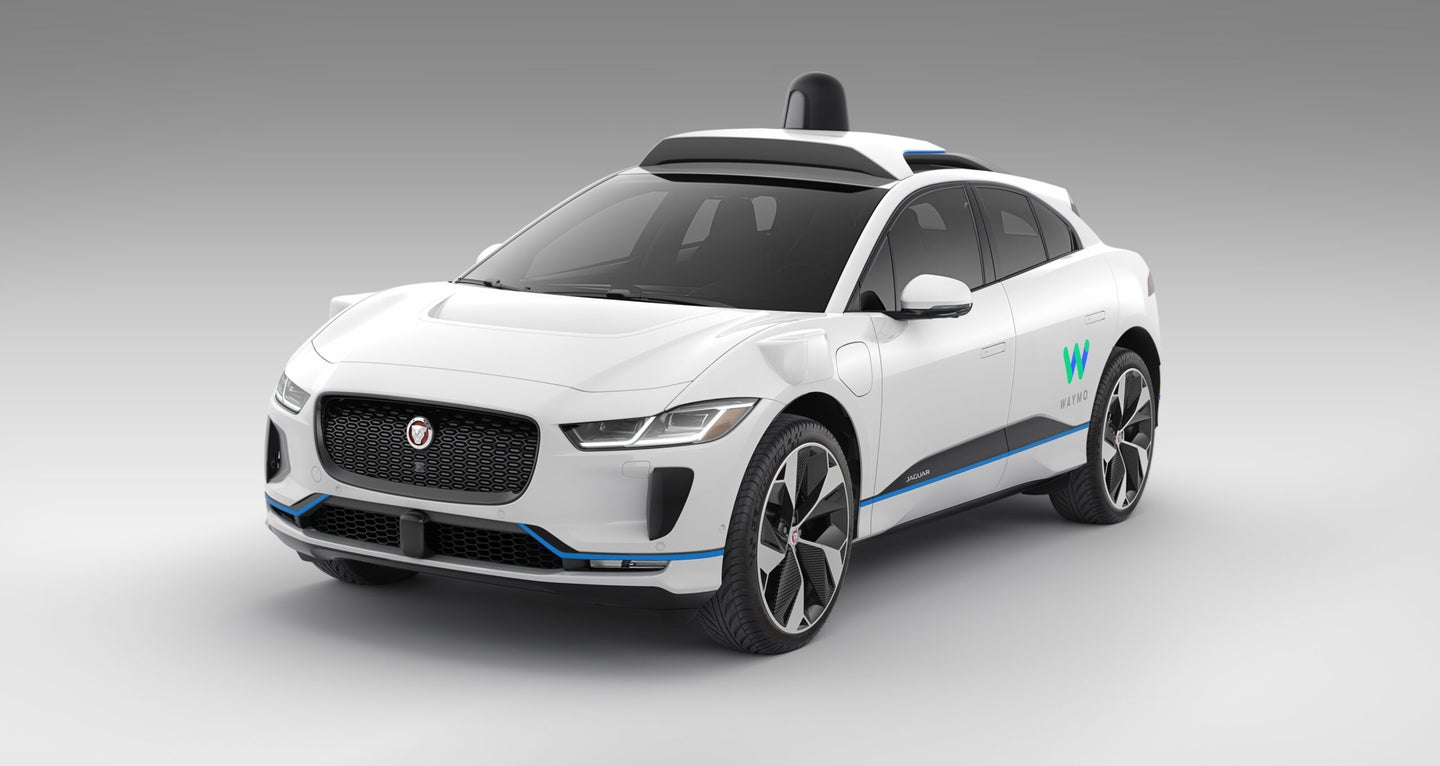 Just like cars with humans behind the wheel, self-driving vehicles need to see the world around them in careful detail. And since they don’t have eyes like a regular driver does, they use hardware-based perception systems to observe the streetscape, plus software and AI to make sense of it all.

Autonomous car company Waymo, a Google sibling and part of Alphabet, has just published a detailed explainer about the newest version of the sensors on some of its vehicles. While Waymo is known for its self-driving Chrysler Pacifica minivans, the whips with the latest gear on them are now electric Jaguar I-Paces.

The closest analog to your eyes on these self-driving cars is the more than two dozen cameras on each Jaguar. The vehicles sport 29 cameras apiece, located in the front and back, sides, and top of the vehicle. Some of these are capable of spotting crucial elements of the streetscape—such as a stop sign—from more than 1,640 feet in the distance, according to Satish Jeyachandran, Waymo’s head of hardware, who authored the blog item on the topic.

And in general, autonomous vehicles need machine learning to make sense of what the cameras are seeing; image recognition permits it to figure out that a red light is a red light.

The next type of sensor has no biological equivalent: it’s lidar, which bounces laser light off of the world around it to see what’s there, and how far away it is. It’s a key type of hardware for self-driving cars to see crucially important objects, like pedestrians. (A powerful lidar system is even employed on this unique aircraft to map forests from the sky.) Down on the ground, the most noticeable lidar on the Waymo car is up top, and looks all around the vehicle; Jeyachandran reports that that unit can spot a car door swinging open from “a city block away.” Other lidars at four other spots on these Jags focus on objects that are more proximate to the cars. Unlike cameras, these laser-based sensors don’t need ambient light to do their jobs.

Finally, when cops by the side of the road track your speed, they’re using a radar gun—that’s because radar is good at detecting how fast something is moving. Autonomous vehicles use radar units to see the rate at which objects are moving, and on the new Waymo cars, the company has deployed what it calls a “imaging radar system” to see around it and determine if things are in motion.

All of these sensors—plus the actual code that makes the vehicles run, as well as simulated and real-world driving experience, detailed maps, and more—help the vehicles figure out how to execute challenging maneuvers like unprotected left hand turns or navigate the somewhat “lawless” environment of a parking lot.

These Jaguar I-Paces are, of course, mostly traditional-looking cars that happen to be electric and decorated with high-tech sensors. But another prominent company in the self-driving space, Cruise, revealed a very different kind of autonomous vehicle earlier this year. Like any other driverless car, it’s equipped with the necessary sensors to perceive the world, and it travels over asphalt on four wheels. But otherwise, it looks very different: more like a giant box on wheels, with sliding doors and an interior in which passengers ride around facing each other. Cruise, which is owned by GM, doesn’t see this as a car you’d buy, but instead as one you’d hop into as a shared urban taxi.

Ultimately, all of the fancy sensors, computer code, AI, and smart design make vehicles like these technologically compelling, but people still remain wary of them—AAA reported survey results today that reveal just 12 percent of people “would trust riding in a self-driving car.” And 28 percent are unsure of their feelings on the topic. And of course, lurking behind the entire topic is the deadly March, 2018 accident involving an Uber self-driving car and pedestrian Elaine Herzberg.