EVs are silent and soulless, so BMW tapped Hans Zimmer to give them a voice

Three new electric cars will feature a soundscape from the legendary film composer. 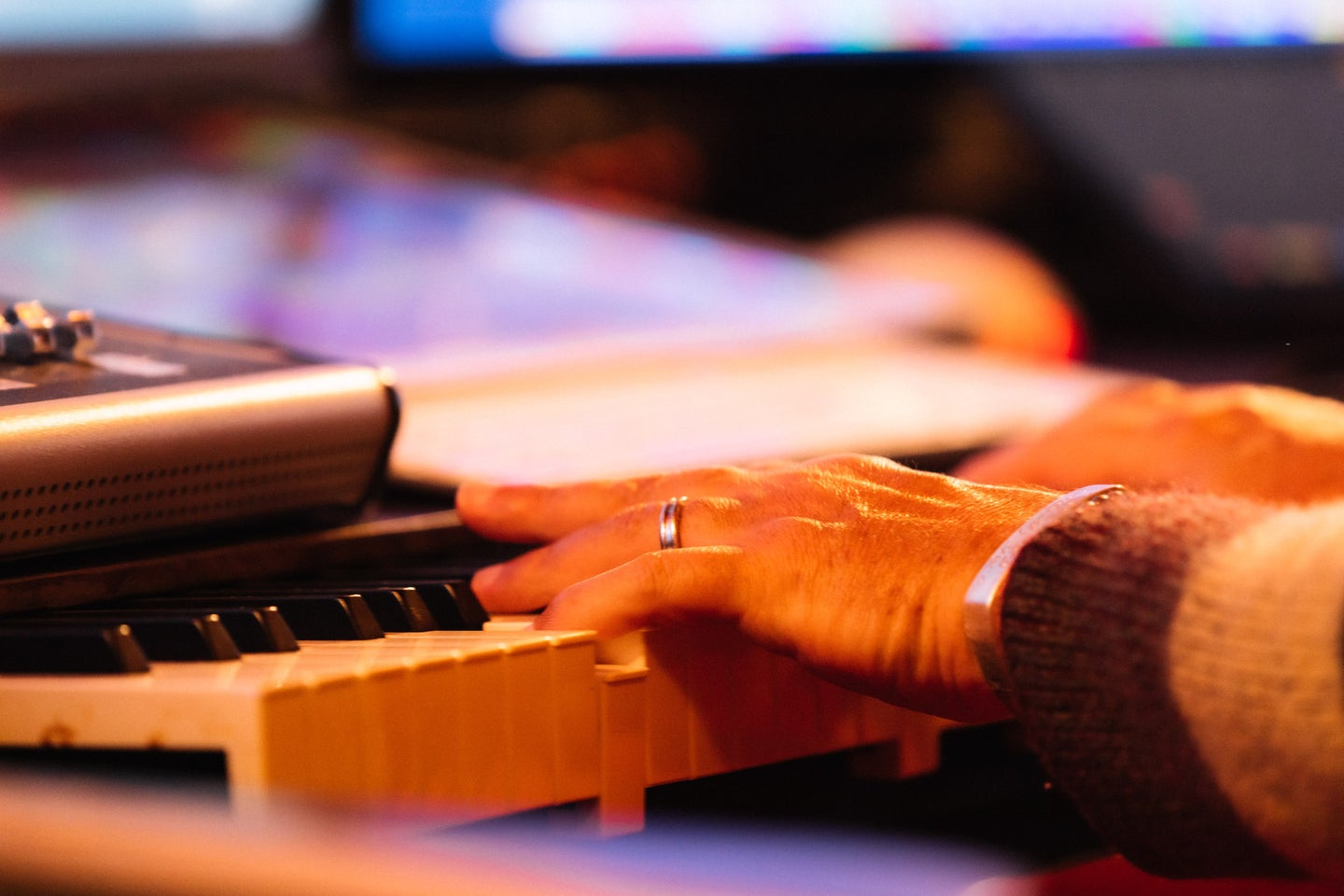 To many automotive enthusiasts, electric cars have an unfortunate stigma of being soulless. Their eco-friendly branding and quiet operating volume can make even the most high-performance EVs seem more like a refrigerator on wheels than a fierce track weapon. To combat this, automakers are turning to Hollywood to help dial-in the ideal sound of their upcoming battery-powered vehicles.

BMW is a perfect example. The Bavarian automaker is one of the many manufacturers that are spearheading the shift from the internal combustion engine to electrification. That means rapidly redefining some of the most basic things people perceive about cars, including their sound. To try to tantalize its customer’s senses, BMW has decided to tap legendary film composer Hans Zimmer, tasking him with creating the sound that will mark an entirely new generation of vehicles.

Zimmer has scored more than 150 of the most well-known Hollywood films, including hits like Inception, Pirates of the Caribbean, and The Lion King. So, he knows audio. That’s why BMW has asked him to create unique driving sounds for three of its upcoming cars; the iX crossover, the i4 sedan, and the M-variant of the i4. The last of these is perhaps the most important, as it will be BMW’s very first battery-powered performance car under its M-branding.

Zimmer’s sounds will be used to accentuate the driving experience by providing acoustic feedback to the driver as they press the accelerator pedal. BMW calls this its “IconicSounds Electric” and its purpose is to replace the noises that a traditional gas engine makes as it moves through the rev range.

For example, when the car is in “Comfort Mode,” the driver expects a tame and relaxing drive. The sounds emitted from the vehicle’s on-board speakers are tuned specifically for this. BMW says that this score is aimed at creating an immersive and pleasant atmosphere. Switch to “Sport Mode” and the vehicle wakes up—its sounds are more dominant and powerful. Should the driver mash the pedal, the car’s sensors will pick up on the requested throttle and, within milliseconds, shifts the sound in both pitch and volume to match the requested load.

[Related: How self-driving vehicles of the future could curb carsickness ]

Developing a sound unique to M cars is crucial for the brand’s identity. BMW’s M division is responsible for creating the automaker’s line of high performance vehicles, all of which sport the iconic blue, violet, and red “M” badge to signify the motorsports lineage ingrained deep within its roots. The cars are often equipped with high-output motors, some of which have historically had large displacement engines with eight, 10, or even 12 cylinders. The larger motors created a distinctive roar in the cabin versus BMW’s more common inline-six or four cylinder engines.

The soundscape of an electric car is a blank canvas. It’s an entirely new medium for artists to create an impression on their audience, except instead of paints and brushes, composers are using sonic waves to entertain a listener’s eardrums. Zimmer sees cars as a way to invoke emotions from drivers by creating an experience for them even more engaging than their gasoline engine.

That’s a tall order to fill when it comes to petrolheads. Many car nuts are borderline obsessive over the sound of a car’s power plant, and are often critical of automakers that attempt to create artificial engine noise in the cabin.

The sound of a traditional combustion engine is mechanically generated. As the gasoline in a cylinder ignites and pressurized exhaust gasses are expelled from the engine into the exhaust manifold, the engine produces an audible frequency. The higher an engine revs and the more cylinders it has, the more explosions per second occur—this corresponds to shifts in frequency, and (along with acoustic factors in the car’s engine bay and cabin) affects how the engine sound is perceived at the ear.

Electric vehicles, however, are a different story. Stomping on the accelerator of an electric car is a fairly silent experience. While the electric motors do produce a rather unique sound, manufacturers have worked diligently to isolate this noise from a car’s cabin in order to maintain a luxurious feel for the vehicle’s occupants. As Zimmer once put it: “silence has become an expensive commodity.”

Silence can also be boring, which is difficult to justify in an emotional purchase like BMW’s line of M cars. The German automaker specifically builds its performance line to cater to drivers who want to experience a car both visually and with the rest of their senses: feeling a crisp shift into a higher gear, smelling the hot rubber from the car’s tires after a spirited driving session, and—most important to Zimmer—hearing the bellow of a powerful engine.

This meant creating a unique in-cabin sound specific to the i4’s M-badged variant. BMW says that Zimmer made the drive sound more charged and with extra energy, almost to mimic the M-division tradition of a more robust engine under the hood (albeit with a twang of electrification, of course). For inspiration, he looked to the sounds of an explosion. He texturized the sound in a way that represents force and strength, all while still giving the impression of “flowing energy.”

The final product, a sample of which can be heard at the end of the video below, is a mesh of muscle and electricity. It’s difficult to put into words—you’ll have to listen for yourself.