The new system sheds more light on the road for safer travels. 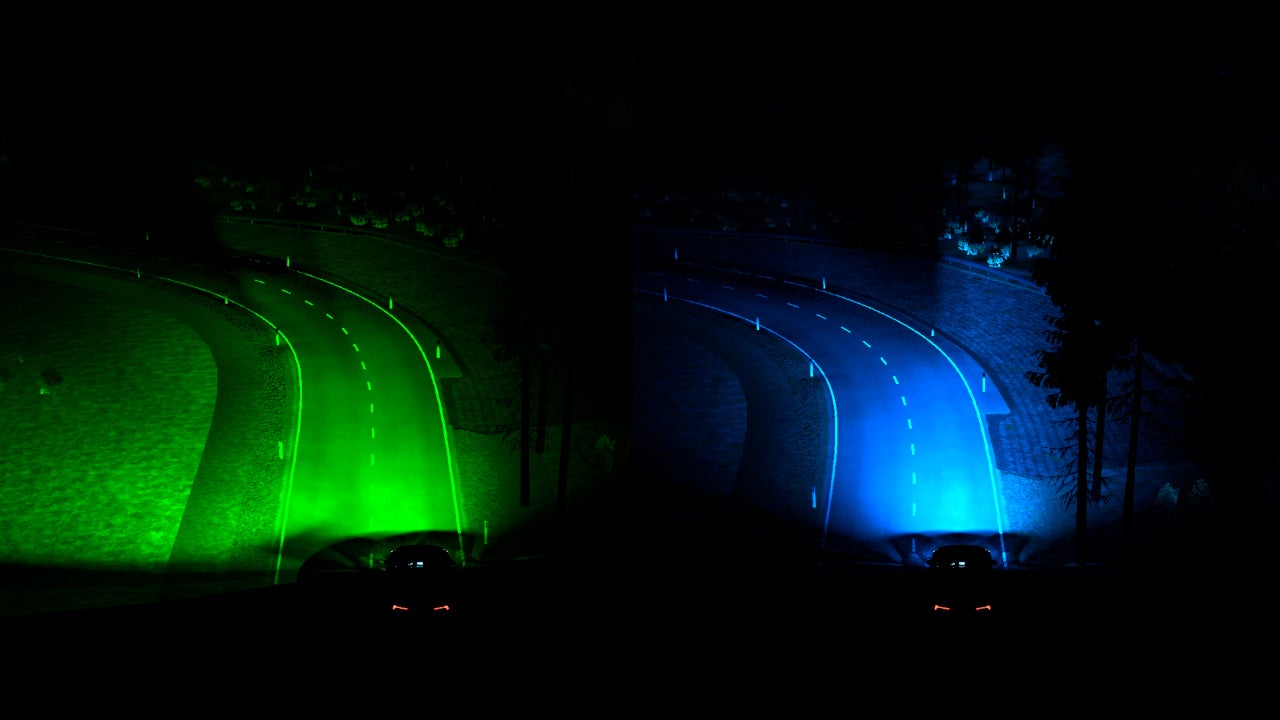 Cars rolling off the production line today come equipped with technology and safety features which may have seemed otherworldly only a short time ago. From blind spot monitoring to lane centering, automakers have worked to cram as many safety features into new vehicles as possible. But there’s one often overlooked feature which may be the most important improvement of all through the years: headlights.

Ford’s engineers have always sought out new ways to improve nighttime driving. Several years ago, the company introduced an adaptive front headlight system which automatically adjusts the direction of the headlight beam based on the driver’s steering wheel input. Now, Ford’s European Research and Advanced Engineering division has found a way to improve upon this tech thanks to the GPS system already built into the car. By using the vehicle’s coordinates and trajectory, the company’s new headlight system can predict the ideal way to adjust headlight output before the car ever reaches a curve.

Current Ford vehicles equipped with the newest iteration of the automaker’s adaptive headlights use both steering input and video captured from the car’s on-board lane-sensing cameras to determine the direction of the beams. This works by articulating a small lens in the vehicle’s headlight housing towards the direction in which the front wheels are turned. The car’s forward-facing camera watches for lane markings and helps to move the outside-most beam more towards the center of the road This arrangement ensures that the vehicle is lighting the roadway efficiently instead of sending wasted light into the abyss.

To improve upon this, engineers turned towards an existing technology already present in most modern vehicles: GPS.

Using mapping and precise location data tied to the vehicle’s embedded navigation software, Ford is able to intelligently predict when a car is approaching a curve based on its current trajectory. The car will then move the headlight beam into the turn before the driver needs to rotate the steering wheel. This helps to guide the driver along the road and illuminates any potential hazards that may be hiding in otherwise unlit portions of the road.

When the GPS signal isn’t available, the system will continue to function based on camera and driver input. It will resume its location-based operability once the GPS data improves.

[Related: Are headlights getting brighter?]

During testing, Ford’s engineers used a “digital twin” simulation to create an algorithmic representation of the physical world. This gave Ford the ability to test and tweak the prototype before sending it out on the physical street.

Even a small improvement in road illumination can make a big difference when it comes to safety. Studies show that drivers take around 1.5 seconds on average to react to an unexpected hazard introduced in their path in ideal conditions. Nighttime driving may elongate this response time, which is why it’s so critical for vehicles to not just provide bright headlights, but use the light in a meaningful way.

“The reality is that driving at night carries the highest fatality rate for both drivers and pedestrians.” said Greg Brannon, Director of Automotive Engineering and Industry Relations for AAA, in a statement to Popular Science. He later continued: “AAA believes this type of headlight technology and others like it that are in development are the first real solution to providing more light for drivers at night when they need it most.”

Automakers have worked to improve headlight tech for decades, but the performance was mostly measured in overall brightness and not in effectively outputting light where it matters most: the road. In fact, it wasn’t until 2016 that the Insurance Institute for Highway Safety began rating headlight systems for modern cars. In recent years, manufacturers also experimented with laser headlights and multi-LED “pixel” headlights which can be intelligently controlled to avoid blinding other motorists with bright beams. Automakers like Ford continue to build on headlight technology, bolstering existing efforts like adaptive driving beams with even more useful skills.

While Ford’s newest technology is useful, it’s important to note that it’s still very much in its prototyping phase. The US has imposed strict federal regulations on headlights, which make chances slim that Ford’s GPS-powered features will show up on our shores any time soon. Brannon stresses that the risk of fatality during night time driving could be significantly reduced should the headlight standards be revised, noting that cars already on the road in Europe and Canada using more modern technology has increased roadway lighting by as much as 86 percent.