Games For Change Combines A Coding Curriculum With Social Issues 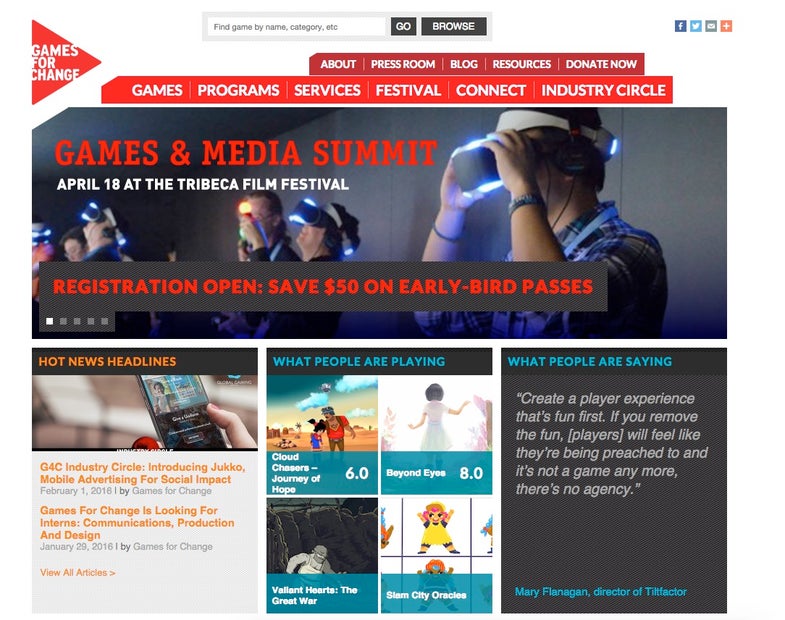 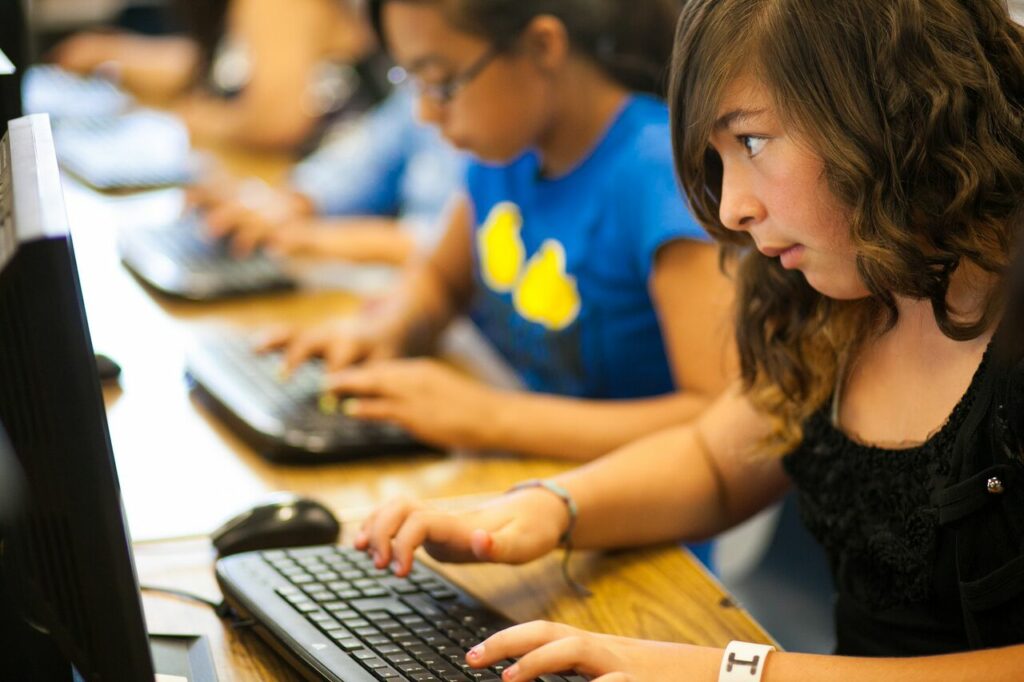 Learning to code is increasingly becoming an important part of education in the 21st century. Knowing the basics of code is nearly as important in the world of the web as knowing one’s ABC’s. But in the world we live in, new apps and games release constantly—there’s almost no time for teachers to keep students current while simultaneously teaching old, but necessary, lessons. That’s what Games For Change hopes to address.

Games for Change was founded in 2004 with the mission of advocating the power of games beyond firing colored shells at Mario characters or taking out aliens. The non-profit, based in New York City, does double duty in what it teaches students. President Susanna Pollack comments on this two-fold mission, being “to excite kids to see the value and learn how to make games. But not to stop there—we want the next generation to know games are actually part of a solution to social issues and are not just a form of entertainment.” The program sponsors events, challenges and hackathons to get students excited about game creation

It’s been a while since video games were laughed-off as the stuff of children. Not only have digital games surpassed films in terms of profit, but they require a special attention that’s needed when interacting in an increasingly virtual world. Considering the myriad of movies with a message, the market has some, but not many, games with a message. Pollack points to Assassin’s Creed for a game that’s well-made and historically accurate enough to offer a lesson.

At least in high school teacher Melissa Tortora’s version of the Games For Change curriculum. “The name of the particular challenge that I’m participating in is Games For Social Change. If a student chooses the topic ‘animal welfare in New York City,’ for example, the game has to be about how to curb animal population and teaching others what they can do to help the issue.” Tortora continued, “For this particular competition, students have to create games relating to one of our 5 themes.”

Along with the welfare of animals and youth justice, Tortora’s segment of Games For Change also offer civic journalism, literacy and what the program calls smart cities: a topic that teaches city-dwellers how to live more sustainably.

Most of Games For Changes’s titles are browser based and can be played online (located here, for the curious). But the Acting President mentions the possibility in the future for curriculums to expand to other gaming platforms like video game consoles or mobile.

But games don’t live only on the web. The non-profit will hold an exhibition at the Museum of the Moving Image in the empire state for one weekend showcasing winners of the games submitted here. “We’ll present these games as an arcade for people to play,” Pollack says. Fans can head to the museum in New York between June 11 and 12.

The organization attends no shortage of events. Most recently, Games For Change could be found at the Global Game Jam at New York University and coming up they can be found at their Games and Media Summit Tribeca Film Festival on April 18 as well as the Games For Change Festival 2016 on June 23 and 24 at The New School’s Parsons School Of Design—what the company calls “the largest gaming event in NYC.” The Games and Media Summit will last a day and will consist of speakers ranging from the Chief Science Advisor and neuroscientist Dr. Adam Gazzaley to the Chief Digital Officer at the American Natural History Museum, Catherine Devine.

Doing double duty, groups like Games for Change are able to bring awareness to problems that need addressing and solve one in doing so: bringing coding classes to students. And the org would like to expand to other cities like Chicago, Dallas, DC, and more. “[Our kids] realize they’re having a positive impact through their games,” says Pollack. “And if we can engage more of those kinds of students into making games that might have subtle messaging—that’s still full-on fun—then that’s a real win.”