You Can Now Play Laser Tag With Your Smartphone 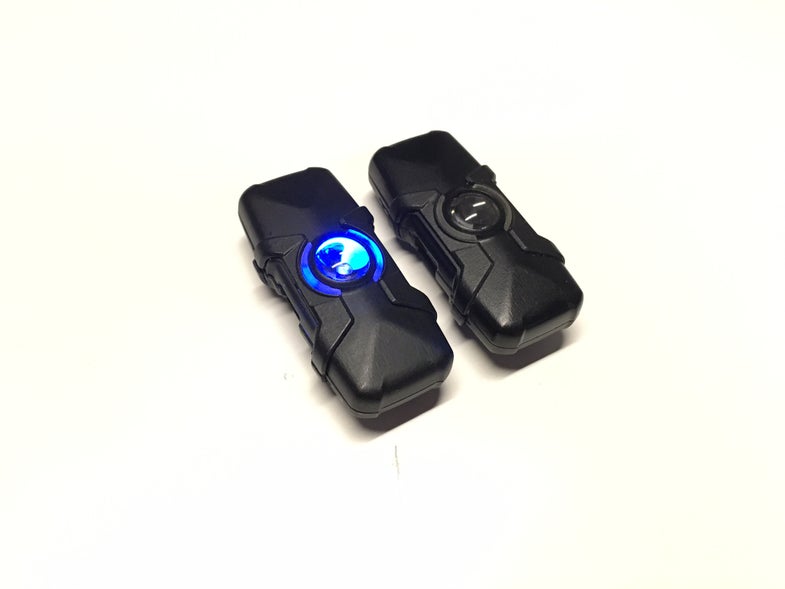 I can’t find a single person who hates laser tag. I’ve asked a bunch of people, and they all get excited about it. Whether it’s the fact that you get to point a fake gun at another human being with no remorse, or just an affinity for neon, laser tag is nearly universally regarded as awesome.

When I asked one coworker if there was any good laser tag around us, he said the closest place to play he knew was on Long Island. Others had no idea of venues near us in Manhattan, a place that undoubtedly has a laser tag course.

With Father.io, you can play laser tag anywhere. The park, around a neighborhood, indoors–the world is literally your game board.

The augmented reality smartphone game wants to bring laser tag into the 21st century. You look through your smartphone which uses the camera to show you the world overlaid with a floating arm with a gun, your health, ammo, and a map of players around you. There’s a little widget with infrared blasters that you have to attach to the front of your phone, which Father.io calls an Inceptor. It also uses GPS to locate your position in the world.

There are two ways to play: either a typical game of laser tag with two predetermined teams, or a story mode where you can find and interact with 12 million points of interest around the world.

The basis of the story mode is standard dystopia–an A.I. gets a virus and now cybernetic humanoid machines are trying to exterminate humankind. Visiting real-life buildings like banks and hospitals can help your team gain points and influence, but there’s no evident shooting.

The Inceptor is the key to making the game work, and it may be Father.io’s fatal flaw. It’s both an infrared emitter that acts like your “gun”, and a sensor that determines whether you’ve been shot. You connect it to your phone with Bluetooth, and it clips to your phone facing the direction you want to shoot. It fires about 50 feet, the upper limit for IR at this scale. The Inceptor is only needed to play standard laser tag games, and the story is mostly governed by GPS.

However, its existence is a gamble that people are willing to pay $20-$25 on external hardware to essentially play an enhanced smartphone game. There’s a competitive aspect, and everyone loves laser tag, but this doesn’t turn your smartphone into anything that feels like a gun (nor should it if you’re running around in public), and part of the appeal of laser tag is the atmosphere.

Then again, it’s easy to see kids running around a neighborhood with these IR blasters and iPhones, shooting each other with the satisfying animation on screen.

Father.io launched its IndieGogo campaign today, and plans to ship Inceptors by summer 2016.