How it Works: The Pole Vault 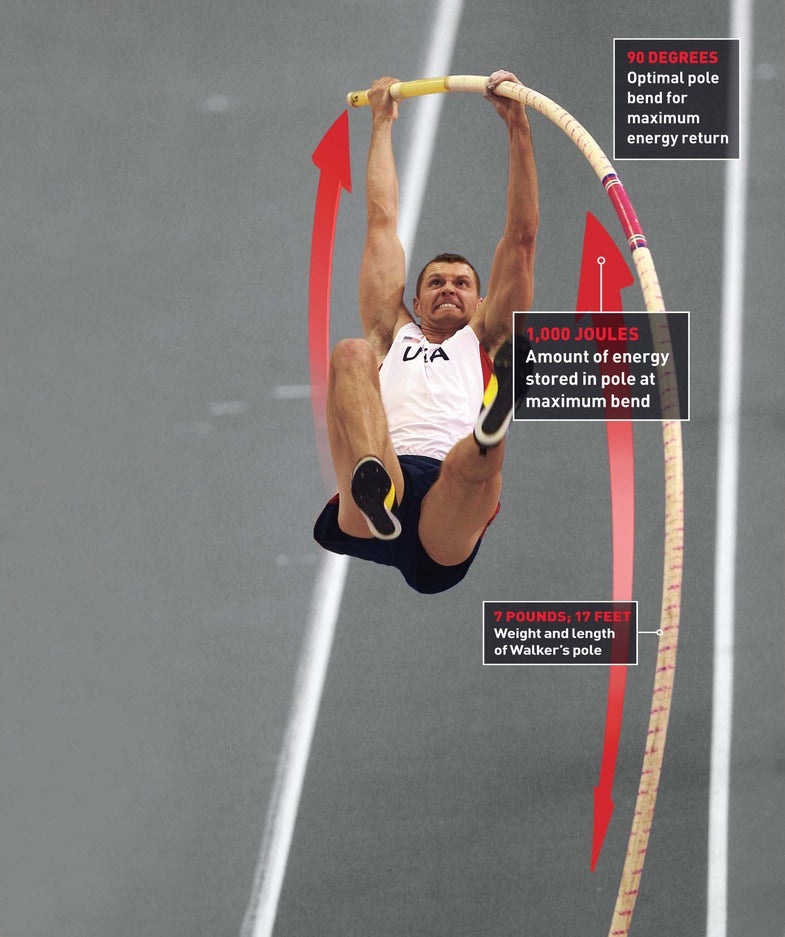 The pole vault is all about energy conversion. The kinetic energy built up during the vaulter’s run turns into potential energy stored in the pole as the vaulter bends it nearly 90 degrees. When the pole recoils, it unleashes that energy to help propel the vaulter up and over the bar. Of these stages, Peter McGinnis, a professor of kinesiology at the State University of New York at Cortland, has found that the most important is the speed of the vaulter just before he plants his pole. The energy built up during the run accounts for almost 60 percent of the vault’s height. 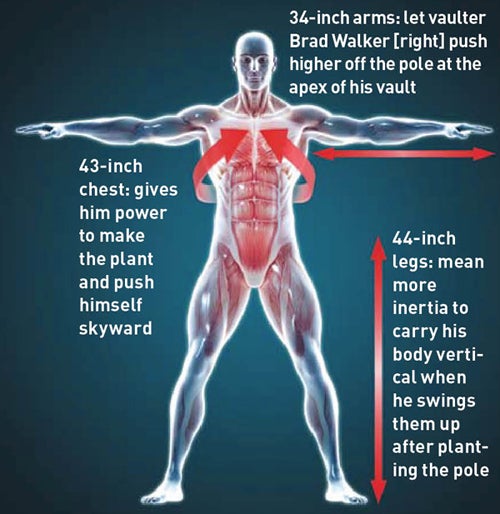 New Thinking: The men’s pole-vault record—6.14 meters, or 20 feet and 1.75 inches—was set by the legendary Ukranian vaulter Sergey Bubka in 1994; no one else has ever cleared 20 feet (twice the height of a basketball hoop). But this might be the year the record falls, thanks to new light-weight poles made from carbon fiber and fiberglass (the old poles were pure fiberglass). The materials not only save almost a pound of heft but also provide faster recoil, transferring more of the energy stored in the bent pole back to the vaulter 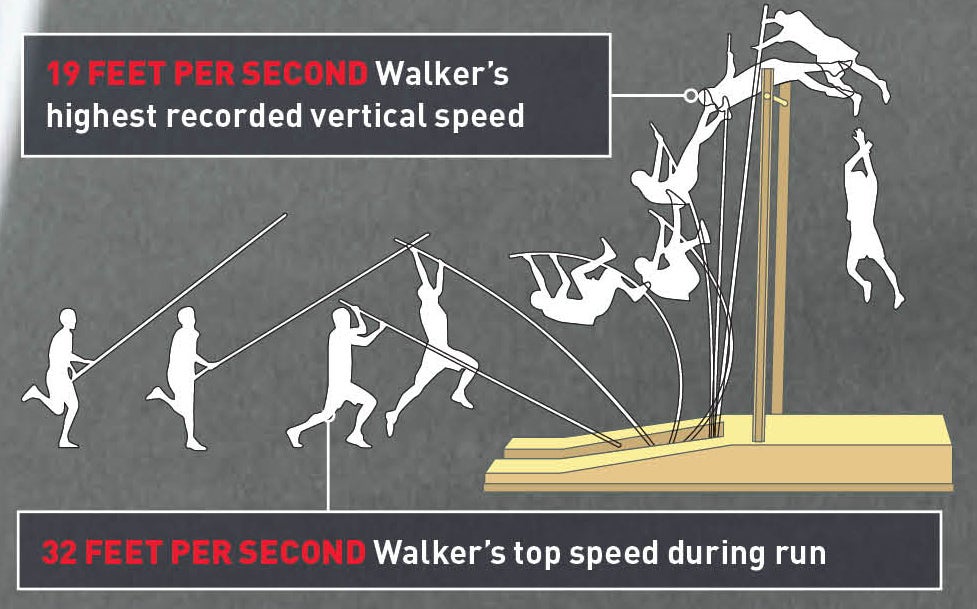