Ancient valleys may hold clues to past life on Mars

Understanding whether the Red Planet’s past was warm and wet or cold and icy can offer insights about whether it was ever habitable. 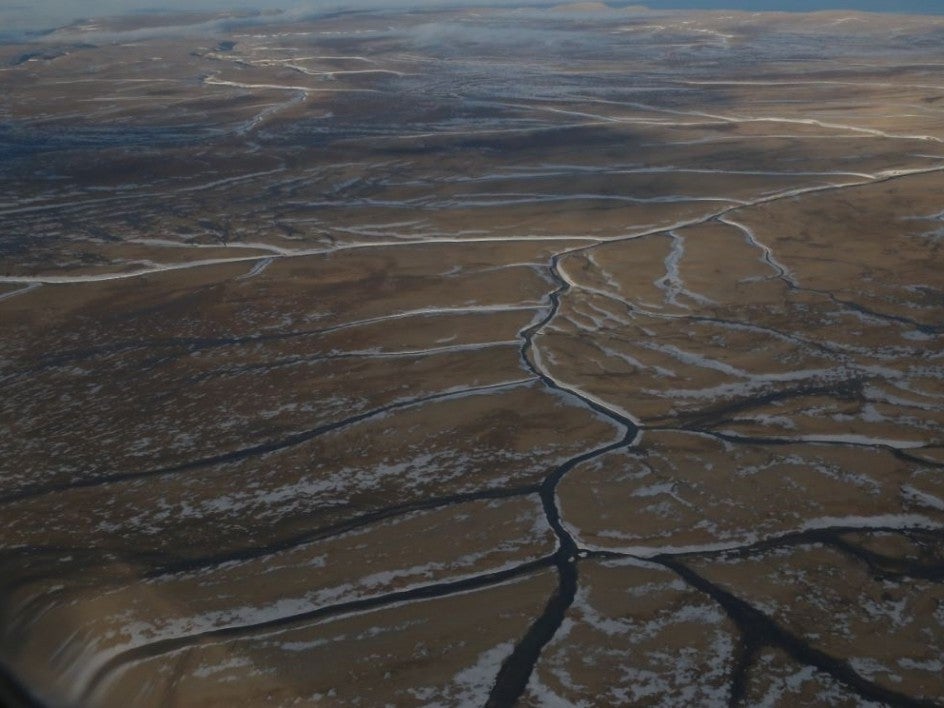 Ancient valleys on Mars are similar to ones that exist around Devon Island in the Canadian Arctic Archipelago. Both on Earth and on Mars, valleys left by icy channels are distinctive because they can flow uphill, the researchers observed. Grau Galofre/ASU
SHARE

The southern hemisphere of Mars contains hundreds of networks of valleys that have long puzzled geologists. They believe erosion from liquid water created these ancient depressions, which indicate that early Mars was a relatively warm place. But past computer models have suggested conditions on the red planet were cold and icy during that time period period.

Recently, planetary scientists took a closer look at those Martian valleys and compared them with similar formations on Earth. The researchers found that water flowing under ice sheets helped construct a significant proportion of the valleys, confirming that Mars did indeed have a chilly, frigid chapter in its early history. The team reported these findings on August 3 in the journal Nature Geoscience.

“Was Mars essentially a frozen planet with very residual amounts of liquid water at the surface, or was it a planet that was dominated by a [water] cycle like that on Earth?” says Anna Grau Galofre, a planetary scientist at Arizona State University in Tempe and a coauthor of the new findings. In the past researchers were stuck between two pieces of evidence, according to Grau Galofre: the computer models that suggest an icy beginning for Mars and the geological evidence that suggests Mars had rainfall, oceans, and lakes.

The new findings bridge the gap between these two sources of information, she says, and could help scientists hone their search for evidence of life on Mars.

The valleys that Grau Galofre and her colleagues examined formed an estimated 3.9 to 3.5 billion years ago—around the time when life first emerged on Earth. They are scattered over the planet’s southern highlands, and range from single threads a few miles long to vast, intricate networks that resemble the tributaries of terrestrial rivers like the Nile or Mississippi.

Grau Galofre and her colleagues examined 10,276 valleys belonging to 66 different networks. Based on the shape and other landscape characteristics of the valleys, the researchers were able to identify what kinds of erosion processes had formed them. The researchers found that the valleys were created a number of different ways. Of 48 valley regions with distinctive features, three were probably worn into the surface by groundwater from springs, nine were carved out by glaciers, 14 were likely created by rivers, and 22 formed under ice sheets.

The last two kinds of valleys can closely resemble each other, and indeed have similar origins.

“It’s just water flowing on the surface, but either covered by ice or uncovered and in contact with the atmosphere,” Grau Galofre says. Subglacial channels run through the ice sheet like pipes in a plumbing system, she says.

These valleys remind Grau Galofre and her team of ones that exist around Devon Island in the Canadian Arctic Archipelago. Both on Earth and on Mars, valleys left by icy channels are distinctive because they can flow uphill, the researchers observed. This happens when the pressure of the ice sheet bearing down on the channel forces water to move from areas with a thick covering to ones with thinner ice. “You can have a channel that climbs a hill and that is something you will never see if you have a river,” Grau Galofre says.

The presence of valleys created by both rivers and ice sheets could indicate that some spots on the ancient Martian highlands remained ice-free. “It could also mean that we are looking at different climates that have been imprinted in the landscape in different periods of time,” Grau Galofre says. “At some point on Mars there was widespread glaciation, but also at some other…moment of history this ice retreated enough for rivers to form.”

However, it’s not yet clear when these two periods might have occurred or which came first; rock samples gathered by NASA’s recently launched Perseverance rover might eventually shed light on this question, Grau Galofre says.

The presence of ice sheets on ancient Mars may actually have made the planet more habitable. An ice sheet blanket would provide any lifeforms living beneath with a steady supply of water, and would insulate these organisms against large temperature swings, and shield them from solar radiation.

Life on Earth thrives across a huge range of different habitats, points out Robin Wordsworth, a planetary scientist at Harvard University who was not involved in the research.

“If early Mars really was cold throughout much of its history, that suggests the search for ancient life should be broadened to a diverse range of environments,” he said in an email to Popular Science. “Their conclusion that many valley networks formed subglacially provides a striking new perspective on the nature of the enigmatic early Martian climate.”