Thus preventing an even bigger disaster 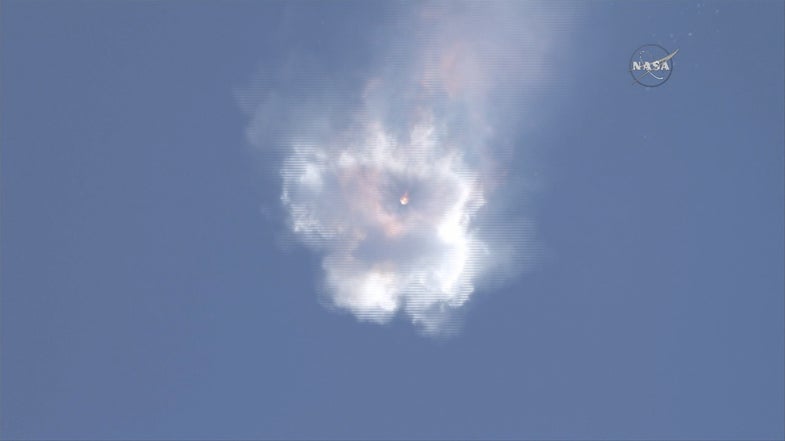 After the explosion of SpaceX’s Falcon 9 rocket on Sunday, the hunt is on to find out what went wrong. Although the company says it still isn’t sure what the hell happened, the Air Force has just announced that its safety officers sent the command for the rocket to destroy itself–but that was long after it was already breaking apart from a malfunction, USA Today reports.

Before the rocket’s first stage could separate from the rest of the rocket and attempt to land on a drone ship, the rocket suffered a catastrophic failure and started breaking up. Some 70 seconds later, safety officers sent the self-destruct command. The command may have prevented the rocket from going out of control, as well as helping it burn off its toxic fuel before falling into the ocean.

Although SpaceX CEO Elon Musk tweeted that the failure came from too much pressure building up in the liquid oxygen tank of an upper stage, it’s not clear what caused the high pressure.