Armageddon is upon us, according to...a surprising number of people!

Not everyone is so morose–only 6 percent of French people think they’ll live to see the end of the world, and just 4 percent of Germans and Indonesians believe in the 2012 doomsday predicted (at least ostensibly) by the Mayan calendar. 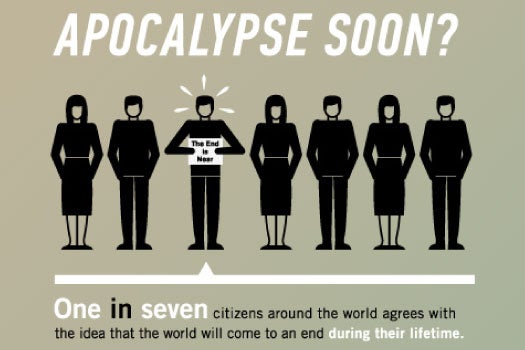 Will The World End In Your Lifetime?