Falcon 9 Is On Track For January 17 Launch And Landing

SpaceX craft will lift off and return to a floating platform 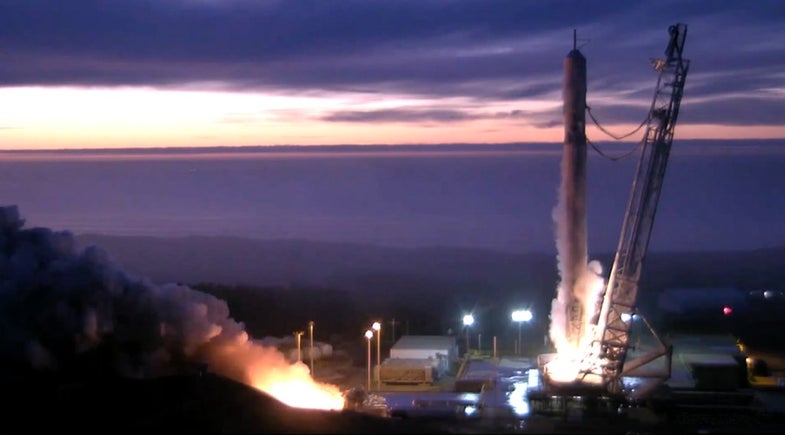 After a successful stationary test fire, SpaceX is go for launch. If the weather holds out, the company’s Falcon 9 rocket will carry the ocean-monitoring Jason-3 satellite into orbit on Saturday. Then the rocket’s first stage (the part responsible for the main liftoff) will land on a drone ship in the Pacific Ocean.

SpaceNews reports that this will be the final flight of the old version of the Falcon 9 rocket. The company recently launched and landed its souped-up Falcon 9 v.1.2, which is outfitted to have 30 percent more thrust.

If the company is successful in landing on the platform, it’ll be for the first time. Although SpaceX has managed to land their rocket on solid ground, a swaying ocean platform presents extra difficulties, and the company’s previous attempts have ended in flames. However, being able to land the rocket in the middle of the ocean, far away from people and launch facilities, should give SpaceX a lot more flexibility in when it can launch and land its rockets.