Study: If You Hate Someone, Your Brain Sees Them Differently

Perception isn’t just a simple chain of neurological events. A new study from the Brain and Creativity Institute at the... 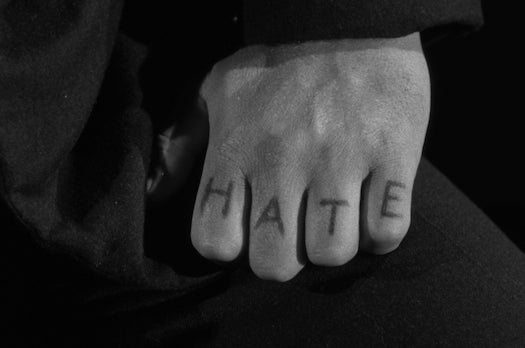 Perception isn’t just a simple chain of neurological events. A new study from the Brain and Creativity Institute at the University of Southern California suggests that emotion can actually affect perception–like, say, a Jewish person observing a neo-Nazi.

When you observe someone, there’s an event called mirroring that happens in the brain–your brain’s neurons activate by what your eyes observe when you observe another person. Previous studies have shown that physical properties, like race or similarity to yourself, can affect how your neurons behave. This study sought to activate emotion, by having a panel of Jewish men observe others. Half of those others were identified as neo-Nazis, half as “likable and open-minded.” And the neurological response was totally different! Seeing those they disliked, the neo-Nazis, caused a different pattern of activity–although, interestingly, only when the “neo-Nazis” moved. But it changes the way we see other people–those we hate appear to move slower, for example. Really interesting stuff. The article is published in the journal PLoS One.

[USC via The Awl]