North Korea Plans To Launch A Satellite This Month

No one else is happy about that 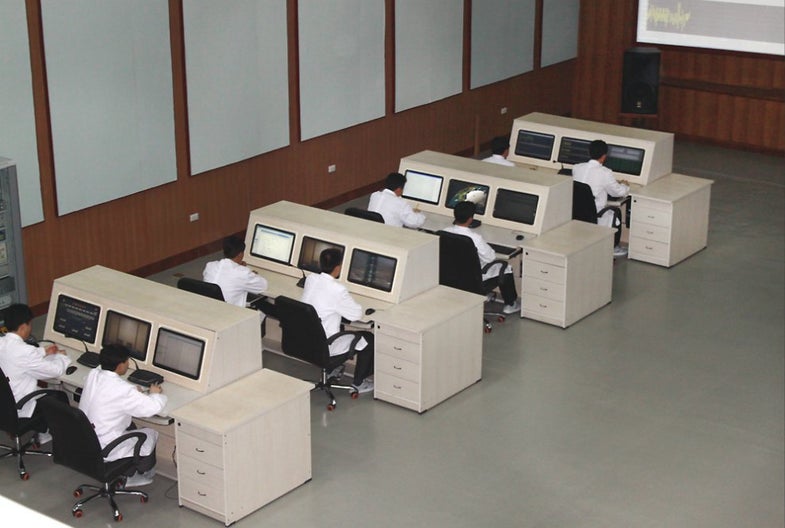 North Korea, an international pariah state known equally for its reckless nuclear program and its population’s mass starvation, announced today that it plans to launch a satellite into space later this month. Despite its hobbled economy and diplomatic isolation, this won’t be the first satellite launch for the Democratic People’s Republic of Korea.

They claimed success with a rocket launch in April 2012, though it was a separate launch in December 2012 that put a satellite in space, if only briefly, before it tumbled back down to earth. Following last month’s claimed test of a hydrogen bomb, their new launch may demonstrate a new technological success, though it is just as likely to sustain fears about an eventual nuclear-capable missile in Kim Jong-un’s hands.

Scientific space programs have long given cover for missile development. North Korea is hardly alone in this, though their failures are remarkable (and the frequent subject of satire). Some of this has to do with North Korea’s hyperbolic presentation, which can bury signs of real technological progress in hour-long propaganda videos. Taking it seriously, the United States urged the United Nations to condemn the launch, and Japan is casually deploying anti-missile rockets in downtown Tokyo.

Update February 6th, 2016. This is a developing story. According to the Associated Press, it appears North Korea went ahead and just launched the rocket.

These appear to be contrails from the rocket launch.

We don’t yet know if the satellite was successfully placed in orbit, though for many observers that’s a very less important question than if the missile works and has the range to threaten countries across the globe. Meanwhile, North Korea’s neighbor Japan has missile interceptors at the ready.

But doesn’t appear to be shooting the missile down.

The first stage of the booster rocket has fallen into the Pacific.

According to the Pentagon, the object the rocket was transporting reached space. It will likely be a while before we know if the object has entered a stable orbit.

This is the statement from U.S. Strategic Command.

Statement from the White House:

And from Secretary of State John Kerry:

Update February 7th, 2016 The United States and South Korea issues a joint statement concerning the launch this morning. It appears both countries are eager to move ahead with missile defense system deployment, and are considering the feasibility of a new American anti-missile weapon platform on the Korean peninsula aimed solely at any weapons launched by North Korea. From that statement:

As expected, North Korea claimed the launch was successful, though North Korean claims don’t always match perfectly with reality. North Korea’s National Aerospace Development Administration (or NADA) suggested that there this launch is just the first in a five-year program.