The company's Falcon 9 rocket appears destroyed, as well as onboard Facebook satellite 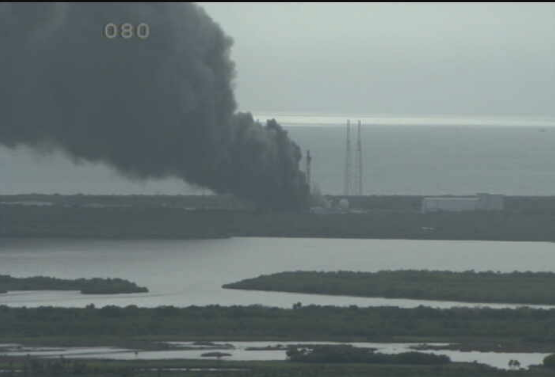 A SpaceX rocket exploded on a rocket pad this morning, with some people in the area reporting that the explosion was felt at some distance from the launch site.

The blast occurred a few minutes after 9 a.m. Eastern at a launch site used by SpaceX at Cape Canaveral Air Force Station near NASA’s Kennedy Space Center. It was captured on camera and later posted in a harrowing video by U.S. Launch Report (h/t: Miriam Kramer).

SpaceX also issued a statement, saying: “SpaceX can confirm that in preparation for today’s static fire, there was an anomaly on the pad resulting in the loss of the vehicle and its payload. Per standard procedure, the pad was clear and there were no injuries.”

The exact cause of the explosion is unknown, but the anomaly as SpaceX is calling it appears to have started while the rocket was being loaded with propellant. SpaceX founder Elon Musk chimed in on Twitter to this effect as well.

The payload on this Falcon 9 rocket was Amos-6, a 12,125 pound satellite that would have been the heaviest payload launched by SpaceX to date.

The satellite was a part of a collaboration with Facebook, and was going to be a part of their efforts to bring satellite-based internet to underserved areas of the globe. In this case, the satellite would have helped provide internet to people in sub-Saharan Africa. Facebook founder and CEO Mark Zuckerberg, who features on the cover of the latest Popular Science print edition, posted a message expressing his disappointment.

Earlier this week, SpaceX announced that the first re-launched rocket booster would be the first rocket booster that the company successfully landed on a drone ship back in April. It is set to carry a telecommunications satellite from satellite company SES later this fall, but this explosion will almost certainly delay that launch.

This is the second time SpaceX has lost a rocket. In June 2015 there was also an explosion during a launch of supplies to the ISS.

This is a developing story and we will continue to update as more details emerge.