They're too small to reach orbit, but could be useful for science 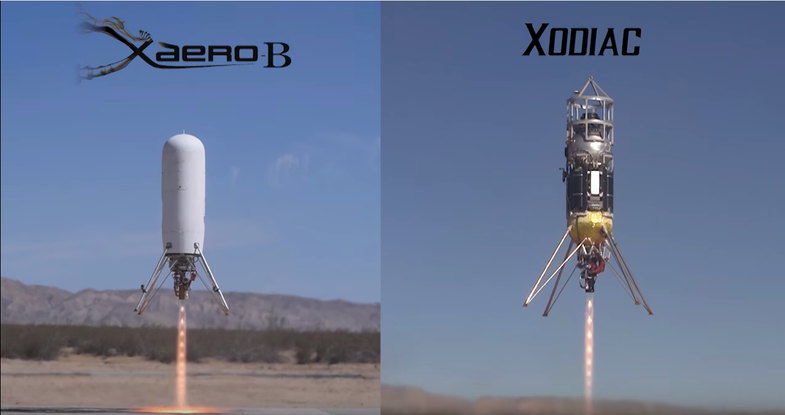 The new unmanned rockets can take off and land vertically, can be reused in a short amount of time, and and hover in mid-air.

The approximately 15-foot rockets are a lot smaller than the reusable rockets that Blue Origin and SpaceX are launching, landing, and (in Blue Origin’s case) already reusing. They can’t travel as high or carry nearly as heavy of a payload, but they could prove to be useful for gathering science data in suborbital space.

XaeroB is named for its predecessor, Xaero, which was lost on a mission in 2013. After it reached altitudes of one kilometer, engineers lost control of the rocket during its descent. XaeroB is the same style of rocket, but is three feet taller at 15 feet. Xodiac is similar as well, but with an open frame.

Founded in 2004, Masten Space Systems’s primary work sends scientific experiments along with its rockets into suborbital space. It is one of six NASA-contracted rocket companies, along with Blue Origin and SpaceX. In the future, Masten hopes to fly its rockets into orbital space, while still maintaining the vertical takeoffs and landings and reusability.