The EV should have range of more than 300 miles, and will first be on sale in China. 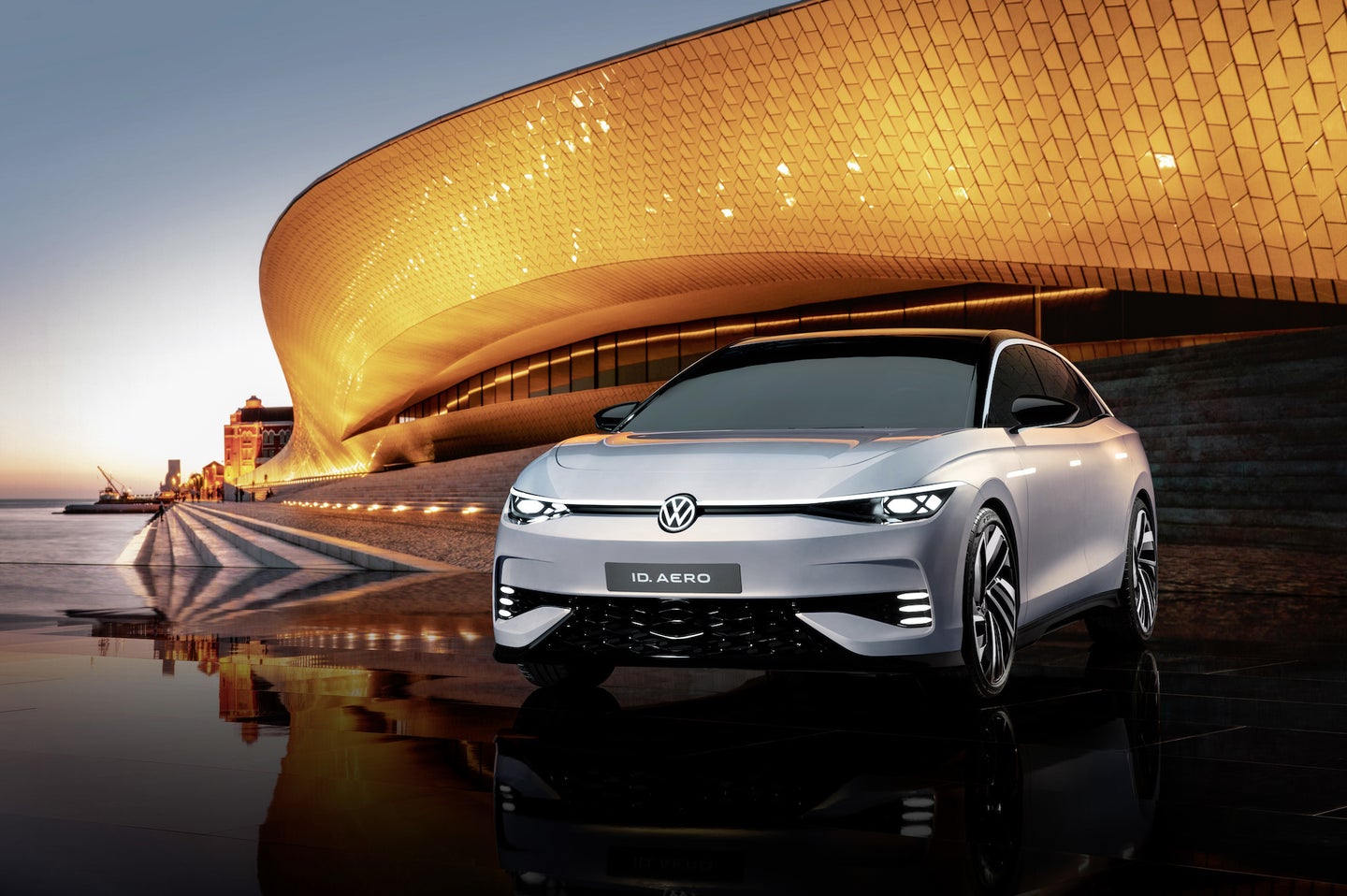 Today, Volkswagen unveiled a sleek new electric sedan—a concept vehicle it is calling the ID Aero. The announcement indicates that the automaker’s electric car clan is set to grow.

VW labels its EVs with the prefix “ID.” The only electric vehicle model from VW currently on the US market is the ID.4, which is a compact SUV. The new Aero sedan will sport a range of as much as 385 miles, and will roll on wheels that are designed to evoke turbines, the company said in a press release. Other design details include two light strips that begin at the front, near the VW logo, and wrap backwards, on either side, as well as honeycomb patterns on the front and rear.

“Following the ID.4, this model will be our next global car for Europe, China and the US,” Ralf Brandstätter, the CEO of Volkswagen Passenger Cars, said in a statement.

The company is crowing about the aerodynamics of the vehicle, which is an appropriate quality for a car named the Aero. “The roof slopes elegantly to the rear in coupé style and contributes to achieving an excellent drag coefficient of 0.23,” VW said. With that 0.23 number, the Aero will have a similar coefficient of drag as a Tesla Model S or Toyota Prius, which are 0.21 and 0.24, respectively (lower is better). Instead of regular handles to open the doors, touch-sensitive surfaces will do the trick. Other attributes of this concept car include a blingy paint job, which will contain “pigments [that] create a golden shimmer effect in appropriate light conditions.”

Another recent VW electric vehicle that is generating buzz is the ID Buzz, which is an electric model of the company’s famous little bus. A version of that EV, with a long wheelbase, is set to come to the US in 2024. Like the ID Buzz and other electric VW vehicles, the ID Aero will utilize what the company calls its MEB, or Modular Electric Drive system.

Volkswagen says that by 2030, in North America, “the proportion of unit sales accounted for by purely electric vehicles” will be more than 50 percent, and that it will cease development of vehicles that run on internal combustion engines by 2026.

[Related: FedEx is charging up its electric vehicle fleet]

In a Chattanooga, Tennessee, manufacturing facility, VW is gearing up for production of its 2023 model year ID.4 vehicles; right now, the ID.4s available on the US market were made in Germany. For the ID Aero, VW says it should be on sale in China in the second part of next year, and the company plans to start making a European version of it as well, also in 2023. Car-buyers in the US will be able to grab one sometime after that, as VW says that a version is coming to North America at some point.